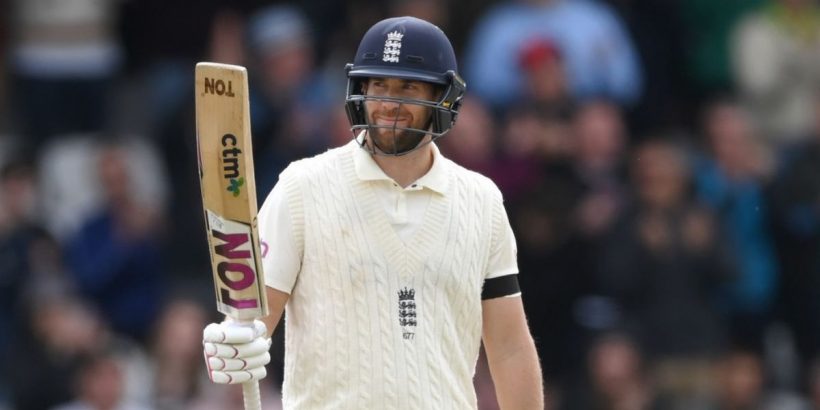 England beat India by an innings and 76 runs in the third Test at Headingley to level the series and set up a fascinating final two Tests at the Oval and Old Trafford.

James Anderson led the attack brilliantly on day one, sparking a dramatic collapse which saw India bowled out for just 78.

In response, England's top four fired with the bat as Joe Root scored his third century of the series and Rory Burns, Haseeb Hameed and Dawid Malan made fifties.

India were able to frustrate England in their second innings on day three but, with the second new ball in hand on day four, England took eight for 63 to wrap up a dominant win.

Here are five things learned from the Test.

Robinson is here to stay

Since making his Test debut back in June against New Zealand, Ollie Robinson has looked right at home in international cricket.

He took seven wickets in the match on an impressive debut which was overshadowed by the emergence of his offensive historic tweets which saw him slapped with a ban.

Robinson returned to the side for the India series and he has picked up 16 wickets at an average of 19.06, more than established world-class performers like Jasprit Bumrah and Anderson.

His five-wicket haul in India's second innings at Headingley was excellent and the Sussex star looks to have a long and successful England career ahead of him.

Speaking after the win at Headingley, England captain Root was full of praise for Robinson, saying: "It's been phenomenal to watch him perform as he has done. The Test matches he’s played, he’s had a big influence on all of them.

"He’s been around the squad for a little while now and we’ve known how skilful he is and the question was whether he would be able to back it up in his second and third spells, when the ball’s a little bit older.

"He’s shown a huge amount of skill in being able to do that time and time again throughout the series and in back-to-back games, with big workloads under his belt.

"He’s just shown what he’s capable of doing and long may that continue."

The return of Hameed to the England Test team is one which has brought much to cricket fans who have followed his struggles after what should have been a breakout series in India back in 2016.

After averaging 43.80 in India as a fresh-faced 19-year-old, Hameed was expected to become a fixture in the England team for many years to come, but he majorly struggled for runs over the next three years at Lancashire.

After getting released at the end of 2019, Hameed has gone on to resurrect his career at Nottinghamshire and earn an England recall.

His first innings back at Lord's ended in a golden duck but, after being pushed up to open at Headingley, Hameed impressed with a knock of 68 and a 135-run partnership with Rory Burns.

In his column for the Daily Mail, former England captain Nasser Hussain gave his assessment of Hameed, writing: "The return of Haseeb Hameed has given England an opener who bats in the tried and trusted way and he has had a good couple of days after his struggles at Lord's.

"I liked the way Hameed played the ball late here, as you could see in his defence when the ball landed at his feet, just as it does when Kane Williamson bats for example.

"He did go into his shell a bit on Thursday and that was the result of India at first bowling a bit fuller at him and stopping him getting his drives away. Then they went short. Hameed will have to think about that because they stopped him scoring runs on day two."

The importance of experience

Malan also made his return to England team, having not played a Test since 2018, and his experience at number three proved vital.

England have been giving plenty of opportunities to young, talented players like Zak Crawley, Ollie Pope and Dan Lawrence, but they are still developing their game and have been inconsistent – Crawley averages 28.34, Pope averages 31.50 and Lawrence averages 27.23.

All three are now currently out of the side, with more experienced performers like Malan, Jonny Bairstow and Moeen Ali replacing them.

Speaking before the Headingley Test, Root spoke about how important Malan's experience could be, saying: "Dawid would obviously offer us a lot of experience in that top three.

"Not necessarily in Test cricket but he has played a huge amount of international cricket now and dealt with pressure situations.

"He's played a lot of red-ball cricket over the course of his career and he's also had great success. He's played in a massive series in Australia away and been our leading run-scorer out there, so we know that he's capable of big things in Test match cricket."

And Malan delivered, scoring an important 70 which showcased an improved defensive technique as well as the ability to score which has made him a fixture in England's T20I side.

Pujara still has plenty to give

Cheteshwar Pujara has come in for plenty of criticism after going through a poor run of form, with some calling for the experienced batter to call time on his illustrious career.

However, Pujara has battled his way back into form over the past two Tests, making an important but scratchy 45 at Lord's and then a more fluent 91 at Headingley.

Indian opener Rohit Sharma shared an 82-run partnership with Pujara and hailed his "quality", saying: "With Pujara we have seen over the years that he is a very disciplined batter.

"Yes of late runs haven't come but that doesn't mean that quality of Pujara is gone missing, the quality is always there.

"You must have seen today the way he batted. Not the easiest situation to bat when you are 300 behind.

"The way he batted shows the character of the individual, and shows the mindset of an individual as well. Somebody who has gone everywhere and scored."

Craig Overton has had a stop-start Test career after making his debut back in 2017, playing four of his five games in different years.

England's embarrassment of riches in the fast bowling department has made it difficult for him to get much game time but, after making his first appearance in almost two years at Headingley, Overton now looks like a ready-made Test bowler.

His pace was up and he was much more consistent with his line and length, picking up six wickets in the match.

Speaking on BBC Test Match Special, former England spinner Vic Marks said: "You sense this could be a bit of a breakthrough match for Overton. He's bowled really well and is bowling with more pace since he last played for England."