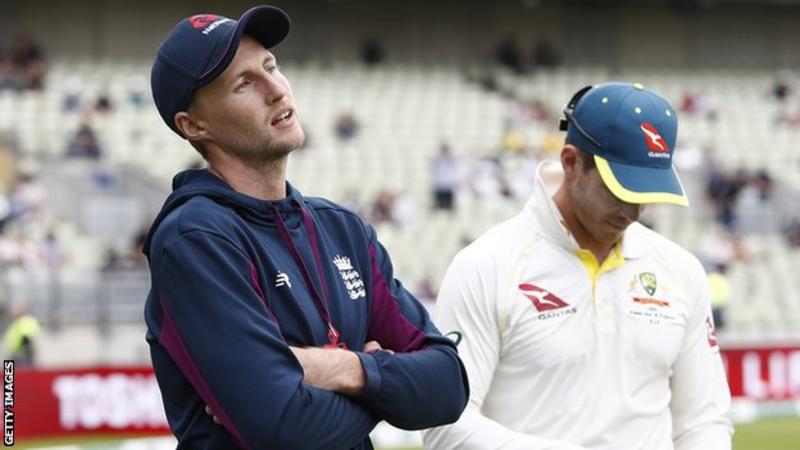 Captain Joe Root has promised his England side will “put in a really good show” as they attempt to level the Ashes series in the second Test at Lord’s, starting on Wednesday.

England find themselves behind in a home series against Australia for the first time in 14 years after a thumping 251-run defeat at Edgbaston last week.

“Generally, we’re a side that when we have our backs to the wall we come out scrapping hard,” Root told BBC Sport.

“I expect the same this time around.”

Defeat at Lord’s will almost certainly end England’s hopes of regaining the Ashes – only once in the history of Test cricket has a team come from 2-0 to win a five-match series.

But despite England losing six of their past seven Tests against Australia, Root is drawing confidence from the fact they have not lost consecutive home Tests against anyone for 11 years.

“We’re in English conditions and we really back ourselves to perform, to come back strongly after last week,” said the Yorkshire batsman.

“We have done that time and time again when we have been defeated, especially at home. I’m expecting a big response from the boys.

“Last week will have hurt everyone and everyone will be desperate to win this week. I expect nothing less.”

With uncertainty over the weather in London – days one, three and four are currently shaping up to be wet – Root declined to name his final XI on Tuesday.

If Denly is left out, that would mean another rejig of the batting order, while the omission of Leach would leave England with five pace bowlers but no frontline spinner.

“We’ve picked a 12 and we’re sticking with that 12 until we have more information,” said Root.

“There’s a bit of weather around and we’ll see what the pitch looks like as well. We’ve seen it change quite drastically the last few times we’ve been here. It’s important that we give ourselves as many options as possible.”

While England can point to their strong home form, Australia have enjoyed plenty of success at Lord’s, losing only three times at the home of cricket since 1896.

However, captain Tim Paine said history would count for little over the next five days.

“It’s irrelevant,” Paine told ABC. “We had the flipside of it in the first Test, with England having a fortress at Edgbaston.

“At the end of the day, it’s a cricket ground with a cricket pitch in the middle. It doesn’t matter what other teams have done here, because the other teams are not us.”

Australia have whittled down their touring squad to 12 for the match at Lord’s, with pace bowler James Pattinson rested after playing at Edgbaston.

Fellow pacemen Josh Hazlewood and Mitchell Starc are vying to come into the final XI.