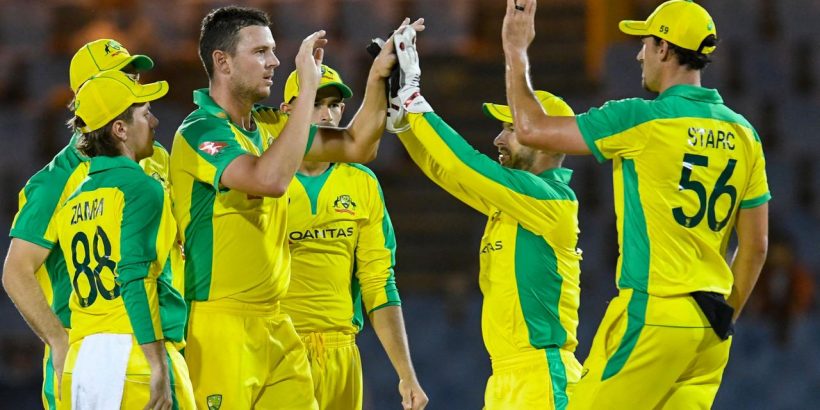 Bubble fatigue forced several of Australia’s best players, including David Warner and Glenn Maxwell, to opt out of the white-ball tour of the West Indies, only to be locked down at home.

In Saint Lucia and now Barbados, getting to the beach and even playing golf in the West Indies has helped mitigate any bubble issues for the Australians who did travel and are now set to head into a much tighter regimen when they go to Bangladesh.

The subcontinent country will enjoy a brief escape from the full lockdown ordered on July 1, amid a renewed surge in Covid-19 cases, to celebrate the Islamic festival of Eid al-Adha, which health experts fear could lead to further outbreaks.

Australian fast bowler Josh Hazlewood said the players, who play two more one-day internationals in the West Indies, had been informed of the situation they were set to head into for five T20 games against Bangladesh and were comfortable with the arrangements as presented to them.

“We’ve had a few meetings about what it’s going to look like in Bangladesh, it’s obviously going to be quite tight restrictions within the bubble,” Hazlewood said from Barbados.

“I think it’s going to be purely at the hotel, or the cricket ground, which we have done before and we are used to.

“It’s quite a short trip as well, which is good. I think it will be no dramas and we will get that done on the back end of this tour.”

The five T20s in Bangladesh could be played in as few as eight days, with the schedule to be confirmed. It will be Australia’s first visit to Bangladesh since 2017.

Hazlewood and the Australian squad have been away since June 28, but the veteran fast bowler said it was a more free bubble in the West Indies compared with previous tours during the pandemic.

“It’s been OK, in Saint Lucia we were able to get to the beach a few times and the golf course,” he said.

“Here (in Barbados) we are close to the beach as well, getting out and about enough. The bubble is tougher than normal circumstances, but we are doing enough to get away from cricket and enjoy ourselves a little bit.”

Hazlewood opted in to the current tour, having decided against going to the Indian Premier League in April, which was abandoned, to push his claims to play in the T20 World Cup in October and November.

Playing in that tournament could, however, mean he gets no red-ball practice before the Ashes at home this summer.

Two weeks of quarantine on arrival home could mean he and fellow fast bowlers Pat Cummins and Mitchell Starc miss all of the six Sheffield Shield games slated for before the Ashes, depending on how far Australia goes in the World Cup.

But Hazlewood dismissed that as a concern, pointing to the opening Test win against India last summer, a performance that also came after training in quarantine after a white-ball tour of England.

“We showed last year that not playing a red-ball game doesn’t really have an impact,” he said.

“Patty (Cummins) and I did quite well, especially in that first Test and then through the summer, and that was on the back of no red ball cricket.

“I’ve said this before, my role in white-ball cricket is not too dissimilar to Test cricket, just trying to hit the top of off (stump).

“Whenever I am bowling in international cricket I feel I am in a good position to play whichever format.”