With international sport either cancelled or postponed because of the coronavirus pandemic, host captain Eoin Morgan says it could be the way forward to advance the game. 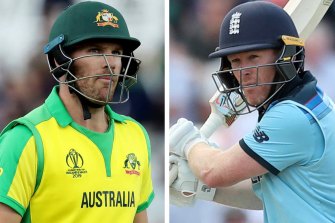 "From a very serious point of view, if medical experts advised us it was OK to play behind closed doors and it was on TV, I think that would be a huge step forward for the game."

The ECB has announced an emergency £61 million ($124 million) stimulus package to keep counties and clubs afloat during the pandemic due to a fall in revenue during what should be English cricket's peak commercial months.

Centrally contracted England players will not be approached to take a pay cut but may discuss the option on a voluntary basis.

When asked if he would consider such a prospect if a request was specifically made to him, Morgan replied: "I'm extremely willing to help where I know it will make a difference.

"In the extremely uncertain times where no one seems to have any answers on the actual impact it will have on international cricket, English cricket, county cricket … I'm open to absolutely everything."