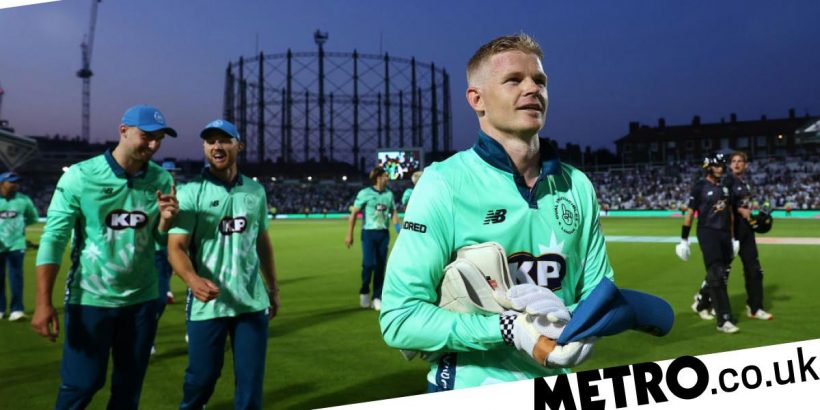 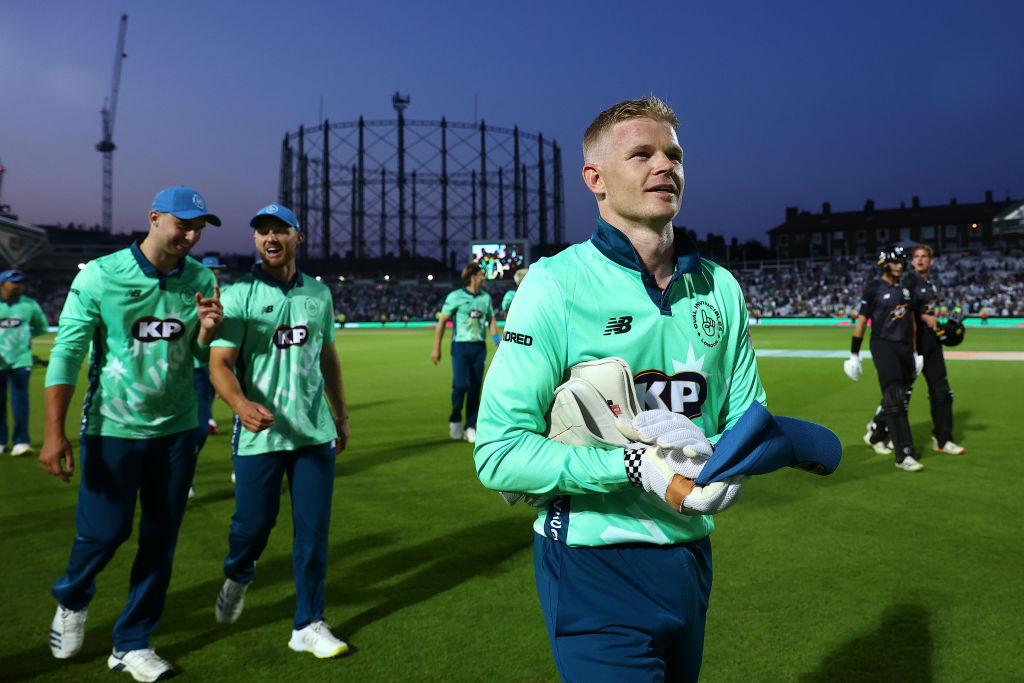 Sam Billings said his first experience of The Hundred was ‘unbelievable’ after leading Oval Invincibles to an impressive victory over Manchester Originals.

The Kent and England wicketkeeper made 49 from 30 balls to take the Invincibles to 145-8 from their 100 balls at The Oval.

The home side were stuttering at 16-2 and 48-4 but Billings’ superb knock and a cameo from Tom Curran (29* from 18 balls) saw the Invincibles post a competitive score.

Sam Curran and Sunil Narine then starred with the ball as Manchester Originals were restricted to 136-7, with Carlos Brathwaite briefly threatening to stun the hosts before falling for 37.

The Oval Invincibles women’s team beat Manchester Originals in the first ever Hundred fixture last night and the men’s side made it an early double for the south London franchise.

‘It was an unbelievable night,’ Billings told Sky Sports. ‘It’s great to get our first win on the board and follow the women’s example from last night.

‘It was great to see two Surrey lads [the Curran brothers] close it out on their home ground too. I think you want around 150-160 in The Hundred, but on that pitch, we were about par and then we bowled really well.’

Manchester Originals skipper Jos Buttler, meanwhile, insists he also enjoyed his first Hundred match despite ending up on the losing side.

‘I love the product, I had a great night despite the result,’ said the England wicketkeeper, who made a scratchy eight from ten balls.

‘As the tournament goes on, I think more tactics will unravel but I really enjoyed it. It certainly felt quicker. You’ve got to be really quick with your decision-making. I really like the format.’

Curran – who took 2-27 from his 20 balls, dismissing recent England debutant Phil Salt and the dangerous Brathwaite – added to the BBC: ‘What an atmosphere, I’ve never heard The Oval that loud.

Manchester Originals still had an outside chance of victory while Brathwaite was at the crease but the West Indian all-rounder holed out in the final five-ball over.

He said: ‘I didn’t do my job, you got to bring it home. I did enough to try and bring it deep, that was the plan but it didn’t work unfortunately.’