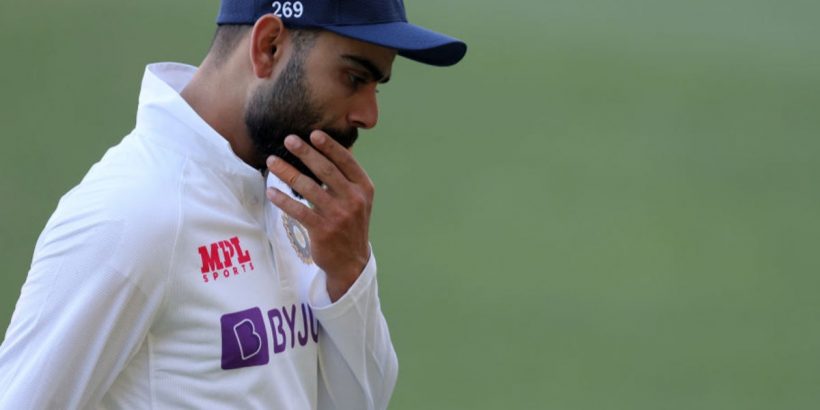 Virat Kohli has reacted angrily to debate around Indian pitches

India captain Virat Kohli has reacted angrily to ongoing debates around the pitch in Ahmedabad, blaming England’s two-day defeat in the third Test solely on “a bizarre display of batting”.

There has been no shortage of critique around the pitches, though much of the argument has settled along partisan lines, with most of the disapproval coming from outside India and the case for the defence coming from within the home camp.

The matter may not be settled until the official pitch ratings are published but, on the eve of the fourth and final Test, Kohli positioned it as a concoction of pundits and reporters.

His feistiness on the issue has done little to alter expectations that the ball will spin hard and early once more at the Narendra Modi Stadium as his side look to confirm a spot in the World Test Championship final.

“There’s always too much noise and conversation around spinning tracks. If you win a Test on day four or five, no-one says anything but if you win in two days everyone pounces on the same issue,” he said.

“I’m sure that if our media is in a space to contradict those views it could be a balanced conversation, but unfortunately everyone plays along with that narrative and keeps making it news until the time it’s relevant.

“The reason for our success as a team is we haven’t cribbed about any pitches we’ve played on. We lost in New Zealand on day three in 36 overs and none of our people wrote about the pitch. It was about how India played badly in New Zealand. None of the pitches were criticised, no one spoke about ball moving, the grass.

“We need to be very honest with ourselves, what space we are talking from. What’s the idea behind continuing this narrative and what purpose does it serve to continue this one-sided conversation?”

Kohli has hardly set the series alight with the bat, scoring 172 runs at 34.40 in five attempts, but remains more than happy to attribute low-scoring to human error rather than any external factors.

England have suggested the pink ball used in the day/night Test skidded unpredictably but that suggestion did little to persuade the home skipper.

“I don’t understand why a cricket ball or pitch are brought into focus. Why don’t we focus on the fact that the batsmen were just not skilled enough on that pitch to play properly,” he said.

“It was a bizarre display of batting by both teams. I will maintain that because I’ve played the game long enough. It’s not a change in ball colour. It’s still round and weights 5.5oz, I don’t know what difference it makes suddenly. If you just make a cricket ball or the pitch helping the bowlers the focus, you’re not really reading the game properly in my opinion.”