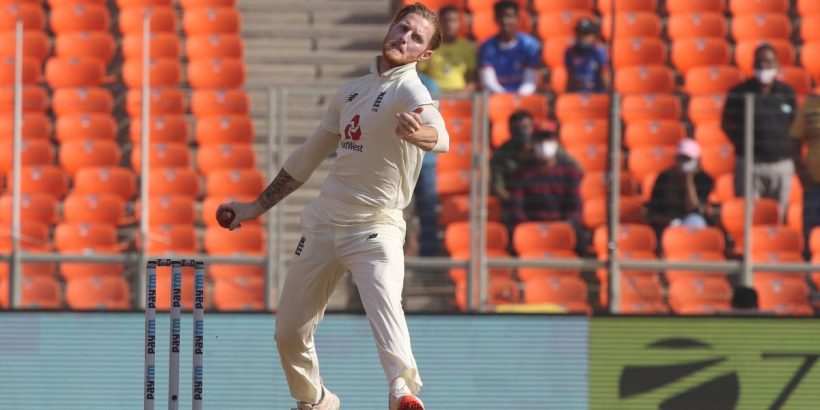 Ben Stokes was left on his haunches and kicking the turf in frustration after throwing everything he and England possibly could at India, only to see it repelled by Rishabh Pant's 101.

The Mirror Sport columnist was once more described as England's 'superman' as he hauled his body into bowl time and again in energy-sapping temperatures that topped 41 degrees on his way to 2-73.

But Pant was equal to it, biding his time and curbing his natural instincts until he could release the shackles and take advantage of England's tiring attack.

Wicket-keeper Pant arrived at the crease at 80-4, 125 behind and with plenty of work still to be done. By the time he was finished he had collected a third Test ton and put India way out in front with a lead of 54 and with power to add.

India closed out day two on 294-7 with the lead now standing at 89 thanks to both Pant's ton and 60 not out for Washington Sundar who has been quietly effective.

A mighty slogged sweep for six off Joe Root took Pant to his hundred and there was an outrageous reverse sweep off Jimmy Anderson that caught the eye.

But Pant only brought out these shots once he had done the hard patient work beforehand and saw the second new ball as the perfect time to attack. He was right.

It was high quality Test cricket and it is worth noting that Stokes had done a pretty good job as England's second seamer, opening bowler and inspiration.

With Anderson even more effective in taking 3-40, England would have been kicking themselves that they only had two quick men when three or even four would have been ideal.

Without that support they still gave it everything with commentator and former England spinner Graeme Swann stating: "Stokes has put in a gargantuan effort for his side. He was on his haunches at times, being given electrolytes and all sorts to keep him going a bit longer.

“He's been up against it with illness and yet he keeps going. He's been pushed to his limits, he's put in a massive effort for his team and he's playing the superman role once again in this test match."

Stokes struck crucially early on to remove the dangerous Virat Kohli for a duck when he edged a lifting ball behind to the keeper.

And he did for in form opener Rohit Sharma with an inswinger that trapped him lbw for 49 as runs were hard to come by.

But once Jack Leach had grabbed his second wicket of the day to remove Ravichandran Ashwin, to reduce India to 146-6, Pant and Washington Sundar began to turn the tide.

They had to be patient though, with Stokes, Anderson and Leach delivering for their captain, but with Dom Bess lacking confidence and control the Indian pair turned the screw as the heat took its toll.