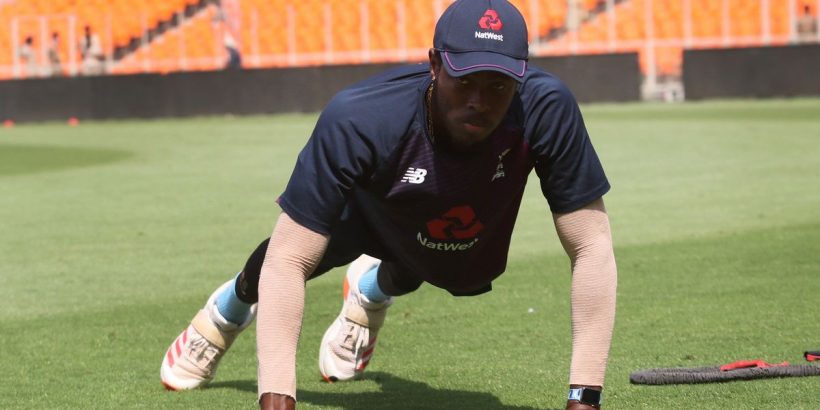 Stuart Broad has backed ‘frustrated’ Jofra Archer to get through his elbow injury woes and return as a three format cricketer for England in time for the T20 World Cup and Ashes.

Archer is facing an extended period on the sidelines if, as expected, he undergoes surgery on his right elbow later this week.

But Broad reckons talk of him picking white ball cricket over Test cricket are still wide of the mark for the 26-year-old, and instead England must simply prioritise the cricket they want him to play over some other series.

“I saw him this morning,” said Broad. “He is in decent spirits but I think it's been frustrating for him.

“The next step is probably a little bit more intensive than rest and recuperation now isn't it? It’s got to that stage where he’s got to get things sorted. “If I was looking at Jofra Archer, I’d want him bowling my last over in the T20 World Cup and I'd want him playing at Brisbane.

“Jofra can play a huge part in all three formats. If that means that he has to miss certain games along the way, that’s part and parcel of being a talented cricketer.

“It's still too early for Jofra to start having doubts of whether he’s a three format cricketer but he needs to get very clear in his mind what cricket he wants to be absolutely fit and firing for.”

As a one time skipper of the T20 side, Broad is no longer a multi-format player for England with Test cricket his one and only concern.

And at 34, Broad accepts that the reduction in workload has helped to, not only prolong his international career, but keep the enthusiasm for it burning as brightly as ever.

Barring a run-in with former National Selector Ed Smith last summer, Broad has been an ever-present in the England side at home for the best part of a decade and he would love to continue that trend across all seven matches this summer.

However if he misses a match against New Zealand this time he accepts that looking at new player like Ollie Robinson may be worth the price. “I think going forward is it realistic I’m going to play every Test? No,” admitted Broad. “But if the communication is done well then you understand the reasons for it.

“Ed probably didn’t rate me as much but I kept finding a way to prove some selection decisions wrong.

“If I had a choice I'd want to play all seven. I pride myself on being available and ready. I'm bowling well, taking wickets for Notts and helping win games.

“Test caps aren' there to be given out free and cheap. We work very hard for the opportunity to play Test cricket and you have to earn your stripes.”

Lifebuoy and Chance to Shine have partnered to try and double the handwashing rate in the UK and Stuart Broad was helping by coaching children at Hague Primary School.