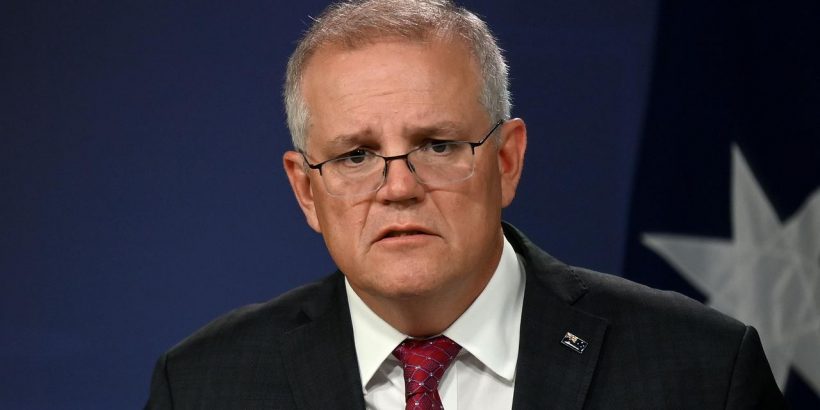 After serving as a commentator for the Indian Premier League, Slater escaped from India earlier this week as the country’s coronavirus situation worsened.

There were nearly 400,000 new cases registered across India on Sunday in the world’s fastest-growing outbreak.

According to The Australian, the former Test opening batter found his way to the Maldives where he will wait until he can legally return home.

On Saturday, Morrison’s government introduced fines of up to $66,600 or five years in prison for anyone defying the travel ban preventing Australians returning home from India.

Slater tweeted on Monday evening: “If our Government cared for the safety of Aussies they would allow us to get home. It’s a disgrace!

“Blood on your hands PM. How dare you treat us like this. How about you sort out quarantine system.

“I had government permission to work on the IPL but I now have government neglect.”

On Monday, Mr Morrison slammed claims that the ban is racist, warning he’s making the “hard calls” that have helped save 30,000 Australian lives.

“We are deeply, deeply concerned about the humanitarian crisis in India. But the best way I can get them safely home is by doing what I am doing right now,’’ the Prime Minister told 2GB radio.

Speaking on ABC’s 7.30 on Monday evening, human rights lawyer Geoffrey Robertson said: “These directions aimed at Australians who happen to be in India at the moment are objectionable on a number of counts … they infringe Magna Carta and the idea of democracy.”

Prime Minister Scott Morrison speaks to the media during a press conference in Sydney.Source:News Corp Australia

A huge international effort is underway to deliver much-needed oxygen to cities around India where coronavirus cases have skyrocketed to the point where people infected, including babies, have died while waiting for treatment outside hospitals.

Long queues were seen at vaccination centres across the weekend, with people desperate to be inoculated against a disease that has overwhelmed the healthcare system.

Social media platforms have been flooded with pleas from people looking for oxygen cylinders, medicines and hospital beds as the COVID-19 wave causes widespread shortages.

Kolkata’s players and staff have been placed in isolation after Varun Chakravarthy and Sandeep Warrier tested positive to the virus.