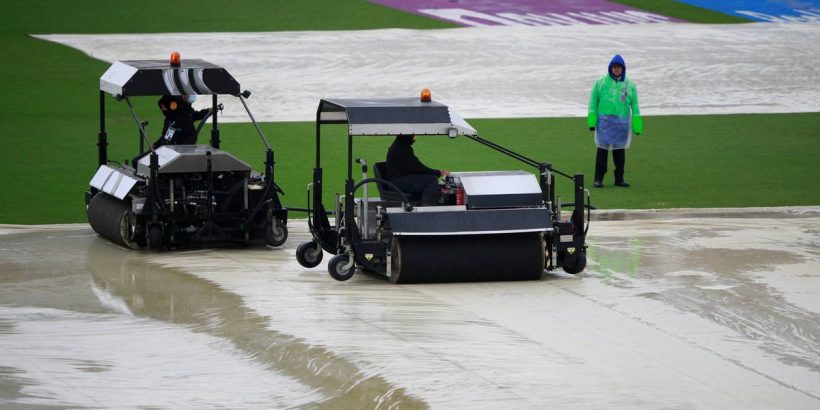 Black Caps fans shouldn’t give up hope following a second washed out day at the World Test Championship final in Southampton.

With day four seeing no cricket being played it leaves just two remaining days to decide the inaugural final between New Zealand and India.

As it stands the Black Caps trail India by 116 runs with eight first innings wickets in hand.

The TAB has the draw as the overwhelming favourite result option paying $1.27. New Zealand are paying odds of $3.85 to pull off the win while India are big outsiders at $16.

A draw would mean the two sides would share the title and prizemoney.

The ICC’s wisdom may be questioned for scheduling a final at an England venue that has a history of washed-out draws but they should be commended at least for having the foresight of creating a sixth day in case of lost play.

“This game would be going for a draw if it was [being played] under the five standard days. Plenty of time left in the game – no need to panic. We’ll certainly be going into the sixth day,” Black Caps bowling coach Shane Jurgensen said after day three with rain already on the forecast for last night’s action.

With two full extended days remaining that leaves a maximum of 196 overs left for a result.

And the good news is the forecast looks positive for the final two days with cloudy conditions expected tonight followed by a sunny final day.

For the Black Caps to launch a bid for victory the plan would be to bat once, build a lead and dismiss India on the final day.

With 98 overs scheduled for day five, the Black Caps could bat for 90 overs at their current run rate of 2.06 and would be left with a lead of around 70 runs with some overs in hand to try and get a breakthrough before stumps.

There would be an incentive however to quicken the run rate over the day and ideally have a lead of around 150 before thinking about sending India back in. That would mean upping the run rate to just under three runs per over.

The first task for the Black Caps will be to reach lunch unscathed and pass India’s total, which would practically rule out any chance of an Indian victory.

Then that would give them two full sessions to build a lead and the option of letting aggressive batsmen Colin de Grandhomme, Ross Taylor and tailenders Tim Southee, Neil Wagner and Trent Boult free their arms a bit.

And then there would be the tall order of bowling out one of the best batting orders in test cricket. They are prone to the odd collapse however, being bowled out for 36 by Australia over the summer.