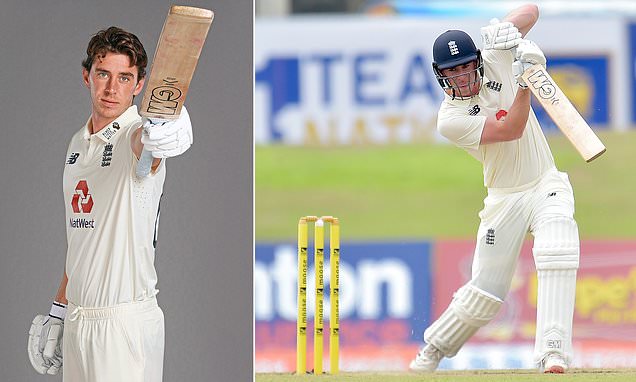 ‘I was too busy thinking how I would celebrate if I got a ton!’: Dan Lawrence missed out on a stunning hundred on his Test debut… now he’s dreaming of reaching the magic number at Lord’s

Dan Lawrence admits to getting ahead of himself as he closed in on what would have been a dream century in his first Test innings.

‘I was starting to think about my celebration if I got to three figures,’ said the Essex batsman of that big day in Galle when he had made his way to 73.

‘That’s probably not great but things get stuck in your brain when you’re in the middle. 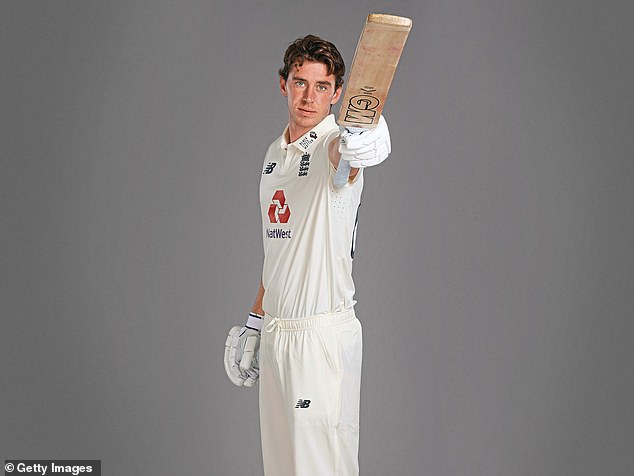 ‘I was thinking, “Am I going to be low-key here or quite aggressive with my celebration?” I think it would have been quite reserved. The classic helmet off, try to look chilled and don’t show how excited you are on the inside. That’s what I’d have gone for but, to be honest, I should probably have just carried on batting.’

He should not have to wait too long before he can start planning that celebratory moment again. For Lawrence looked like he belonged at the highest level in a highly demanding first winter of Test cricket and has every chance of starting for England against New Zealand at Lord’s in June.

‘I was really disappointed not to make a hundred,’ added Lawrence of that debut in the first Test against Sri Lanka in January. ‘It’s a stupid sport, isn’t it? You’re never satisfied with what you get.

‘If I’d been offered 70-odd before I batted I would have snapped your hand off but when you get out you always wish for more. It would have been a fairytale start to get a hundred but looking back now I’m happy with 73.’ 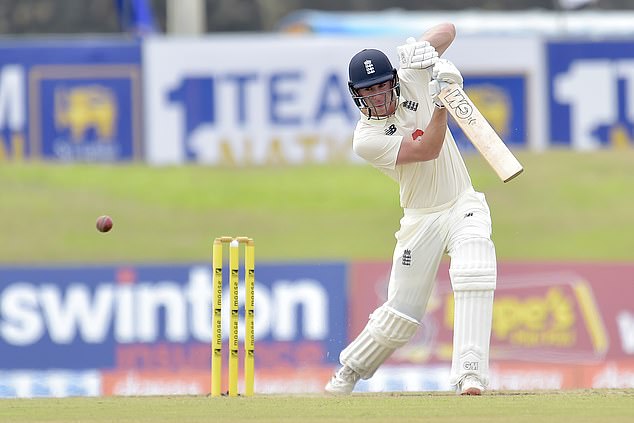 Lawrence, at 23, is an engaging character who talks with an easy confidence that stops short of sounding arrogant. He has long felt destined to play for England and when his chance came he responded with two half centuries in five Tests against Sri Lanka and India, in which he was moved around the order from five to three and then seven. Crucially, he looked and felt at home.

‘Test cricket was definitely as challenging as I thought it would be,’ he tells Sportsmail back at Chelmsford preparing for next week’s start of the County Championship season. ‘I had these images in my head of what I expected and, the thing is, I had prepared myself to make my debut in England. It’s what I would think about all the time.

‘So I didn’t expect to start on Bunsens (turning pitches in Sri Lanka and India). It was really tough at times against the spinners but I’m guessing it can’t get much harder than it was out there. And it did feel like getting a monkey off my back to play a Test.’

What Lawrence had not prepared for was becoming the first player to make his England Test debut behind closed doors.

‘It was such a shame not to have fans there, because Galle is such a beautiful ground and apparently when the Barmy Army are there it’s brilliant,’ he said. ‘It would have been lovely to play in front of a crowd but honestly I wouldn’t change it for the world now.’ 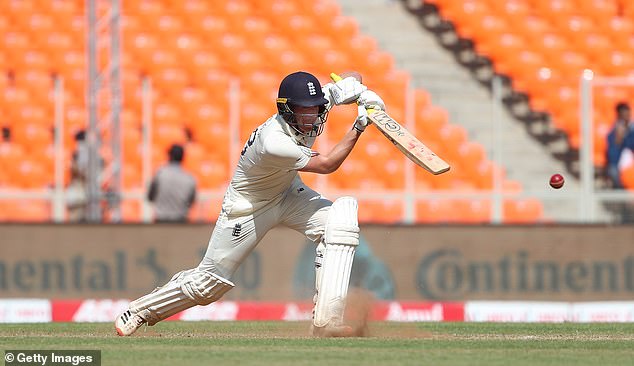 Apart, perhaps, from having his family there. Lawrence lost mum Claire to a long illness last year and he has a close bond with dad Mark, the groundsman at his home Chingford Cricket Club, and younger brother Tom, a professional wrestler who goes by the name of David Wreckham.

‘I had no idea dad was going to be on the radio after my debut and I was a bit worried what he was going to say, but he did a really good job,’ said Lawrence. ‘And I saw in one paper there was a headline about my brother that read ‘LB WWE’ which was quite funny. The Chingford boys loved that.

‘Dad lives and breathes cricket and was chuffed to bits for me. Every conversation I have with him, he spends 20 minutes telling me how good his grass is.’

Mark Lawrence might get the chance to compare his grass at Kimberley Way in north east London with the hallowed turf of Lord’s if his son makes his home Test debut on June 2.

Dan gave himself every chance with a half-century at seven in the final Test against India. It was quite a contrast to being asked to bat at three in the first Test at the last moment, when Zak Crawley slipped and injured himself on a dressing-room floor. 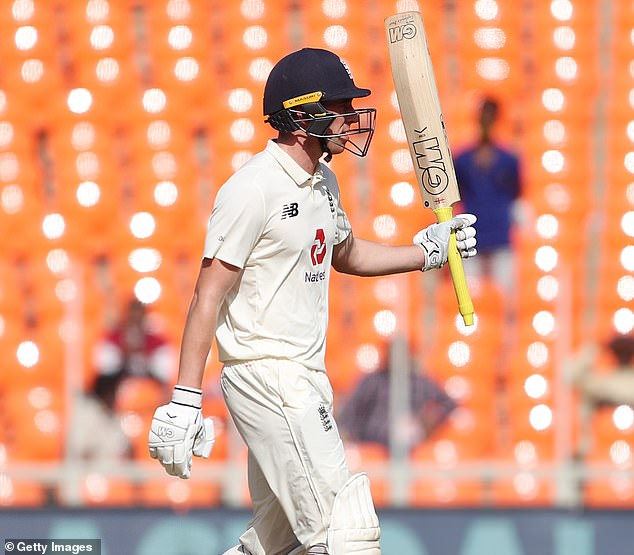 Lawrence finished the India series strongly, scoring a fifty in the final Test back in March

‘I’ll bat anywhere,’ insisted Lawrence, who had not been that high for Essex for four years. ‘If I’m asked to bat at nine I’ll bat at nine. I actually enjoyed the challenge of three even though I wasn’t that successful there.

Now he has seven Championship matches with the defending champions from 2019 and last year’s Bob Willis Trophy winners before the first Test to stake his claim as an alternative to Ollie Pope in the middle order. Or for one of the places that could be made vacant by IPL absentees.

And perhaps that celebration for a maiden Test century might come at the home of cricket. ‘I’ll certainly be thinking about that if I do play against New Zealand,’ he added. ‘I don’t know how I’ll react if I do get to the magic hundred. I just hope I’ll get there so I can find out what I will do.’

There seems little doubt that moment will come. Probably sooner rather than later. 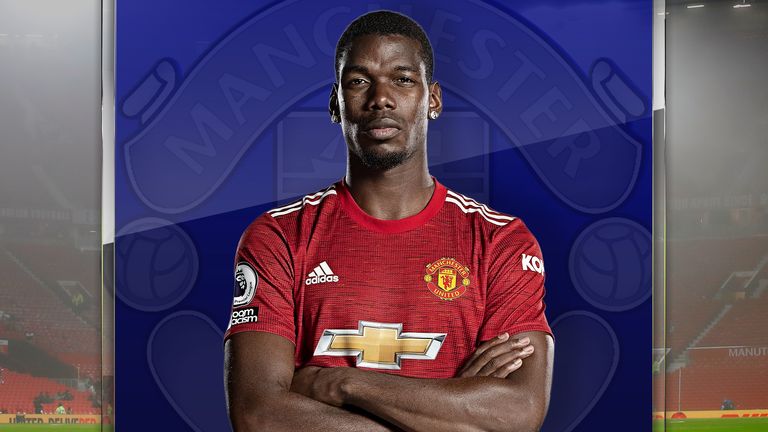