Not even some lusty late hitting that gave England a chance of saving face on Thursday could camouflage the woeful extent of an Ashes dress rehearsal that has gone badly wrong.

The second day of what was meant to be a gentle warm-up exercise for the bigger battles ahead turned into another sorry mess for an England side that simply cannot execute the simple disciplines of Test match batting.

They could not have been in a better position at Lord’s to recover from the first day embarrassment of being skittled by Ireland and gain some all-important red-ball practice. 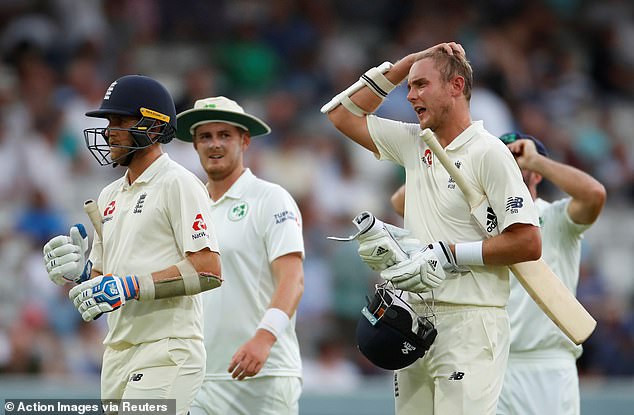 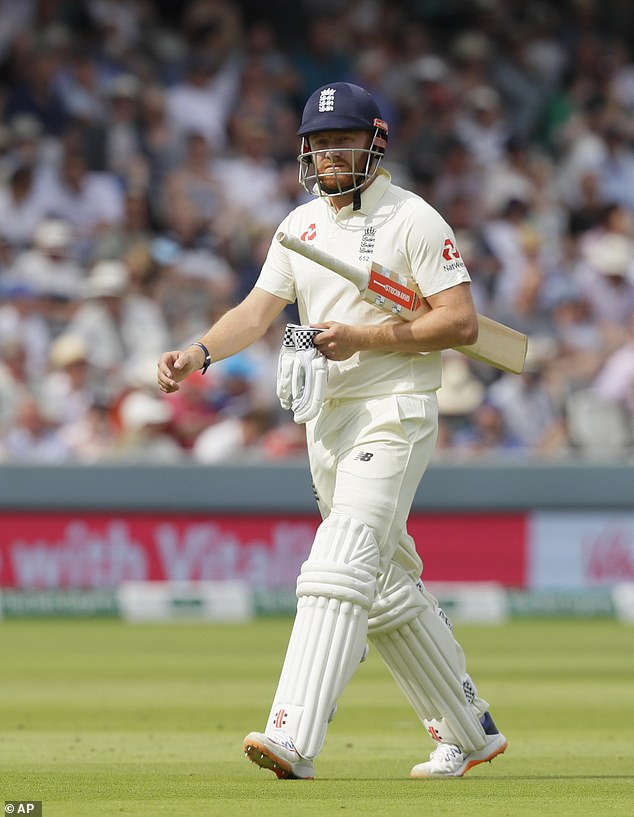 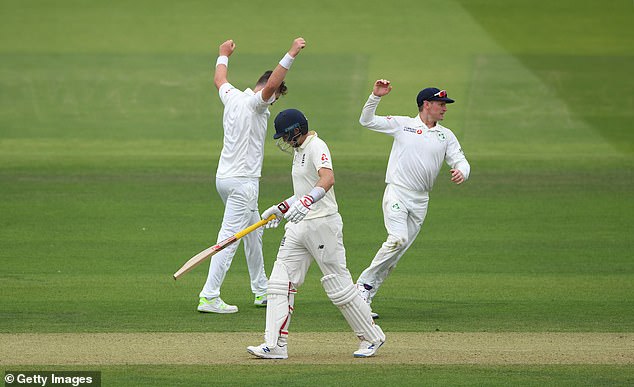 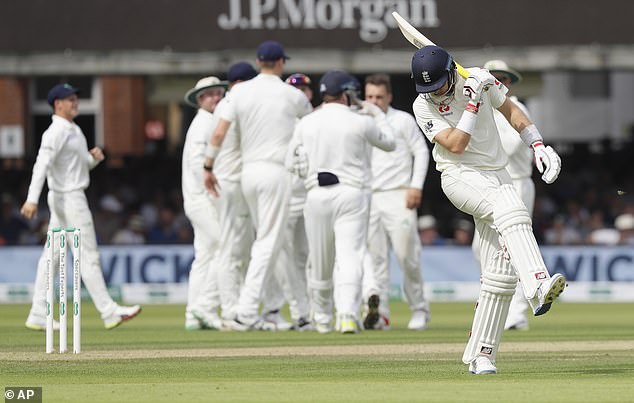 Surely, at 171 for one on a flat pitch against an ageing Irish attack inexperienced at this level and wilting in the sultry heat, even England could push on to a decisive score?

Not a bit of it. Instead they simply gave it all away in a miserable display of quite pathetic batting that, in many ways, was even worse than being demolished for 85 on a first morning green-top while still in a post-World Cup fug of euphoria.

When the threat of lightning cut short another tumultuous day here, England had stuttered to 303 for nine and a lead of 181 that should provide a test of Irish mettle on Friday when in sight of what would be the greatest win in their cricketing history.

But even if England somehow pull off another dramatic escape they must be hugely concerned about batting that has not been able to cope with Ireland’s motley crew of county hopefuls and misfits, let alone Australia’s pedigree attack.

Nothing epitomised their own lack of mettle and nous better than the dismissal of the one man who should have been able to set the right example in Joe Root.

While the captain was there England would have been confident of building on the perfect platform laid by the unlikely couple of nightwatchman Jack Leach and debutant Jason Roy and complete the recovery from their first day misery. 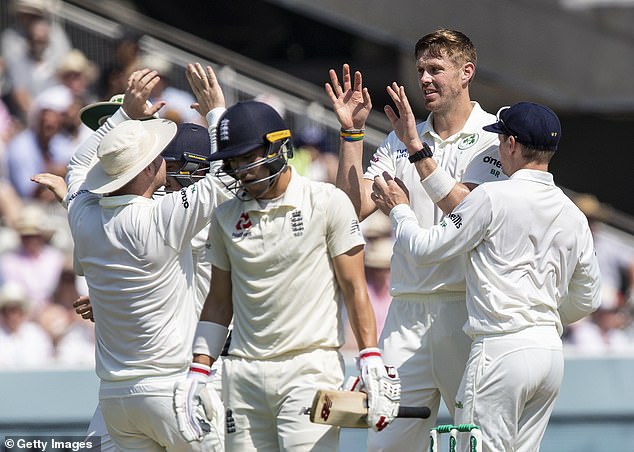 Boyd Rankin celebrates taking the wicket of Rory Burns, who has struggled at Lord’s 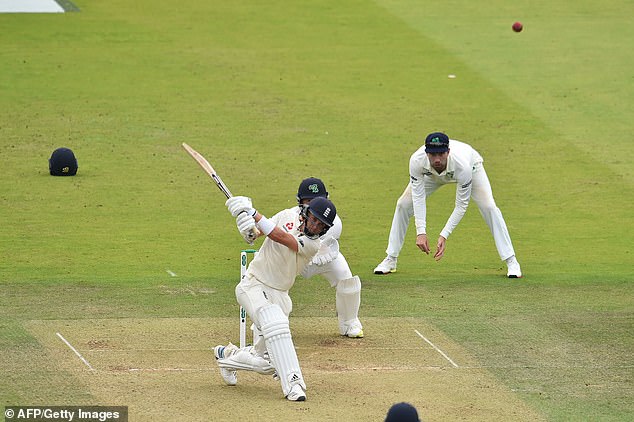 Yet, inexplicably, Root came charging down the pitch to Mark Adair, impressing again for Ireland, and edged a loose drive to Gary Wilson that left England seven down and reliant on a desperate counter-attack from Sam Curran and Stuart Broad to stay in the hunt.

Maybe it was frustration in making only 31 from 64 balls or maybe Root was still stuck in one-day mode but his capitulation was an indictment of England’s all-out attacking policy that simply has to be moderated at times in the longer form of the game.

Root was not the only one among England’s World Cup winners who has just not looked in the right frame of mind for this match but at least he had good reason to play as the captain of a side beginning a run of six Tests in just over seven weeks.

Jonny Bairstow has no such excuse. It was left to each England player to decide whether they wanted to rest after the huge mental effort of winning the World Cup but Bairstow was insistent he did not want to join Ben Stokes and Jos Buttler on the sidelines.

Perhaps he did not want to give Ben Foakes another chance to impress with the gloves but Bairstow has looked distracted throughout this one-off Test and completed the most dismal of pairs when he was lbw to the rampant Adair.

There was a World Cup hangover, too, for Moeen Ali who does not look capable of buying a big score and again submitted meekly when the pressure was on while Chris Woakes aimed another loose drive to add to first day bowling that was down in pace. 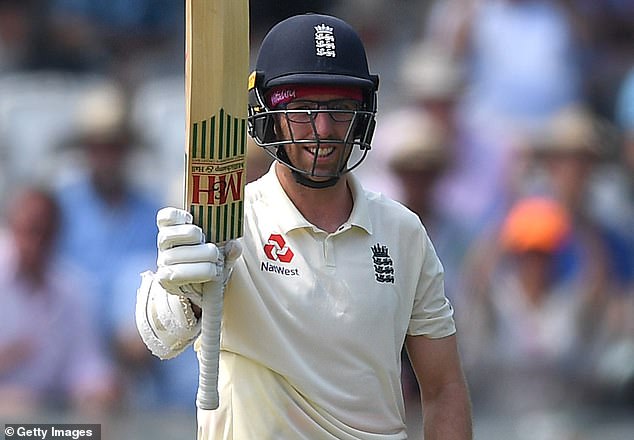 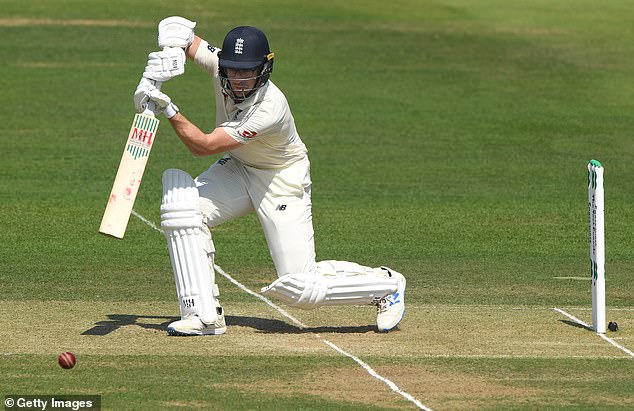 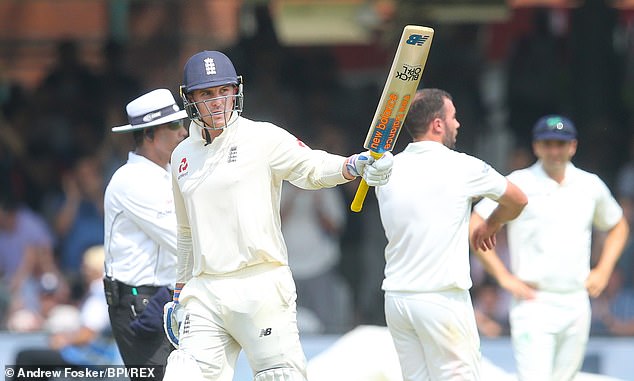 At least Roy among the ‘World Cup five’ did himself a power of good with 72 off 78 balls that demonstrated how he just might take a Test or two away from Australia if the force is with him over the next few weeks.

It was perhaps pertinent, though, that Roy’s contribution came at No 3 because of the protection afforded him by a nightwatchman in Leach on the first day rather than in the opening berth that he will be thrown into again at Edgbaston next week.

It is still that oh so troublesome top three that will be England’s biggest worry next week with nothing that has happened here easing concerns of trouble ahead when Mitchell Starc and company come calling in Birmingham.

Rory Burns was introduced to Test cricket because of his prolific form for Surrey but with a technique that looked unsuited to the highest level. Now the runs have dried up he is left with just a jumble of moving parts and major concerns about what lies ahead.

The Surrey captain will start the Ashes, not least because of the dearth of options, but the odds against him finishing the series have lengthened here after a second failure when he pushed far too loosely at Boyd Rankin and edged through to Wilson.

Another man certain to start the Ashes is Joe Denly but he could hardly not do now after he was done in cold blood by his captain when he answered a call by Root and then left stranded and run out. An opportunity wasted but not Denly’s fault. 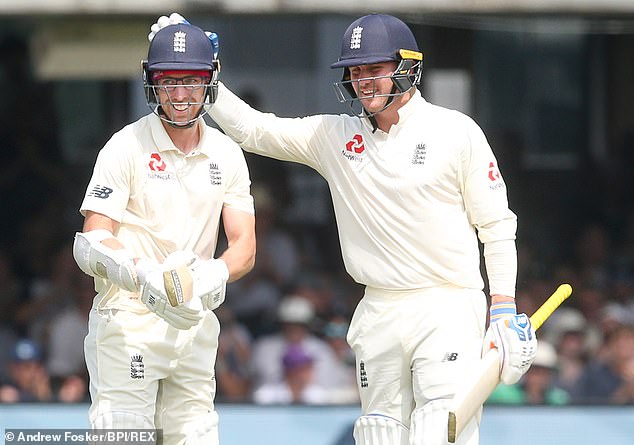 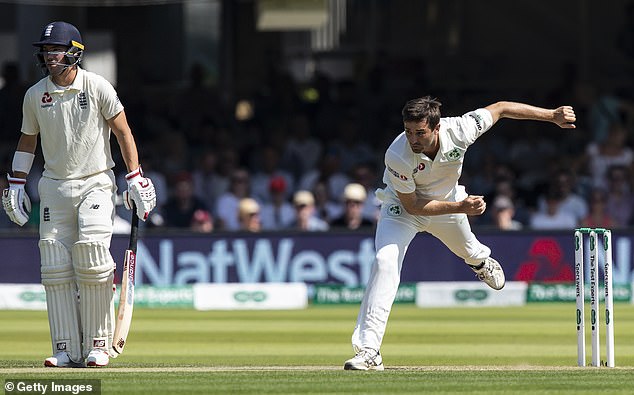 Of all the batsmen England wanted to spend time at the crease Leach would have been a long way down the list, not least because he is still highly unlikely to feature at Edgbaston despite the ongoing problems of Moeen.

But it was the Somerset spinner who led the way with a defiant and gutsy 92 before he became the fifth English nightwatchman in Test cricket to fall in the 90s when Adair finally clung onto the fourth chance offered by Leach.

He may have rode his luck in being dropped on 64, 72 and 92 but this was a superb effort from Leach who, in his glasses, resembled the ‘bank clerk who went to war’ in David Steele when he defied the Australians in 1975.

While Leach and Roy were together all was calm but when Roy missed an expansive drive after a stand of 146 – that will happen with him and we will have to accept it – the gates suddenly became open and Ireland stormed through.

If Ireland go on to make history on Friday they will thoroughly deserve it but if England get out of jail questions will still remain. The World Cup seems an awful long time ago now. 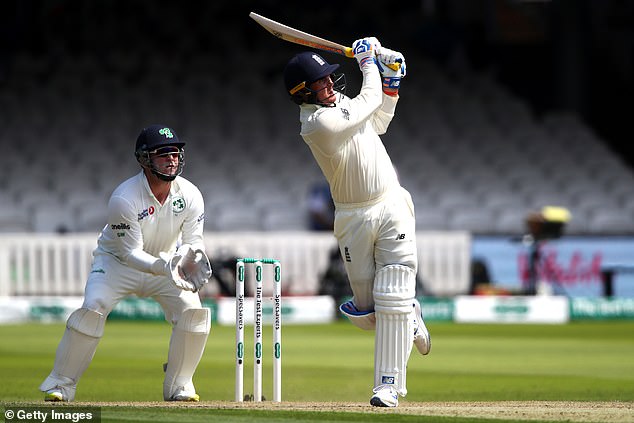 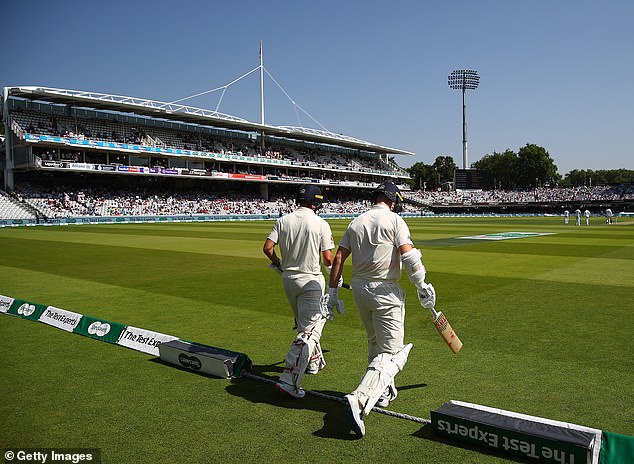