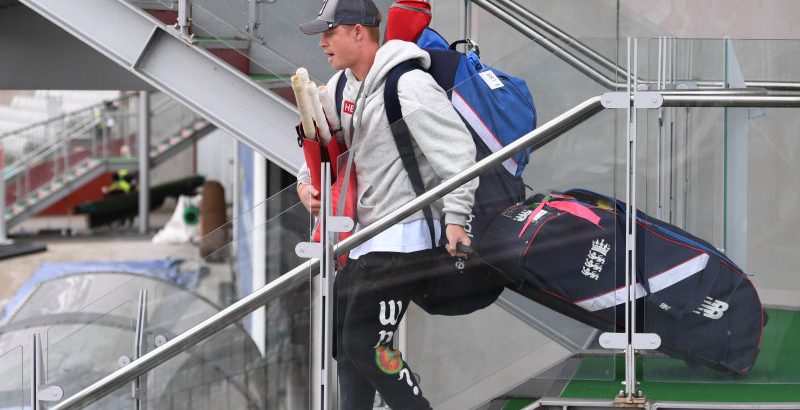 India are arranging to fly out of Manchester for the Indian Premier League, leaving English cricket scrambling to fill a £40 million ($75 million) hole after the fifth Test was cancelled 90 minutes before the toss.

The England and Wales Cricket Board was furious when the match was cancelled after round-the-clock talks failed to persuade India to fulfil the fixture. 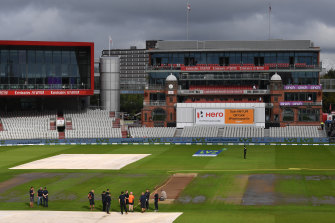 Old Trafford staff gather on the field after the cancellation of the fifth Test between England and India.Credit:Getty

India players sealed the fate of the Test when they sent a letter to their board just before midnight on Thursday saying that they would not play due to concerns about COVID-19 spreading through the squad. They were worried about catching COVID so close to the IPL, which starts a week tomorrow, and being stuck in Manchester and unable to fly to the United Arab Emirates.

Tom Harrison, the chief executive of the ECB, will argue with cricket’s insurers that the match was not cancelled for COVID-19 reasons but because one team were not in the right mental state.

“This is not a COVID cancellation, this is a match cancelled because of serious concerns over the mental health and well-being of one of the teams,” he said. COVID cancellations are not covered by insurance. Harrison hopes that arguing it was caused by mental health reasons will be enough to persuade the insurers to cover around £8 million in ticket and match-day revenue.

Earlier in the day, the ECB’s own statement announcing the game had been cancelled said “due to fears of a further increase in the number of COVID cases inside the camp, India are regrettably unable to field a team”. The Board of Cricket Control for India issued a statement in the afternoon confirming the match was called off due to rising cases in the touring party. “The BCCI and ECB held several rounds of discussions to find a way to play the Test, however, the outbreak of COVID-19 in the Indian team contingent forced the decision of calling off the Old Trafford Test,” it said. 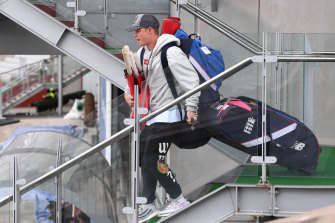 The ticket revenue is important but worth much less than broadcast income, which is not covered by insurance and valued at around £30 million.

The only way the ECB can recoup that money is by rearranging the Test, which the BCCI has offered to honour, although doing so is a major headache, with the calendar for next summer announced just 48 hours ago.

The International Cricket Council will be called on to adjudicate on the result of the match, whether it was forfeited by India or cancelled due to COVID reasons.

England will argue it was forfeited for mental health reasons because all the players returned negative tests results on Thursday. They will say it should be kept as a five-Test series to be completed at a later date. 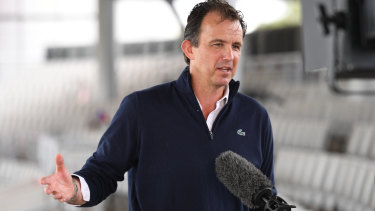 However, India want it cancelled for COVID, which then turns this into a four-match series for the purposes of the World Test Championship, with them winning 2-1. The rules allow for matches to be cancelled – rather than forfeited – if there is “significant impact” from COVID-19.

Harrison refused to blame Indian players for exposing themselves to risk by attending Ravi Shastri’s book launch last week in London. The head coach was the first to contract COVID, followed by two members of his staff. The whole India squad attended the event, along with 150 members of the public.

All players and staff returned negative tests at the weekend after Shastri’s case emerged. However, panic spread when the assistant physio tested positive on Wednesday after spending time working in close proximity with players carrying injuries from the Oval Test.

It is understood the Shastri book launch was not cleared by the ECB’s COVID compliance department, which thought it was just a team dinner.

Behind the scenes, England were incensed to learn that two India players had been spotted in the Selfridges department store in Manchester on Thursday when they were supposed to be isolating.

Harrison refused to blame any of the India squad for breaking rules. “We were very clear that a strong biosecure environment would not be sustainable for the length of time that India were on tour here, and, indeed, for our own players. That was just not something that they will continue to be able to support,” he said.

India deny the book launch had anything to do with the outbreak and were not happy about arrangements at the Oval, where their support staff had to share lifts with the public, which is where they could have been exposed to the virus.

“I spoke to a few of the guys. The general feeling is, after the fourth Test, they are tired,” said Dinesh Karthik, the former India player. “They only have one physio right now, they have done a lot of work with that man and now he tests positive. Now that is the problem. If it was someone else, someone working in logistics, they wouldn’t be this afraid. But when this person got it, that’s when they got the jitters.”

In May, the BCCI tried to rearrange this tour and lop off the fifth Test in Manchester as it looked to reschedule the IPL, which was postponed halfway through in April due to India’s COVID-19 crisis. The ECB resisted those attempts but the BCCI, under pressure from IPL franchise owners, was always concerned about a Covid outbreak occurring so close to the end of the tour. There was simply not enough time to delay the fifth Test before the IPL starts.

Harrison had to be diplomatic over the IPL, mindful of long-term relations with the BCCI. “Let me be super clear, I don’t think the IPL has anything to do with this. This is not a situation which has been created by the rescheduled IPL, I fundamentally do not believe that for a second,” he said.

The India players leaving for the IPL will have to quarantine for six days in Dubai.

Lancashire has been left counting the cost of their decision. The first three days were sold out, with around 88,000 tickets bought across all five days. Lancashire had also arranged for temporary staff and ordered food and drink. They were last night arranging for the food to be given to local charities, but Daniel Gidney, the club’s chief executive, believes losses will run to multiple millions and he will be asking for help from the ECB.

The ECB will now try to rearrange the Test but it will be very difficult logistically. They play three Tests at home against New Zealand between June 2-27.