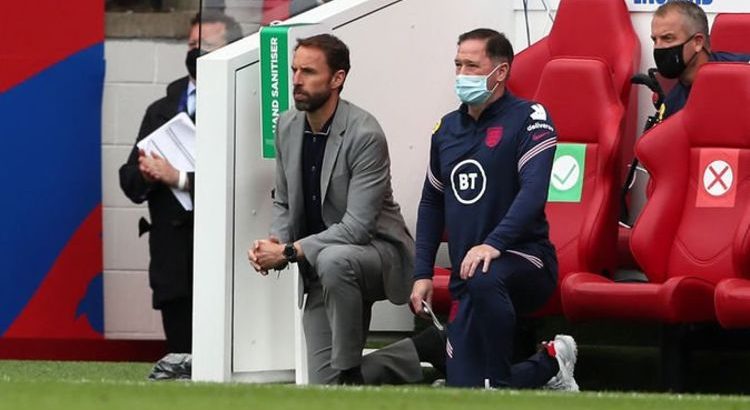 The England cricket team should take a leaf out of Gareth Southgate’s book and start taking a knee again, according to cricket pundit and former West Indies bowler Michael Holding.

The ECB introduced a ‘moment of unity’ ahead of their first match of the summer against New Zealand at Lord’s last week, which saw the players stand in a circle wearing t-shirts depicting slogans against a range of discrimination.

But Holding, when asked about that protest, applauded the England football team for their stance instead.

“The footballers, Gareth Southgate and the England team, I applaud them for what they’re doing,” he told Sky Sports.

“They are getting a lot of stick for taking the knee, they’re getting booed, but they are showing some backbone.

“They are showing some intestinal fortitude. They’re saying ‘we’re doing it because we know what we’re doing – not for a political movement, we’re doing it for humanitarian reasons’.” 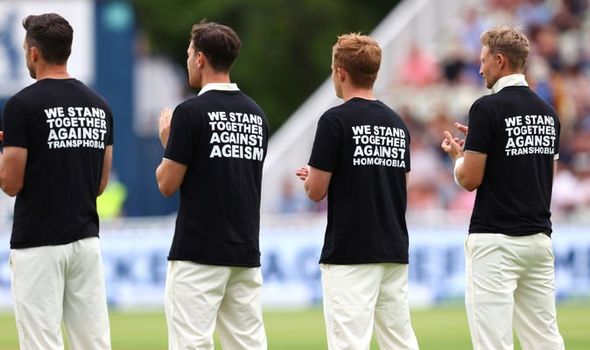 Southgate and his players were met with boos at both Wembley and the Riverside when they knelt ahead of kick-off in the national team’s two warm-up fixtures ahead of Euro 2020.

England face Croatia in their opening match of the competition on Sunday before hosting neighbours Scotland on Friday.

And the England team will be joined in taking a knee by the Scots, who announced that they will be changing their policy of “standing against discrimination” for that particular fixture.

“In light of divisive and inaccurate comments being perpetuated by individuals and groups, whose views we denounce in the strongest terms, we have reflected today as a group,” Scotland manager Steve Clarke explained in an official statement.

“We remain committed to our principles of taking a stand but we must also be unequivocal in condemning the opportunistic false narrative being presented by some.

“We have therefore agreed that we will show solidarity with our counterparts in England, many of whom are team-mates of our own players, and who have found themselves on the receiving end of abuse from fans in recent international matches.

“We will continue to take a stand – together, as one – for our matches at Hampden Park. For our match at Wembley, we will stand against racism and kneel against ignorance.” 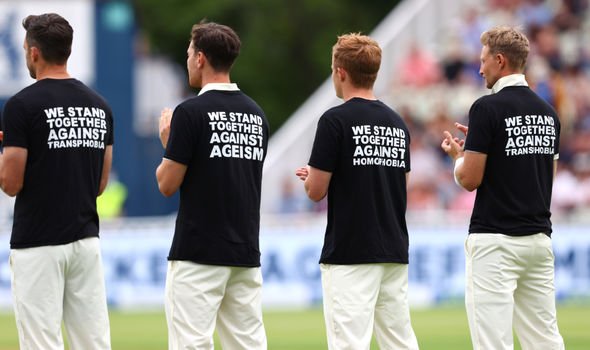 But Holding says the England cricket team, who suspended bowler Ollie Robinson pending an investigation last week following the discovery of historic tweets of an offensive nature, are not supporting the Black Lives Matter message.

“What this England [cricket] team are doing now with this ‘moment of unity’, that is not supporting Black Lives Matter.

“I’m very disappointed with people saying BLM is Marxist, they wouldn’t even know what Marxism is or what it stood for – but they tell you that because they are trying to pull down Black Lives Matter.