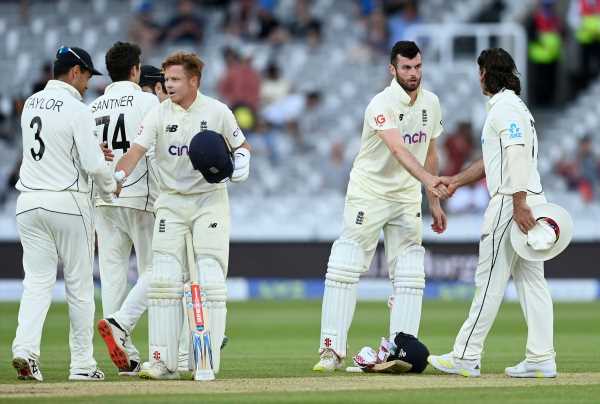 It was shortly after 7pm when everyone decided enough was enough. Some fans had given up long before then, happy to walk out of Lord’s even as play continued and the sun shone bright. Even the commentators had began discussing other things.

Rob Key and Simon Doull indulged in a passable Kermode & Mayo reboot in the Sky Sports commentary box, discussing the inconsistencies of Shawshank Redemption. And though all were trying to find their own way through the tunnel of waste of the second-half of day five in this first Test, eventually New Zealand and England decided to let people out the front door with an overdue shaking of hands.

A target of 273 was offered by Williamson which Joe Root felt was just a bit beyond his charges. Understandable of course given the raw nature of a batting line-up devoid of Ben Stokes and Jos Buttler who know a bit about chasing against the Blackcaps at this venue. England moseyed to 170 for three from 70 overs before Williamson offered his fist to Dom Sibley. With 60 to his name, Sibley obliged with one of his own, making him the third opener in this Test to bat through an innings and confirming this as a draw.

The margin was far from bare. New Zealand bossed this from start to finish. Still, though, they were able to orchestrate a situation where all results were on the table when they declared their second innings on 169 for six to give themselves the most likely chance of victory.

There were only three days play leading into day five, and whatever willing there was to get a game on was going to be at odds with a lack of time. That this was the first of three back-to-back Tests for the Blackcaps, culminating with the World Test Championship Final against India. Putting it all on the line for a match that, beyond form personal records, did not count for much, did not seem the conservative play.

Of course, that was not the route this politely cavalier New Zealand side took. They arrived on 62 for two and flailed 107 runs in 22.3 overs. Four wickets were lost, each of Ollie Robinson, Mark Wood, Joe Root and Stuart Broad – his first in six Test innings.

When rain halted play at 12:49pm for an early lunch, the few hours remaining, the weather expected down the line and a lead of 272 suggested too much needed to happen too soon. But Williamson hit fast-forward: a break time declaration meant England were given the carrots of a 273 target and 75 overs to achieve it. 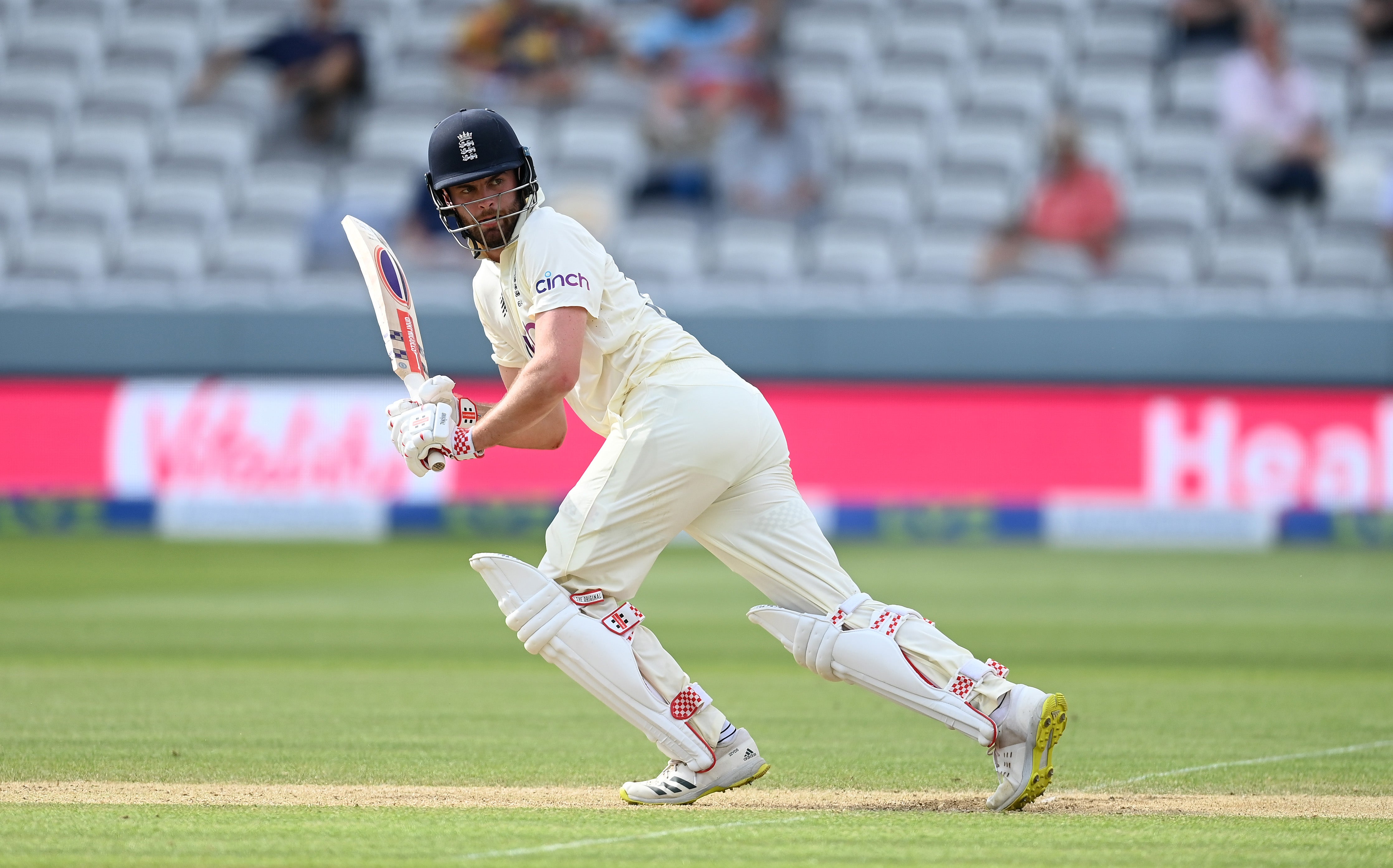 England, however, were only keen to chew on the stick. The New Zealand attack that restricted their opponents to 275 in the first innings picked up where they left off in the second, with Kyle Jamieson a shiny building of consistency with five maidens in as many opening overs. The pitch was also starting to over untrustworthy bounce, which in turn made scoring that little bit harder.

Then again, intent to put runs on the board was almost nonexistent. The team fifty came up midway through the 27th over to sarcastic cheers, by which time Saturday centurion Rory Burns had edged to Tim Southee at second slip off Neil Wagner for an 81-ball 23. Later, Tim Southee took the ball for one final middle session spell and removed Zak Crawley for a torturous two off 25, ending as he skewed a straight drive to Henry Nicholls at gully.

The equation into the last session of the match was “only” 217 from at least 42 overs. But a run rate of just over five on a surface as inconsistent as the men queued up to tame it – two of them already with ducks to their name – saw Sibley and Root resume after tea with caution that turned to tedium.

Active tedium, though, if there is such a thing. When left-arm spinner Mitchell Santner was brought on and kept on with a bloody spinning finger, in tandem with Williamson’s off spin which remains a constant reminder that he is not perfect, runs were to be had.

Both ticked over, but it was only Sibley who would make it to his half-century. The return of Wagner put the premium and threat level back up, and Root’s usually correct shift back had him at the mercy of a delivery that straightened more than he anticipated. The LBW decision came and so did a review which merely upheld the on-field decision. As the captain chastised himself back in the changing room, the Warwickshire opener quietly celebrating his seventh score over 50 with a bunted single through square leg with the inside half of his bat.

The lack of jeopardy meant this became a bit of a numbers game, though not the 127 remaining and the 15 overs to get them as we entered into the last hour. And while scores might be frowned upon when used as examples of form, there was value within them.

Sibley’s 207-ball stay was invaluable and coupled with Burn’s 297-ball 132 , means both openers have considerable crease time under their belt against a high-calibre attack. It is the first time since 1998 that two England openers have faced over 200 balls in an innings of the same home Test, for only the 14th time, no less.

Even a couple of crisp boundaries from Ollie Pope (20 not out) – off the mark through midwicket and a flowing drive through cover point – allowed him to reclaim some touch and patience after a skittish first innings 22.

No doubt New Zealand, with bowlers on song and batters in sync travel to Birmingham for the second Test with more gained than England. But, perhaps in the longer run, the hosts are not empty-handed in a match that they came second in during the moments it mattered.