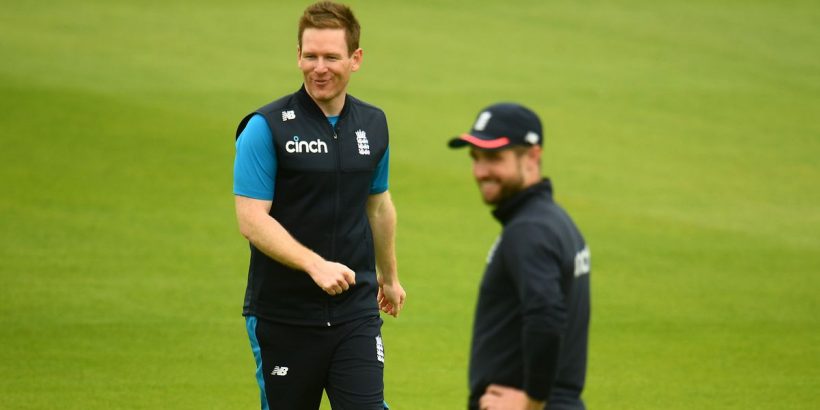 The draw for the opening stage of this year's Twenty20 World Cup has taken place, throwing up some juicy early ties for Eoin Morgan's England team.

Most notably, their opening fixture comes against West Indies- who narrowly beat England in the 2016 event's final in Kolkata after some final over heroics from Carlos Brathwaite.

With the format of the competition having been rejigged for this year's delayed tournament, England now know two of the opponents they will face in the Super 12s, the second stage of the tournament.

Alongside West Indies and England are the old enemy Australia, whose preparation for the tournament has been less than ideal after recent T20 series defeats to Bangladesh and the Caribbean side.

Both England and the West Indies will go into the competition as genuine contenders, with the former of course taking home the 50 over World Cup crown at home in 2019 and the latter the current holders.

The rest of the group will be made up with two qualifying nations from the opening round of the competition.

England will no doubt be fired up for that first match after what happened in Kolkata. England had looked set to win and take home their second Twenty20 World Cup as the West Indies needed 19 runs off the final over.

However, Brathwaite had very different ideas, smacking Ben Stokes for four consecutive sixes to end the contest with balls to spare. The platform for the remarkable comeback win was laid by Marlon Samuels who scored an unbeaten 85.

England captain Morgan recently spoke in an ICC statement about his excitement levels for the competition.

Morgan said: "The ICC Men's T20 World Cup is going to be brilliant.

"The standard of T20 cricket around the world is improving exponentially and every nation has a chance of becoming World Champions. It should be one of the closest and most competitive world tournaments to date and we can't wait to get started."

Ireland and Scotland both have a chance to reach the Super 12s with winnable fixtures in the preliminary stage. Ireland take on Holland, Sri Lanka and Namibia, while Scotland face Bangladesh, Papua New Guinea and Oman.

The tournament takes place in the UAE and Oman, getting underway on October 17 with the final scheduled for November 14.