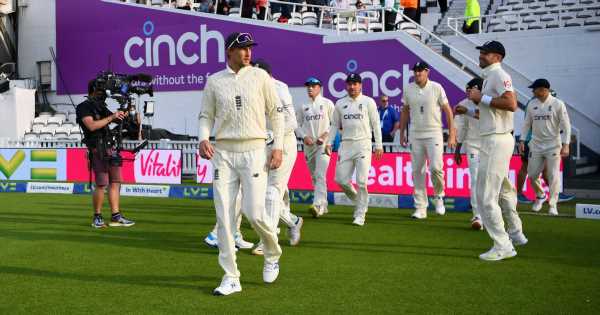 England 's players are reportedly 'frustrated' with the lack of information they have received from the ECB about the upcoming Ashes series.

Australia currently has some of the most strict coronavirus protocol in the world and both Melbourne and Sydney, two cities which are set to host Ashes Tests, have recently had outbreaks which led to lockdowns and border closures.

Player's families typically join them in Australia over the festive period, with a gap in between the third Test and the Boxing Day Test designed to allow them to spend Christmas together.

However, Australia's current restrictions mean it is unlikely that will be able to happen unless they are granted an exemption.

With the T20 World Cup directly leading into the Ashes, the likes of Jos Buttler, Jonny Bairstow, Chris Woakes, Dawid Malan, Mark Wood, Sam Curran and Moeen Ali could go up to four months without seeing their loved ones.

According to a report from the Daily Mail, England's players have been asking the ECB for updates on the current plans for the Ashes, including 'the travel itinerary, hotel details and plans for accommodating families'.

However, the report states that the ECB have not been 'forthcoming' with this information, leaving England's player's 'frustrated'.

He said: "We've tried to have good and honest conversations with the ECB, but if there's no information available to them it makes things very difficult."

Nick Hockley, Cricket Australia's chief executive, said recently: "We're working sensitively and constructively with governments to try and put in the best possible plans for players and support staff for both the England squad and our own squad.

"We'll continue to work through the appropriate channels to try and get support for families to join the tour.

"Both us and the ECB want to field our best possible teams with optimal conditions for them to compete at their absolute best, in what is ultimately the biggest stage in world cricket."