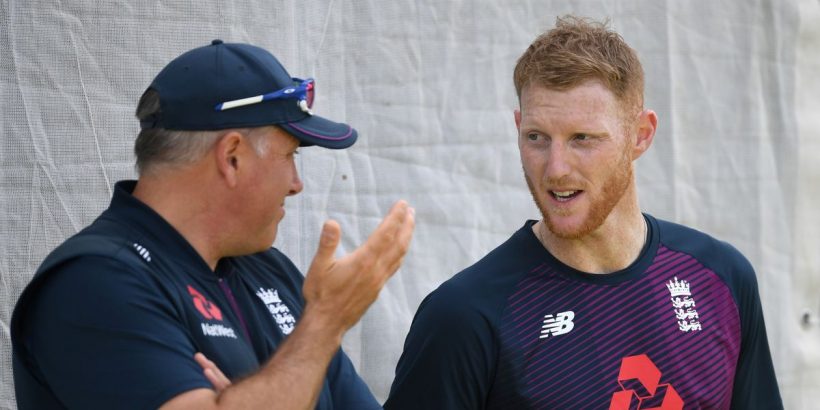 The all-rounder announced last month that he was taking an indefinite break from cricket to prioritise his mental wellbeing, ruling himself out of the current five match test series with India.

And inevitably, England's fifth day collapse at Lord's on Monday, which handed Virat Kohli's side a 1-0 lead in the series, has led to many supporters pining for the return of such a pivotal player.

But when asked on the issue today, Silverwood said: “No, there is no pushing from my point of view.

“I don’t think you can push with these issues. I will wait and there will be an element of waiting for him to come to me to let me know he is ready.

“There is no time limit on it. I would stress again the important thing is Ben is ok, his family is ok and that he comes back strong and, when he re-enters the frame, he is ready in his mind to come back and perform for England like we know he can."

Stokes, 30, missed the last Ashes tour to Australia after being arrested for his part in a street brawl outside a nightclub in Bristol. He was later acquitted in court of a charge of affray.

His current exile has led to concerns he may not be down under this time around, with England due to fly out in November following the T20 World Cup in UAE and Oman. His participation in that tournament also appears in doubt.

However, Silverwood said he wouldn't be pressing Stokes on his availability.

“I am certainly not pushing him for an answer and I don’t think that would be the right thing to do.

"There are people around him supporting him and, when he is ready to come back in, we will welcome him with open arms but until then he will get all the support he needs.”

England are due to name their squad for next week's third test at Headingly on Wednesday, with pace bowler Mark Wood being assessed my the medical staff due to a shoulder injury.

Following that, Joe Root's side will head to the Oval for the fourth test on September 2, before the series culminates at Old Trafford on September 10.