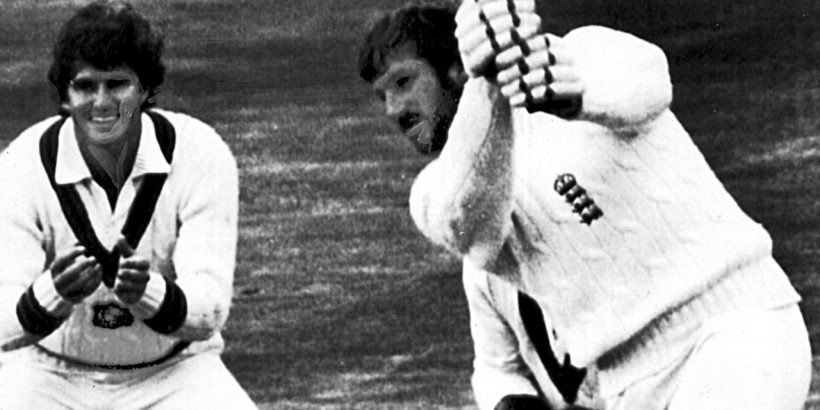 The English cricket legend has appeared on Fox Cricket’s Road To The Ashes podcast to celebrate his stunning deeds in the 1981 Ashes.

Ian Botham’s performance with bat and ball during the 1981 Ashes won England the series.Source:News Limited

Botham’s journey in that series was the most extreme of any player in Ashes series when he stood down as captain after lodging a pair at Lord’s but rebounded with one of the most stunning form spikes the game has seen as England recovered from being 1-0 down after two Tests to win the series 3-1.

Australian captain Kim Hughes was eyeing the prospect of being lauded a conquering hero with Australia poised to go 2-0 up at Headingley after taking a 227 run first innings lead.

But Botham swung from the hip with a blistering 149 not out. Botham’s great friend Bob Willis then pounced to take 8-43 in the second innings as Australia were bowled out for 111 as England won by 18 runs.

Kim Hughes was left to rue chances that went begging on a tour Australia had been in charge of.Source:News Corp Australia

As the Australian challenge melted away through the later Tests, rumours swirled of dissension in the camp. A series which could have been the gold stud of Hughes’ captaincy career became an historical ball and chain which clouded his authority in future series.

“I felt a bit for Kim Hughes because I don’t feel he got as much support as he should have, but it wasn’t our problem so we just carried on,’’ Botham said.

“It was a great series from England’s point of view but very frustrating for Australia.

“The Aussies did not know what hit them. They lost a couple of games they thought they should have won.’’

Botham was credited with reviving the popularity of cricket, primarily in England but also around the globe.

The 1981 series is remembered as ‘Botham’s Ashes’Source:Getty Images

“There was a lot of tough circumstances in England at the time. There were race riots and miners strikes. The country was on its knees. Along came that series. It changed my life.,’ he says.

“I did not have the greatest start to the series – I resigned as captain. Some would say not soon enough. But I was offered the job at 24. You don’t say no but it was a couple of years too early. Hindsight is a wonderful thing.’’

Botham said his innings of 149 when he had a free-swinging tailender Graham Dilley unleashing at the other end was born out of the fact that the game was rapidly fading away and England had nothing to lose.

“When I first went in Australia were quite happy for me to play my shots. It wasn’t a great pitch. Graham Dilley came out and said ‘what do you want me to do?’ and I said “have some fun’ and it was the one and only time he played some great shots. He played like Graeme Pollock and hit Dennis Lillee on the up for four. Lillee just scratched his head. He could not believe it.’’

England start the second test against New Zealand at Birmingham on Thursday night with Botham critical of the team for dropping anchor in the drawn first Test after being set 273 in 75 overs for victory on the last day.

“I thought England could have given it a bit more of a go. People over here have been waiting 16 or 17 months to go back and see live Test cricket in the stadium.

“There was no real intent from the start. Once they got to 30 or 40 without losing a wicket they could have pushed on. It was a little bit negative for me.’’

The Road To The Ashes is available to watch on FOXTEL, on Fox Cricket (channel 501) and Fox Sports 503. Stream on Kayo and listen on both Apple and Spotify.