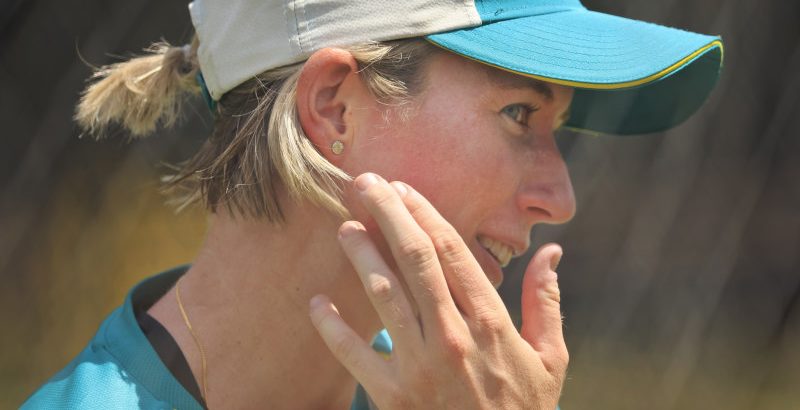 Beth Mooney has been cleared to play in Thursday’s women’s Ashes Test on a diet of soup, thickshakes and possibly ice-cream after a thorough examination in the nets from “nervous” coach Matthew Mott just days after playing a role in the star batter’s fractured jaw.

On the eve of Australia’s Test against England in Canberra, all eyes were on Mooney in the Manuka Oval nets on Wednesday as she once again faced Mott and the “wanger” – the tool resembling a tennis ball thrower for dog owners. Mott sent down the nasty delivery during training last week that struck the 28-year-old on the jaw. 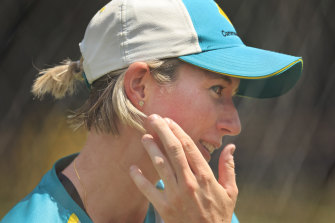 Beth Mooney explains to an onlooker where she fractured her jaw. Credit:Getty

Provided Mooney doesn’t suffer any last-minute setbacks, her inclusion in an Australian XI will cap a remarkable comeback after returning to the nets just three days after surgery.

Australia captain Meg Lanning said she would wait until the toss to reveal her team but confirmed Mooney would be there for her fourth Test.

“Beth Mooney so far has passed everything that she’s needed to … she’ll be available,” Lanning said. “It’s pretty incredible. Right from the moment she got hit, she was pretty positive about the whole situation. To be coming back and playing international cricket around a week after having jaw surgery is pretty inspirational for the group. She looks really good in the nets.”

When Australia and England devour their lunch and tea during the match, Mooney will be provided a unique liquid meal to get her through the four-day Test, Australia’s second of the season after their draw against India in early October. 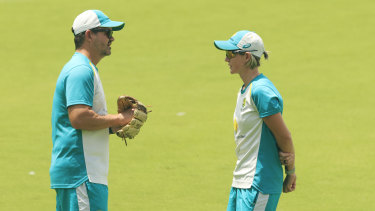 Mooney may have a little more freedom with her calories by the sounds of things.

“She said she’s able to eat unlimited amounts of ice-cream,” Lanning said. “She’s pretty happy with that. It’s soups and milkshakes and thickshakes. They’ve been coming up with ideas to give her variety.”

You could forgive Mott for feeling a little hesitant on Wednesday to be sending down deliveries at such speed to the left-hander.

Mooney looked calm and confident in her final net session. There shouldn’t be any lingering doubts when she faces an England pace attack aiming to secure the team’s first Test win over Australia since the Perth Test in 2014.

“I think I was more nervous than her,” Mott said. “No one likes hitting anyone and, you know, it’s part of the game. You probably throw hundreds of those over the years that haven’t had the same impact. It shook everyone up a bit.

“I find the whole thing amazing. As soon as I found out she was having surgery, I feared the worst. I was thinking World Cup over.

“Beth is tough and she’s a fighter. She is absolute frothing for a game of Test cricket. I wouldn’t be able to hold her back if I tried.”

The elephant in the room is whether Australia or England can manufacture a result in this Test, given the high percentage of draws in recent years. 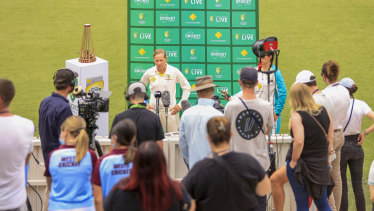 Australia have drawn four of their past six Tests since 2013, including the last three. Against England, half of the last 10 have ended without a result.

After two of the three T20s were washed out, Australia hold a 4-2 lead in the multi-format contest and can retain the Ashes with victory in the upcoming Test, which is worth four points.

Lanning has promised that Australia will employ more audacious tactics to push for a result, particularly given rain is forecast for day three on Saturday.

“We’re coming here to win, there is no doubt about that,” Lanning said. “All we’ve spoken about during the past few days is how can we best set up a victory. The best way for us to go about it is play our natural games.”