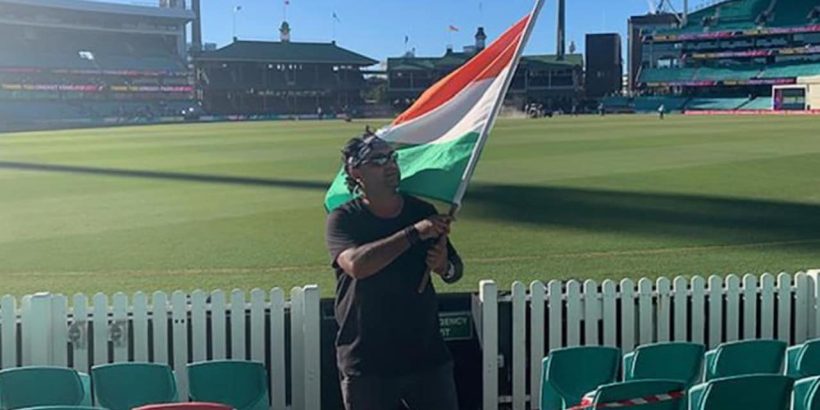 An Indian cricket fan has revealed the extent of racist abuse he heard during the Sydney Test, accusing ground staff of telling him to “go back to where you came from”.

Krishna Kumar told CNN that he also heard fans chant “curry munchers”, adding that he “really got to see the ugly side” of sport on the third day of action at the Sydney Cricket Ground.

“To me, it is hard to believe that the staff or security at the SCG were not able to hear this… it’s baffling, it’s shocking that no one took action on day three (about) the crowd behaviour,” Kumar said.

The fourth day of the third Test also saw six fans thrown out amid allegations of racist abuse directed at bowlers Jasprit Bumrah and Mohammed Siraj.

Kumar, who did not attend the fourth day, said that when he heard the news he “didn’t bat an eyelid because it was going on the whole day.”

After arriving at the SCG with banners which included slogans such as “Rivalry is good, racism is not,” Kumar claims he was told one flag was too big to take into the venue.

When he asked to speak to a supervisor, the member of security staff told him “if you want to address this matter, go back to where you came from.”

Kumar also said he heard staff instructing security to give him a “proper frisking”.

“A normal frisking of a bag takes 10-15 seconds. Mine went on for two-and-a-half minutes, unnecessarily,” Kumar said, revealing his metal detector check “went for a minute — from head to toe.

“There was no security in front of me (but then) they changed the formation … I had about 10 to 15, 16 (sets of) eyes at me, which I thought was totally unnecessary … the entire day I was profiled.”

In a statement released to CNN, Venues NSW said: “Venues NSW is aware of the matter and has met with the complainant.

“We are investigating the complainant’s allegations, and we’ll make no further comment until our investigation is complete.”