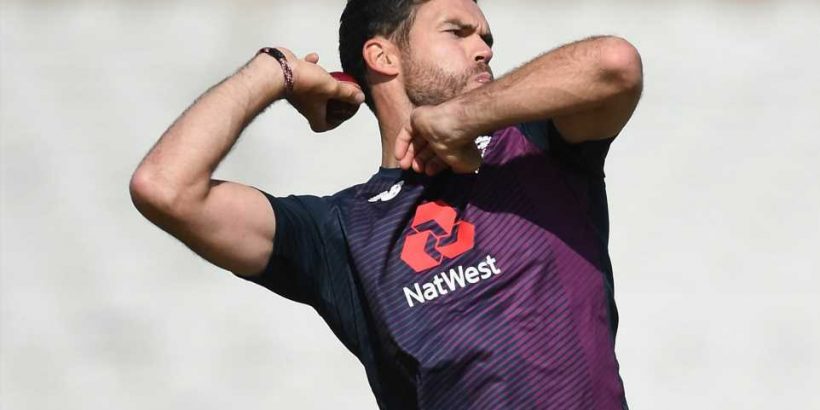 Anderson is set for another bumper year of cricket

As James Anderson prepares for his 20th year of international cricket, the enthusiasm remains great ahead of a 2021 schedule that could see England play up to 17 Tests.

That’s not unexpected. The last year was good to the 38-year-old, even though it started with injury against South Africa in January. A return to fitness – thanks in part to the pandemic – saw him finish with 23 wickets in the calendar to become the first English bowler to reach 600 in his career.

However, with the carrot of an Ashes series in Australia in the distance, Anderson must first negotiate a tour where he boasts his worst record.

Sri Lanka may be a beautiful country to tour, but it’s never been particularly welcoming of pace bowlers, and England’s most successful is no exception. It is here where his bowling average is at its highest: a bloated 46.08, far ahead of his 35.43 in Australia. On his last visit in November 2018, he took just one solitary wicket across four innings as the spinners Moeen Ali, Adil Rashid and Jack Leach did the heavy lifting to secure a 3-0 win.

This time around, another holding role is expected of Anderson, as with rest of the quicks Stuart Broad, Chris Woakes, Mark Wood and Olly Stone. The onus will be put back on Moeen and Leach, while the off spin of Somerset’s Dom Bess joins them instead of Rashid’s leg spin. That, however, has not impinged Anderson’s outlook.

“Going on the last couple of tours, spin has been a huge part of a success. The wickets have really suited the spinners, but we have a good pace attack here. You’re still in the game. There are still opportunities to take wickets. There’s reverse swing; the new ball does swing.

“I’ve had some success at Galle before as have some of the other seamers (both Tests are due to be played at the ground, where Anderson took five for 72 in March 2012). It’s not all doom and gloom for the seamers. We’ve got to be ready to put in a big shift over these next two Tests. Our job might be about shorter spells and less overs in the day but there are definitely still opportunities to take wickets.”

The start of Anderson’s fifth tour of Sri Lanka has been spent isolating in his room at the Shangri La hotel in Hambanota as part of Sri Lanka’s Covid-19 protocol. All players and staff in the touring party were given PCR tests on arrival which all returned negative. Should that be the case for a round of testing on Tuesday morning, England will be cleared to train for the first time that same afternoon.

Following the six Tests last summer, England were due to reconvene together for a training camp in the United Arab Emirates, only for that to be scuppered by the pandemic. As a result, the squad had to make do with training at Loughborough in an outdoor tent, which enabled them to train on turf. The snowy weather and grassy decks will be a stark contrast to the 30-plus-degree heat and bare surfaces in Galle.

“It wasn’t ideal but the best of a bad situation. It was better than bowling with snowballs in my back garden. It’s really useful to that facility actually, over the last six weeks. I’ve been going down regularly to bowl. The whole situation is not ideal for us, we have not got a long preparation for this series and don’t have a lot of practise for the first Test, so it’s slightly unusual in that respect. We just have to make the best of it, hit the ground running if and when we get out of quarantine.”

Anderson went on to say Sri Lanka may have a slight advantage given they have been in competitive action more recently. The hosts are currently playing a two-Test series out in South Africa

That seems a tad disingenuous considering the first match of that series – a Boxing Day Test which Sri Lanka lost by an innings and 45 runs – was just their third of 2020, after two against Zimbabwe at the start of the year. And no one has played more cricket in the pandemic than England.

With this series merging into four Tests in India, it seems unlikely Anderson will play both in Sri Lanka. As in 2018, he and Broad could cover each other, though neither are sure just yet who will get the go in the opener which begins on 14 January. And with England captain Joe Root keen to take both to Australia for their nous and experience in challenging conditions, further management is expected. For all players, to be fair, not just for Anderson. But it’s hard not to treat someone who turns 39 in July with greater caution.

“I’m going to focus on Sri Lanka,” said Anderson, not willing to look too far ahead. “I’ve got myself in really good shape – I’d say I’m in as good shape as I have been in my 30s if not better to be honest. So I’m just going to try and help this team hopefully win Test matches throughout the winter, see how we are when we get towards the English summer and just take it from there really.

“At the minute, I feel absolutely fantastic. We’ve had quite a long time off so that helps as well – getting stronger in the gym, keeping fit. I’m just trying to focus on the here and now and getting ready to play in these Test matches this winter.”