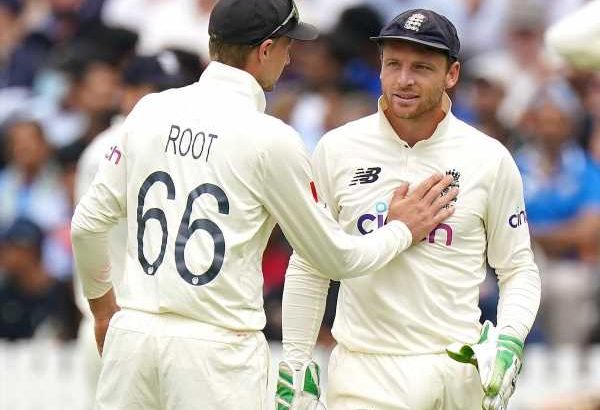 Jos Buttler is set to return for the final Test

Joe Root has confirmed Jos Buttler will return to the XI as wicketkeeper and vice-captain for the final Test against India, as England look to square the five-match series on Friday.

Buttler missed the 157-run defeat at the Kia Oval for the birth of his second child, a result which gave India an insurmountable 2-1 lead. Jonny Bairstow took the gloves for the fourth Test and is to drop out for Buttler for the fifth which begins at Emirates Old Trafford on Friday.

Root defended the immediate reselection of the 31-year-old on the grounds of merit and broader worth as a senior player, especially without Ben Stokes by his side. Buttler has struggled throughout the series, averaging just 14 with a top score of 25. The last of Buttler’s 20 scores above fifty came nine innings ago – 55 against Sri Lanka in January.

“He is the vice-captain of this team. He is a senior player and he is integral to what we are about. I know his output in terms of runs in this series has not been as high as he would like or as we would like but we know what a great player he is and how important he can be to turning a Test match and that is the reason behind it.

On Bairstow’s removal from behind the stumps, and potential axing after being recalled at the start of the year, Root backed his Yorkshire teammate to accept the decision as “part and parcel of playing at the highest level.

“I think Jonny knew exactly what the scenario was when he was given that opportunity to keep wicket last week [until Buttler returned]. He has been a big part of what we have been about as a squad for a long time now and will understand it so yeah as I say Jos is the vice captain, he will come back in and I expect him to perform.”

Further down, more tweaks are expected. Mark Wood is likely to come into the side to replace one of James Anderson or Ollie Robinson – most likely the latter – with the pair clocking 163.3 and 166.2 overs in the series, respectively. A firm decision will be made in the next two days depending on how both respond to recovery and training. Either way, it will be no small change given Robinson is the series leading wicket-taker with 21 wickets at 21, while this is a home Test for Anderson, where he averages 24 with the ball.

Jack Leach, who was called into the squad, could also feature if England opt for a second spinner. Root was clear that Moeen Ali remains the number one, and that the Somerset left-hander’s selection will be purely as an addition to the slow bowling options. Over the last five years, the pitch at Manchester has turned more than any other in the country. Should Leach earn a call, it would be his first since the final Test of the India tour, back at the start of March.

“I’ve not seen the pitch as yet but what you can get sometimes here at Old Trafford, it can spin and that can be an option we have to look at with two spinners,” said Root. “He has done some fine things for England, you look at how he has performed this winter and even before that as well.  We all know what he is capable of and we know he is a fine player.  I am sure that in himself should give him a huge amount of confidence.” 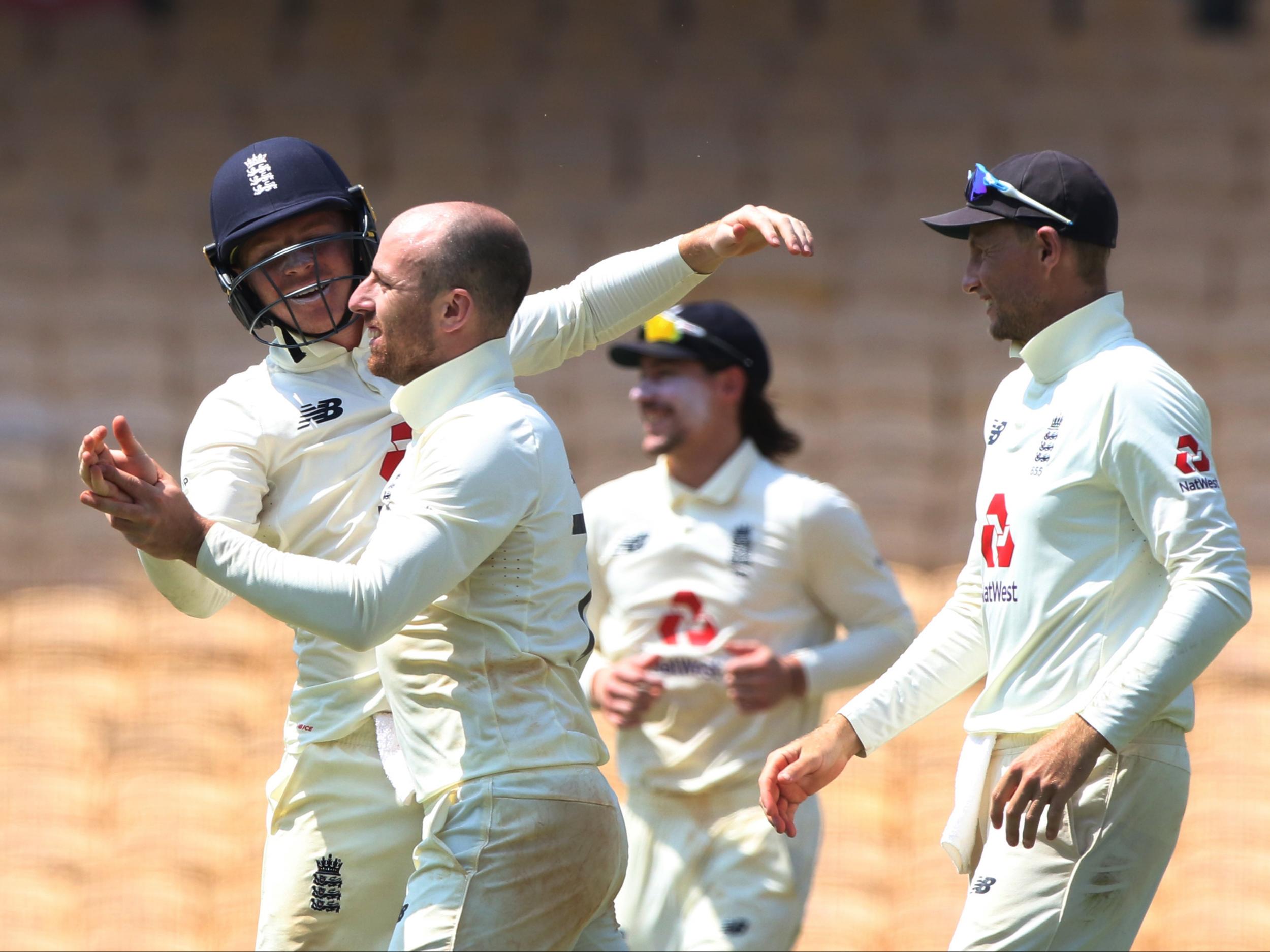 Jack Leach could return to the side on Friday

Meanwhile, Root urged the England and Wales Cricket Board to prioritise Championship Cricket next summer. On Wednesday, the 2022 schedule was announced with England playing three-Test series against New Zealand and South Africa.

No plans have been confirmed for how the domestic programme will look. This season, no red ball County Cricket was played between 14 July and 30 August, in part because of The Hundred. And as England are set to close out their first summer since 2001 without registering a Test series win , Root hopes greater care and attention will be given to finding first-class cricket spaces where it can thrive and get cricketers ready for international level.

“It would be nice to see it (county cricket) seriously considered as a priority within that scheduling. Look at how this summer has gone and how we’ve been hampered – whether it be through injury and in terms of our preparation. We have been slightly hampered.

“We’ve been told that Test cricket is a priority in this country and I think that should feed into the county game as well. Hopefully, that is paramount and something that is seriously considered for next year along with some other very important pieces in the domestic structure. But ultimately it comes down to playing on good wickets.

“If all the guys can experience that before they come into Test cricket, the better they will be to manage the challenges that it presents.”