Jofra Archer and Jason Roy have been fined 15 per cent of their match fee for incidents during England’s World Cup defeat by Pakistan at Trent Bridge.

The International Cricket Council found opener Roy had breached level one of its code of conduct, using an audible obscenity after a misfield during Pakistan’s innings.

Fast bowler Archer was found guilty of dissent towards an umpire’s decision following a wide delivery. 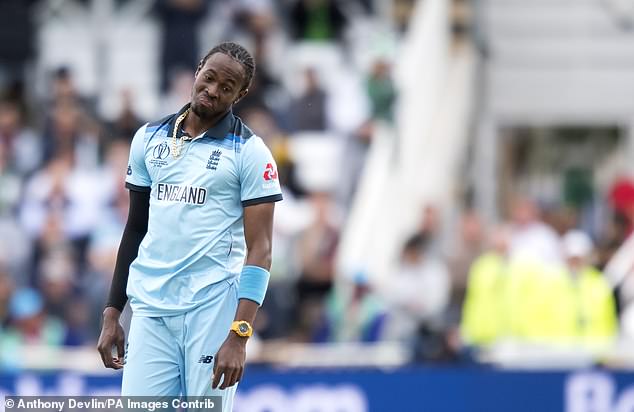 Both players have also had one demerit point added to their records.

Pakistan captain Sarfaraz Ahmed was fined 20 per cent of his fee, and his team-mates 10 per cent, for a minor over rate offence. Pakistan won Monday’s match by 14 runs after setting England a target of 349.

It was an occasionally fractious encounter, with the umpires warning England skipper Eoin Morgan about his side throwing the ball in on the bounce and later issuing the same reminder to Sarfaraz.

England batsman Jos Buttler, meanwhile, seemed to take a look at the ball on his walk back to the pavilion after his knock of 103 came to an end.

Morgan said: ‘There were discussions throughout the whole of the two innings. The umpires came to me mid-innings and seemed to think that we were throwing the ball in on the bounce too much or it was being over-exaggerated.

‘They emphasised it would be the same for both. The conversations that were stopping the game were that Pakistan were doing the same thing.

‘Jos was just intrigued to see the ball. When the ball is hit against the LED boards it does scuff it up quite a lot so he was just interested to see if the ball was more scuffed up.’

The loss was England’s first setback in their pursuit of World Cup glory but fellow centurion Joe Root stressed the importance of remaining calm.

Defeat in the round-robin stage is not a disaster by any means and Root believes England will regroup ahead of Saturday’s trip to Cardiff to tackle Bangladesh.

He said: ‘The most important thing now for us as a group is not to panic. We know what works for us as a formula, and as a team, but other sides are allowed to play well and we’ve got to make sure we learn quickly and bounce back at Cardiff. 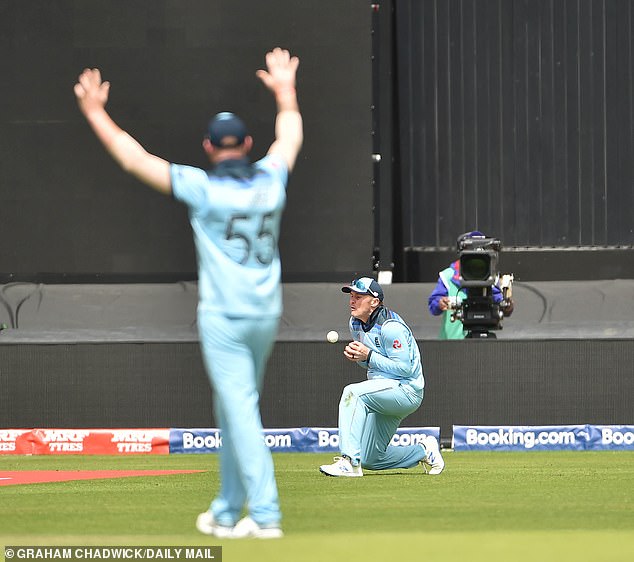 ‘The temptation is to get a little bit tense, but one of our great strengths as a side is sticking to the way we go about things and be as smart as possible.

‘And the beauty of this format is that I do believe the best four teams over the tournament will qualify for the semi-finals and we’ve got to make sure we play some good cricket in our remaining games.

‘One thing this side doesn’t do very often is to make the same mistake twice and I’m sure the guys will make sure it’s a very different performance against Bangladesh.’