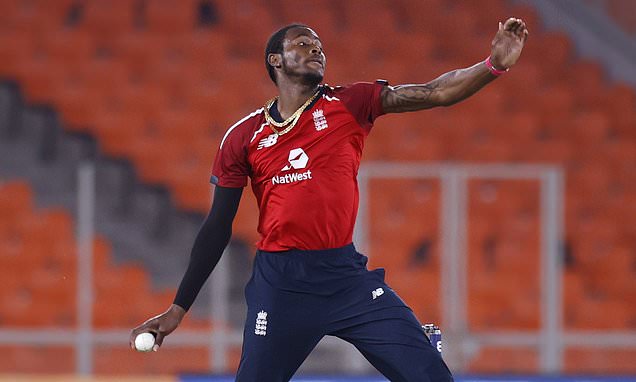 Jofra Archer will begin bowling again in a fortnight following successful surgery to remove glass from his hand… with England star set to be fit for second half of IPL and fulfill part of £800,000 Rajasthan Royals deal

Jofra Archer will return to bowling in a fortnight in a bid to prove his fitness for the Indian Premier League.

Archer, 25, remains hopeful that he will be able to play a proportion of the IPL season with Rajasthan Royals and will test out his ongoing elbow problem once he has been given the all-clear in a follow-up appointment for Monday’s hand surgery.

The operation to remove a piece of glass embedded in his right middle finger coincided with a rest period designed to let his elbow injury settle following a second cortisone injection of the year last week, and is unlikely to delay his schedule. 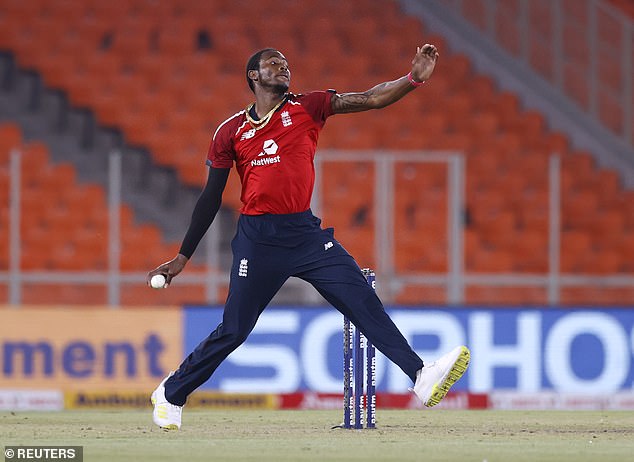 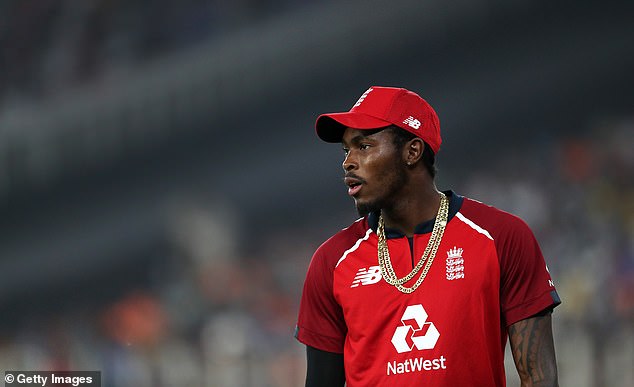 As Sportsmail reported earlier this month, although Archer, the IPL’s reigning MVP with a £800,000 deal, will miss the start of this year’s competition, beginning on April 9, the plan is for him to make his comeback during its latter stages.

However, the ECB will want to see how the elbow responds when he resumes training in the week beginning April 12 before sanctioning such a move.

If he experiences no pain, it might be viewed as preferential for him to play Twenty20 over County Championship cricket, partly due to the comparative workloads involved for a fast bowler and partly because a return to India would provide him with more high-quality experience ahead of the Twenty20 World Cup there this autumn. 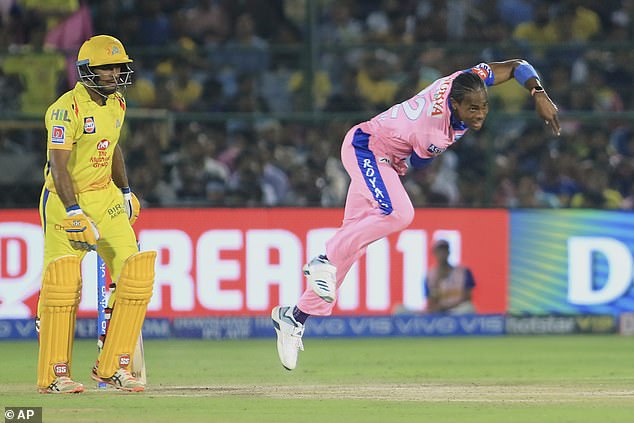 If a problem that prevented his selection for two Tests against Virat Kohli’s team resurfaces, surgery cannot be discounted.

That was a route the ECB’s medical team avoided when Archer was ruled out of the one-day series in India after the discomfort increased in his bowling arm.

The 2019 World Cup-winning star was troubled throughout the tour and was ruled out of the final Test after a flare-up.

Further deterioration during the five T20 internationals led to Ashley Giles, England’s managing director, being informed on the eve of the series decider that he would not be fit enough to get through the trio of ODIs in Pune. 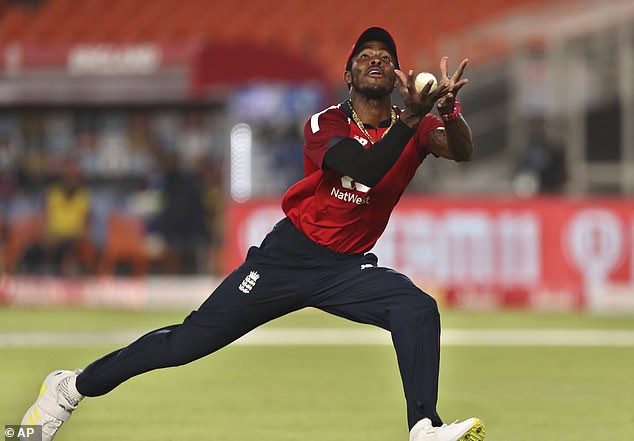 If he experiences no pain, it might be viewed as preferential for him to play Twenty20

As a multi-format player, Archer remains an integral part of bids to unite global limited-overs titles and wrest the Ashes back from Australian hands later this year.

Archer was diagnosed with a stress fracture in the same elbow last year, but he says the discomfort experienced this time has been in a different place.

The 25-year-old incurred the freakish cut prior to England duty in India when he returned from Barbados to his home in Hove in the new year and shattered a fish tank while trying to clean it in his bath.