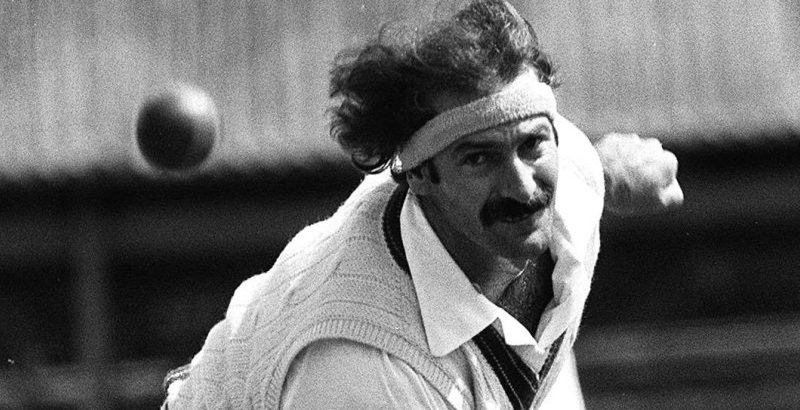 “Two of Australia’s greatest sportsmen, Dennis Lillee and Ian Thorpe, have been elevated to Legend status in the nation’s most prestigious sporting club, the Sport Australia Hall of Fame (SAHOF).”

Friends, is this a joke?

I have no issue with Ian Thorpe making the grade. Of course he belongs among the elite of our sportspeople. Five Olympic gold medals and countless world records speaks for itself.

Some serious questions have to be answered here.

First one: How do you elevate God?

Second one: What was Lillee last week, before this “elevation”? “Well known?” “A good bowler in his day?” “Highly regarded?”

Third one: Who the hell has been on the judging panel for the last 20 years that Lillee has been eligible for selection – 15 years after retirement – who has said, “Nah, for me, DK Lillee doesn’t quite cut it. There is something about his then-world record 355 Test wickets that just doesn’t quite do it for me.”

And this view must have been in the majority, over successive judging panels for two freaking decades! 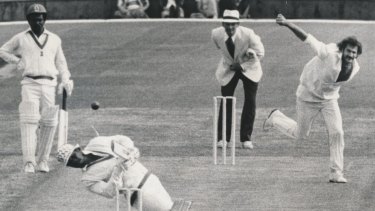 Dennis Lillee in full swing for Australia in 1977.Credit:Geoff Ampt

You don’t “elevate” DK Lillee, a man so revered in his day that just those initials – DK – of his first two names, “Dennis Keith” was enough to designate him.

He is already on high!

He is DK Lillee. Not just the greatest, most mesmerising, and most legendarily legendary legend of his day, but the Australian hero to beat ’em all!

According to the Sport Australia Hall of Fame, there are 42 other Legends who came in before him.

But you have to understand. For so many of us over 50, DK Lillee was not just another sportsman, not just a great Test player, not just a bona fide hero. He bloody well was Australian sport! He embodied everything that was great about Test cricket, about Australia taking on England in the Ashes and grinding them to a pulp, about life!

When Lillee steamed in from the Randwick end, and we on The Hill roared his name – Lilleee! Lilleee! Lilleee! – as some poor bastard of a Pommy batsman blinked in the sunlight at the vision of Armageddon on roller-skates coming straight at him – LILLEE! LILLEE! LILLEE! – everything was right with the world and the Australian tribe was as united as never before. Ah, shout it with me, one more time! 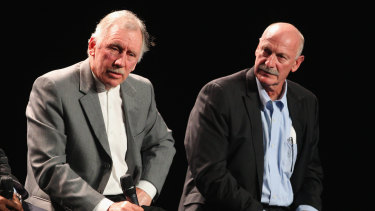 If Lillee don’t get ’em,

And if my own enthusiasm for Lillee is a touch on the adolescent side of things, forgive me. He was indeed my childhood hero, and my high regard for him has only strengthened over the years. While there is a trope of meeting your childhood heroes only to be sadly disillusioned by their feet of clay, that was not my case.

Fifteen years ago, I was Master of Ceremonies for four lunches in as many days with Lillee and his Kiwi counterpart, Richard Hadlee, interviewing both bowlers on their life and times on stage, and Lillee in person was everything I’d ever wanted him to be. (And I was not the only one in awe.

Hadlee was up-front that he had based his whole career on four things, “‘Rhythm’, ‘hate’, ‘off-stump’, and ‘what would Lillee do?’“) The West Australian was generous of spirit, humble of demeanour in a Lillee kind of way, great fun to be around and loved the mob every bit as much as we loved him.

He didn’t just sign autographs and shake hands with paying customers, but anyone and everyone, including one goggle-eyed member of the kitchen staff at the Brisbane Hilton, who hailed from India and couldn’t believe he was in the same city as the great man, let alone having his hand warmly pumped while simultaneously getting a Lillee hug.

And those lunches were filled with the men and women of my generation for whom the fast bowler with the flowing locks and bouncing gold-chain was the abiding image of the whole 1970s!

And now they want to elevate him to Legend status?

What next? Jesus and Buddha to make the grade as “religious legends”?

“Dame Nellie Melba to be confirmed as Legend of Australian Opera!”

It is not for them to give you “legend” status. It is for you to – if you feel like it – give a polite nod in their general direction, by acknowledging their existence, and let them put that in their headlines!

It has taken them 20 freaking years to confirm the bleeding obvious. Sometime soon we can expect a press release announcing that Merv Hughes had a great moustache, and that should Australia ever be invaded by Killer Cricket Balls from the Planet Kookaburra, Allan Border has been elected as the man we’d put on Bondi Beach with cricket bat in hand.