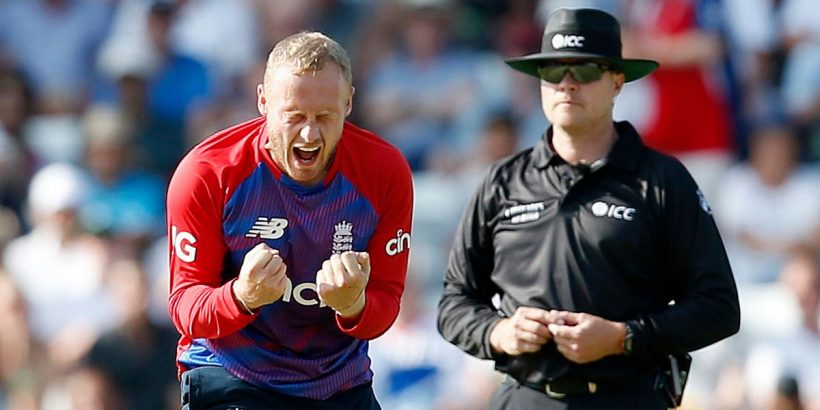 Matt Parkinson doesn’t care if you think he bowls too slowly.

The Lancashire leggie might send the ball down the pitch at a reduced rate compared to others in his class, but he remains effective enough to be collecting some remarkable wickets.

First there was a Shane Warne-esque ball to remove Adam Rossington while playing for Lancashire against Northants, and then he bowled Imam-ul-Haq with a wicket-taking ball that turned more than any other in the CricViz ODI database.

That was while Adil Rashid was in isolation, but now the pair have been picked together for the first time, and the younger man hopes he can make it a common occurrence up to and including the T20 World Cup.

“To bowl from the other end of probably the best spinner in the world in Rash was fantastic,” said Parkinson. “But we are quite different.

“A lot gets highlighted about how slowly I bowl. He bowls faster than me, he uses his googly more than me. I think we are different and I think that’s why it worked well.

“It is a rare thing and not many teams would do that to be fair, hopefully I’ve performed well enough for England to consider playing two leg spinners again.

“There has been plenty said about my pace and on tour in South Africa I was looking up at the board to see if I could push 47mph or something.

“But no, I just saw that and embraced it really. I'd like to be the only bowler that does it this way, it would be pretty cool not to have to conform to what other spinners do, but actually just be niche.”

Parkinson’s reward should be a first appearance on his home ground of Old Trafford in an England shirt.

It should also make up for the days and hours spent on tour over the previous winter in Sri Lanka and India without actually playing a single game. Enough to make anyone testy.

“It was a tough three months not playing on tour,” he admitted. “With some dark moments in some rooms in hotels in India.

“I didn’t think I’d got any better and I got down very easily, but to have had the three months there working, bowling each day to the likes of Rooty, Stokesy, and Jos. I don’t think you appreciate it when you’re there.

“I’m grateful to have toured with England and it’s done me wonders, but you want to play, you want to be involved.

“It has been a dream of mine to play on my home ground in an England shirt. It will be massive if it happens and I didn't think it was on the cards a month ago.”