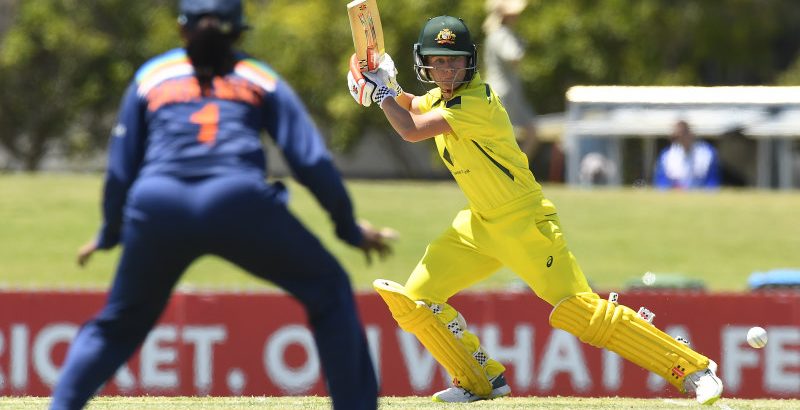 Cricket Australia expects the women’s Test against India to go ahead on the Gold Coast on Thursday despite a Sheffield Shield match in Brisbane being postponed because of increased COVID-19 restrictions.

The minor outbreak in Brisbane could also have a knock-on effect on the Women’s Big Bash League. 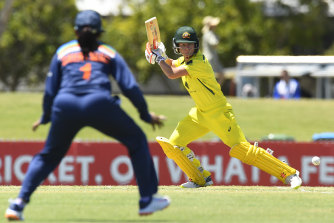 Beth Mooney during Sunday’s one-day clash with India in Mackay.Credit:Getty

Queensland were supposed to begin a Shield match against Tasmania in Brisbane on Tuesday but moments before the toss the match was postponed.

The visiting team immediately flew home due to fears the Tasmanian government could close the border with Brisbane, forcing players into quarantine for up to 14 days.

The Australian women’s team is currently playing India in Queensland, with three one-day matches recently completed in Mackay. The Test at the Gold Coast’s Metricon Stadium starts on Thursday, followed by three T20 internationals which end on October 10.

The women’s matches are currently unaffected, with the Gold Coast outside the restricted areas of Brisbane and Moreton Bay. Four new COVID-19 cases were announced on Tuesday.

“We’re preparing as normal and expecting to play,” a Cricket Australia spokesperson said.

However, if the outbreak spreads and the Tasmania border closes, it will have a dramatic effect on the WBBL, robbing the start of the world’s premier women’s T20 league of its stars.

The first 20 games of the WBBL were moved to Tasmania because of constant, unpredictable border closures between states. The competition is due to start on October 14, just four days after the last international match.

If the Australian players, and Indian stars who have signed to play in the WBBL, get caught up in the COVID restrictions they could be stuck in quarantine for the start of the tournament.

This would particularly affect NSW and Victorian players, who were forced to do two weeks of hard quarantine on entering Queensland for the start of the international series.

Australia coach Matthew Mott, who lives in Brisbane, said there were widespread concerns about the COVID situation.

“We’re all concerned for our families and friends throughout Queensland with the impact of it but it doesn’t change a lot with what we’re doing,” he said. “It’s business as usual.

“We’ve been on a heightened level of risk for a while anyway. We’ve been in small groups and we’ve been managing all our protocols really well.

“These are interesting times. We’ve all learnt to adapt and accept the decisions that are put in front of us. You can’t really change the cards you’re dealt. It’s a day-to-day thing.”

Mott confirmed vice-captain Rachael Haynes had been ruled out due to a hamstring strain.

He said veteran Ellyse Perry was likely to continue opening the bowling despite a wayward performance in the one-day series, which Australia won 2-1, pointing to a fortnight’s hard quarantine when players were unable to train.

“You’ve got to keep perspective on these things. Any time you put down tools for 14 days heading into a key series, it’s going to take time to work through things,” Mott said.

Perry bowled no more than five overs in a game, finishing the series with 0-103 from 14 overs.

“She is swinging the ball, which is a big thing,” Mott said. “Wides have obviously been her downfall and they’re not as tough on those in a Test match.

“We’re looking to take 20 wickets and you don’t want to waste the swinging ball. If she’s doing that she’s probably going to get a pretty good opportunity at it.”