‘Carlos Brathwaite, remember the name,’ bellowed Ian Bishop. It had been one of sport’s most memorable finishes if not commentaries.

The words of his fellow West Indian formed a reasonable enough demand given that the previously unheralded Brathwaite had just hammered four consecutive final-over sixes off Ben Stokes to win the World Twenty20 three years ago.

Trouble is, the 30-year-old man mountain has done his level best to be forgotten ever since. 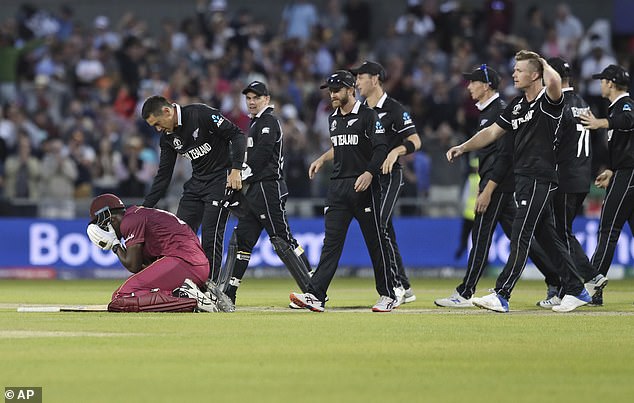 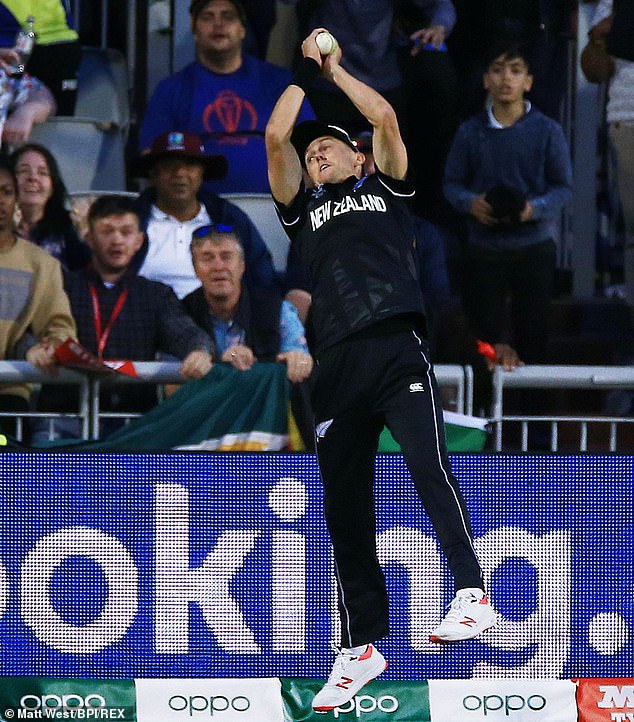 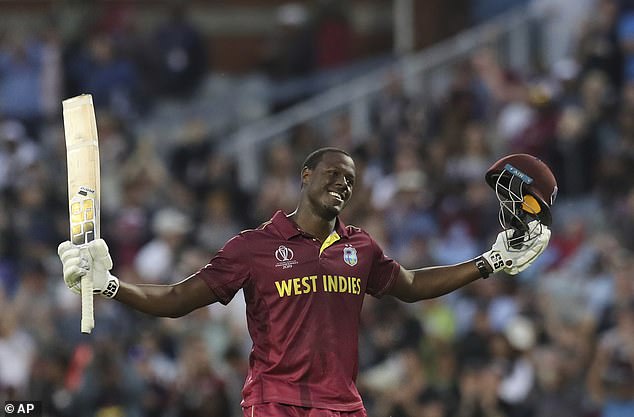 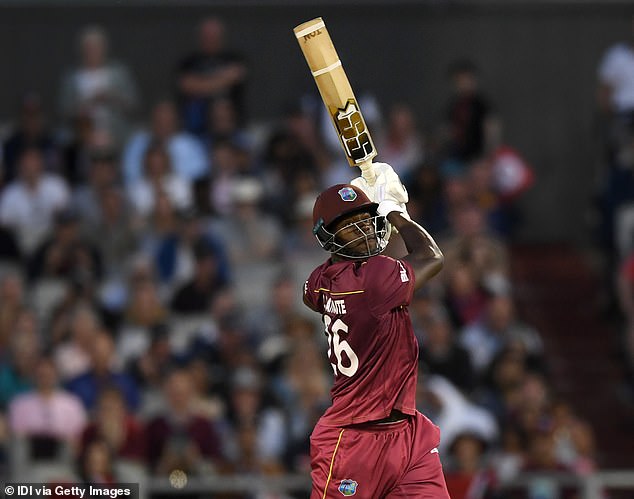 Until this heady Saturday night in Manchester that is, when his mountainous hitting put West Indies within a matter of inches of another incredible against-the-odds victory.

Like Stokes, however, it was Brathwaite this time that sank to his haunches in despair when, at 9.40pm, Trent Boult managed to keep his feet inside the boundary rope at long-on to intercept a muscled stroke that, had it travelled its full distance, would have sealed a spectacular one-wicket heist.

As the short-of-a-length delivery from Jimmy Neesham was pumped into the jade Mancunian skyline, those left littering the stands held their collective breath.

Instead of one of the most astonishing run chases of all time, however, New Zealand had won by five runs, a result that maintained their unbeaten record and returned them to the top of the table. 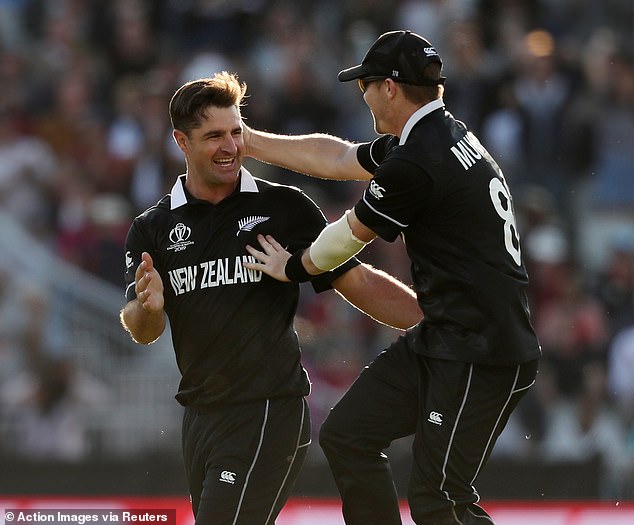 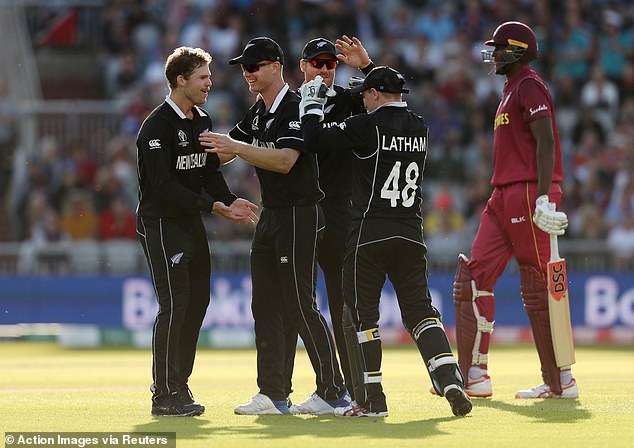 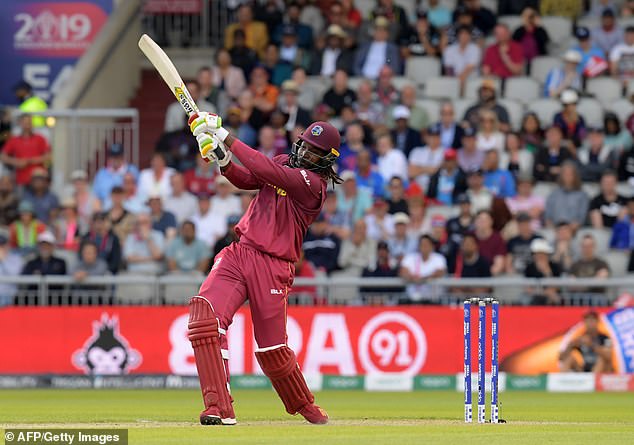 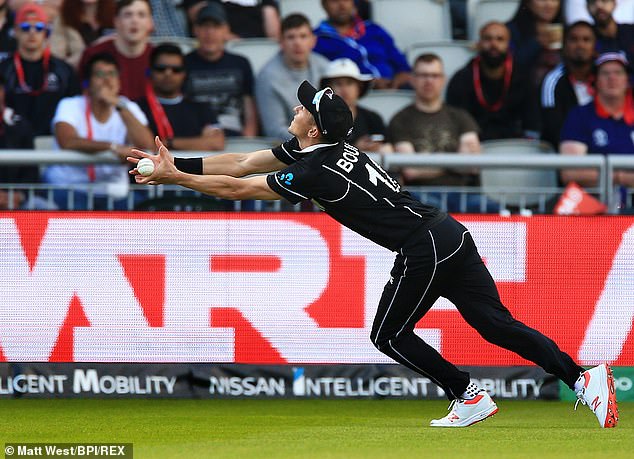 The 39-year-old was dropped on three occasions, first of all by fast bowler Trent Boult 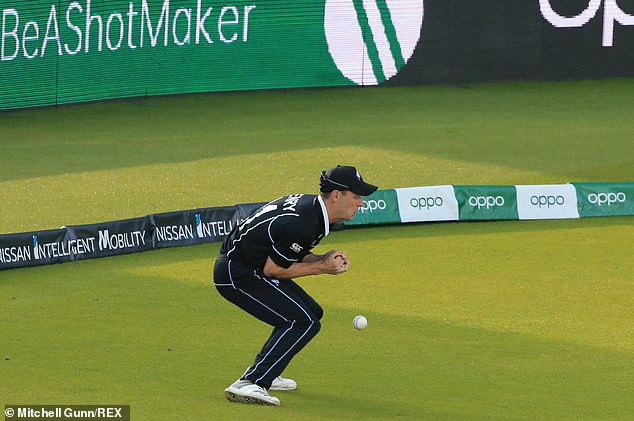 Momentum appeared to be with the Windies, despite their mid-innings implosion of five wickets for 22 runs that had reduced them to 164 for seven.

But Brathwaite brought up just his second 50 in 38 one-day internationals – before this match he averaged just 14.44 with the bat – before launching an incredible late assault that took him to three figures and within one blow of a very different result.

The first three balls all soared for six, and Brathwaite took 25 runs all told, farming the strike for the 49th, as he had done relatively successfully in putting on 122 for the final three wickets.

No 11 Oshane Thomas finished unbeaten on nought, having arrived at the crease with 47 runs required from 30 deliveries. 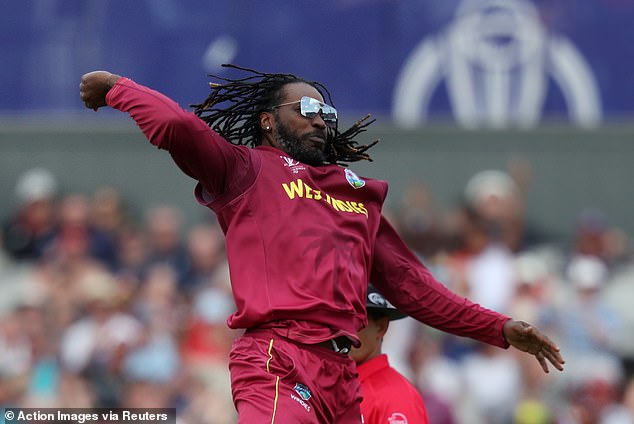 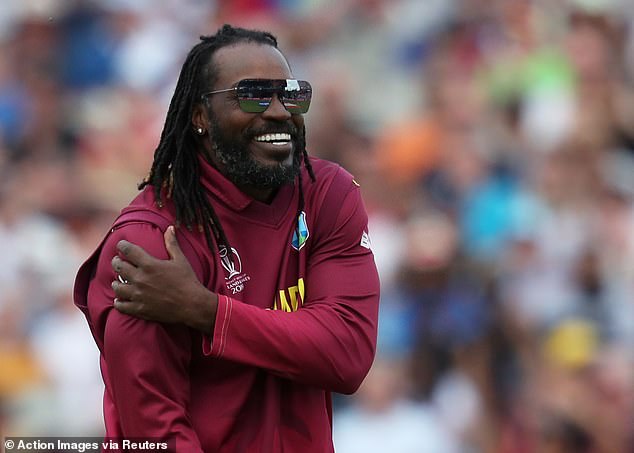 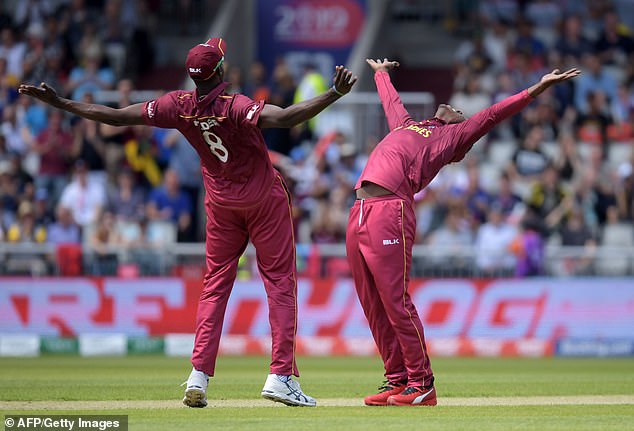 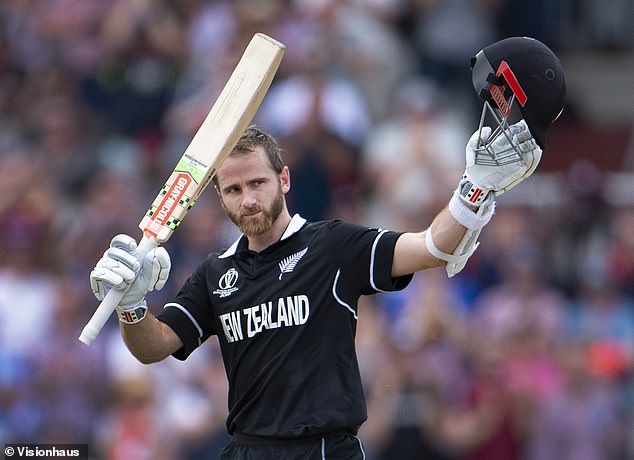 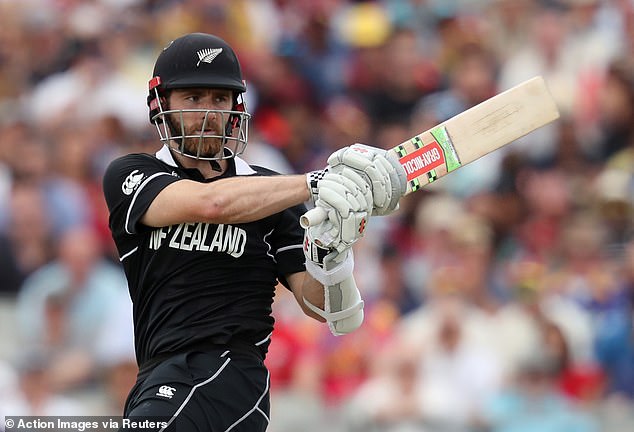