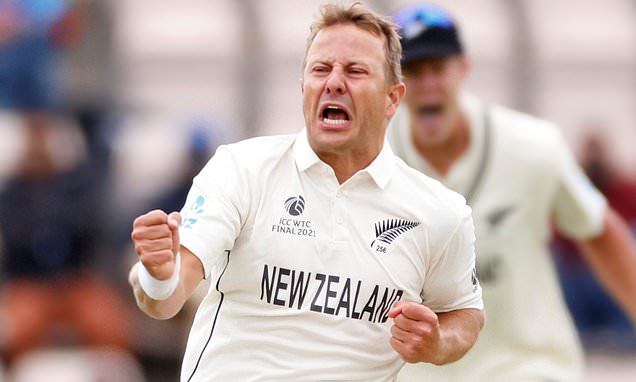 New Zealand recovered from a slow start with the ball to remove both India openers before lunch as the inaugural World Test Championship final got off to a belated start at the Ageas Bowl.

After a day one washout, the side reconvened under leaden skies on Saturday morning and ended up scrapping out an even first session as India reached the interval on 69 for two.

With thick, dark clouds overhead, the floodlights on and a 10.30am start time it was no surprise when Black Caps skipper Kane Williamson put the opposition in after winning the toss. 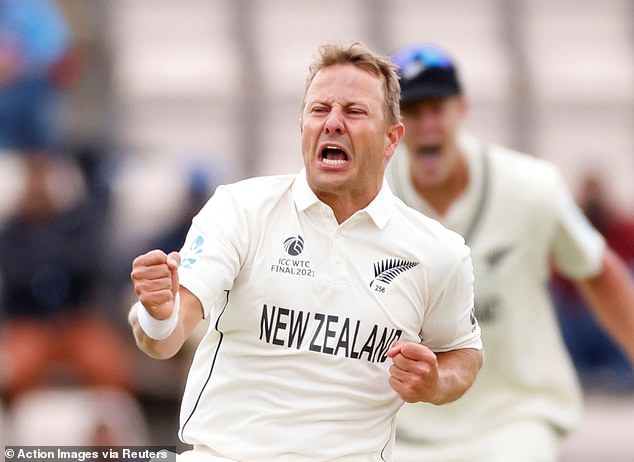 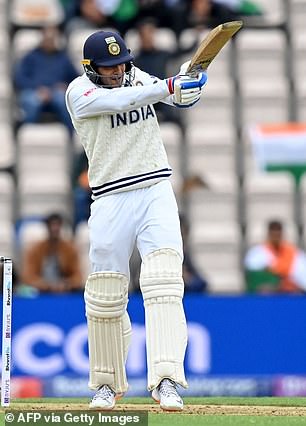 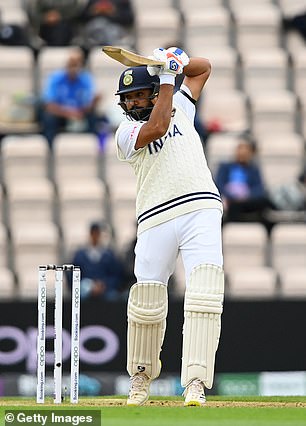 Less predictable was the flat opening blast from the usually reliable new-ball pairing of Tim Southee and Trent Boult, both of whom failed to challenge the outside edge with any kind of of regularity as Rohit Sharma and Shubman Gill eased to 37 without loss from the first 10 overs.

Only the slowness of the damp outfield prevented that total from growing but there were a couple of dominant moments – Gill standing tall to pull a Boult bouncer for four and Rohit creaming Colin De Grandhomme through cover on the up as he entered the fray.

Kyle Jamieson dragged the momentum back, rapping Gill on the helmet with a vicious lifter and exercising great control until Rohit’s patience snapped on 34 and he nicked to the diving Southee at third slip.

Neil Wagner, preferred to spinner Ajaz Patel in an all-seam attack, took care of Gill with just his third ball as a defensive prod took the edge and carried through to BJ Watling. 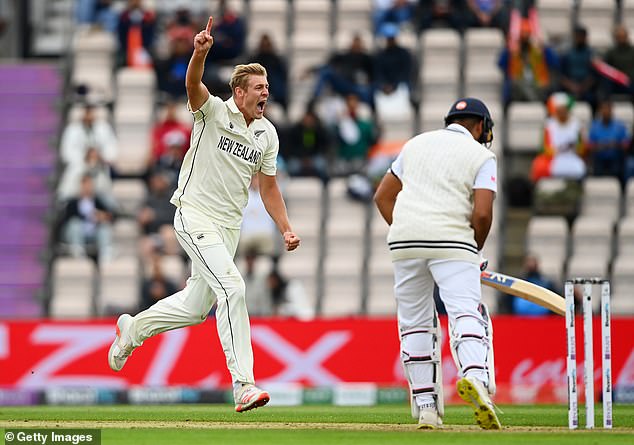 Kyle Jamieson dragged the momentum back, dismissing Sharma when he was on 34 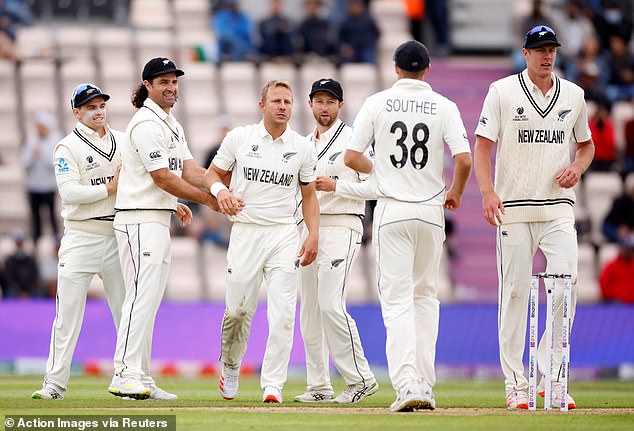 Neil Wagner took care of Gill, with just his third ball as a defensive prod took the edge