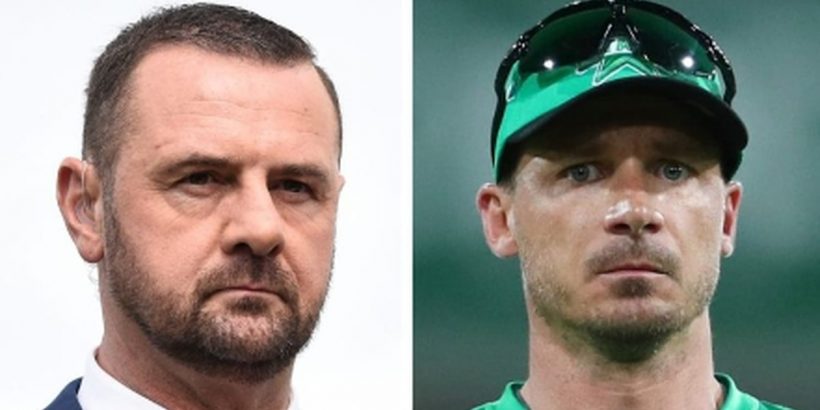 Representing the Quetta Gladiators on Friday evening, the 37-year-old Steyn claimed 2/44 in a three-wicket loss to Peshawar Zalmi in the Pakistan Super League, his first professional match since early December.

While Steyn sat in the dressing room during the first innings, Doull remarked on the South African’s shoulder-length hair, which he had grown during the Covid lockdown.

“A little mid-life crisis with that hair,” Doull said in commentary.

Steyn did not take kindly to the remarks, voicing his disgust on social media.

“If your job is to talk about the game, then do that,” Steyn tweeted on Saturday evening.

“But if you use that airtime to abuse anyone for their weight, sexual choices, ethnic backgrounds, lifestyle etc or even hairstyles, then I’m afraid I have no time for you as a human.

“You and anyone else like that to be fair.

“It was a great time last night, fantastic to play in front of crowds again, cricket is so much better that way.

“We lost but hopeful to pull it together in our remaining games.

“Thanks for the support. Have a great weekend everyone.”

Steyn was South Africa’s highest wicket-taker in Test cricket, finishing his international career with 439 scalps at a remarkable average of 22.95.