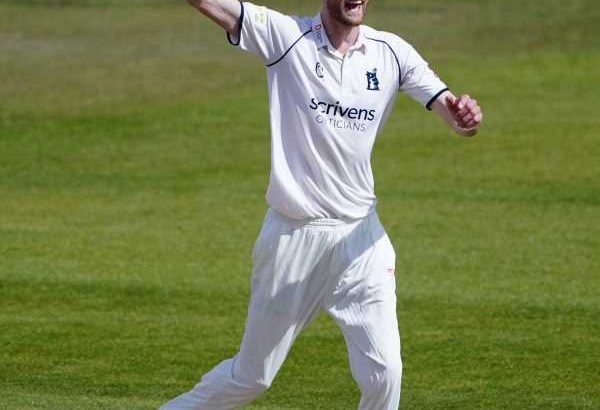 Faced with a target of 309, Derbyshire crumbled for the second time in the match and were bowled out for 117 before tea on the third afternoon with Hannon-Dalby claiming four for 24.

The home side had a chance when they dismissed Warwickshire for 155 with Michael Cohen taking five for 43 but, chasing 309, a post-lunch collapse condemned them to a fourth defeat of the season. 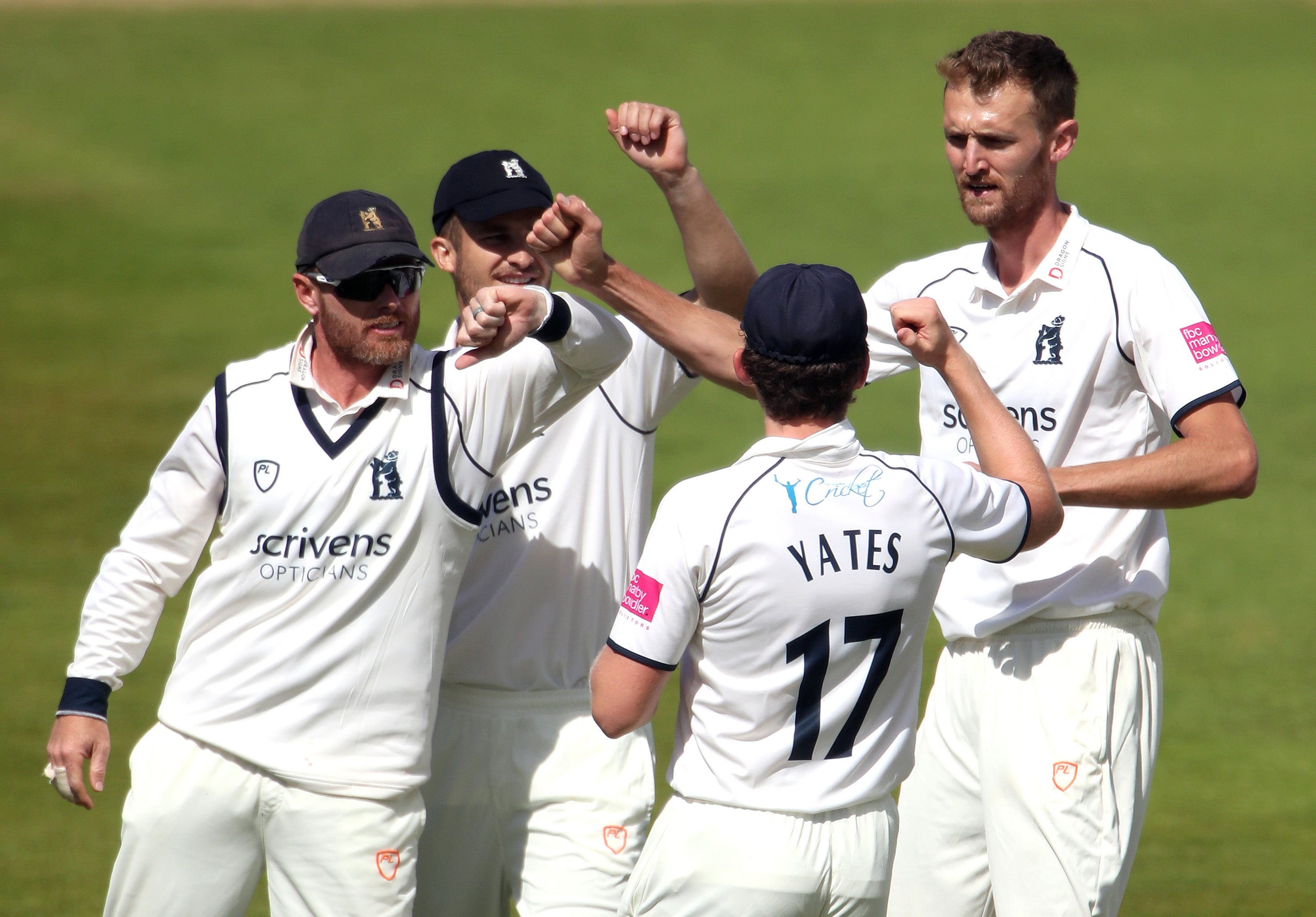 Warwickshire’s fourth victory takes them to the top of Group One and boosts their chances of qualifying for Division One with two games to play.

Leicestershire crushed group leaders Gloucestershire by an innings and 93 runs.

Gloucestershire, following on, slipped to 31 for five inside the first hour and were ultimately bowled out for 200.

Ian Cockbain and Jonny Tattersall made half-centuries in adding 119 but man-of-the-match Callum Parkinson dismissed both in quick succession and finished with five for 63, for career-best match figures of 10 for 108, as Gloucestershire lost their last five wickets for 50.

Worcestershire opener Jake Libby’s third century of the summer was not enough to prevent Durham from triumphing by 10 wickets on day three at New Road.

Libby struck 126 and received support from the middle to lower order as Worcestershire totalled 336 all out – but they were only able to set a modest 87 target and Cameron Bancroft (46 not out) and Michael Jones (34 not out) saw Durham home without loss.

Lancashire suffered their first defeat of the season as Glamorgan wrapped up a six-wicket victory on the third morning in Cardiff.

While wickets had tumbled on the first two days of this match, just one fell on the third as an undefeated 63 from Marnus Labuschagne guided Glamorgan to 188 for four and an ultimately comfortable win.

Despite the loss, Lancashire remain top of Group Three, while Glamorgan move to 99 points.

Dawid Malan’s fabulous 199 put Yorkshire in the box seat for a crucial victory over Sussex at Headingley.

The White Rose were bowled out for 558 after tea on day three, a lead of 245, before Sussex closed on 38 without loss from 23 overs in their second innings.

Tom Abell fell two short of a century as Somerset built a commanding lead against Hampshire on the third day at Taunton.

Having bowled out their opponents for 311 from an overnight 285 for seven, Josh Davey finishing with five for 78, the home side rammed home their 49-run first-innings lead by posting 323 for six.

Skipper Abell led from the front, striking 15 fours in his 155-ball innings, and was well supported by Steve Davies (82), George Bartlett (74 not out) and Lewis Goldsworthy (36).

Brett Hutton returned to Nottinghamshire’s side to claim three wickets and leave Essex in trouble at Chelmsford.

Fast bowler Hutton had only played once previously this season but ripped up the Essex top order, leaving the hosts 15 for three, and eventually returned three for 48.

Tom Westley led the recovery with a patient 71 as Essex climbed to 180 for seven in a match which is likely heading towards a draw.

Ollie Robinson hit a century and claimed the 100th catch of his career as Kent fought back on day three against Northamptonshire at Canterbury.

The wicketkeeper hit 120 from 119 balls, including 16 fours and three sixes, as Kent reached 330 for five in reply to Northants’ 392 all out and barring a sporting declaration tomorrow, the match is almost certain to end as a draw.