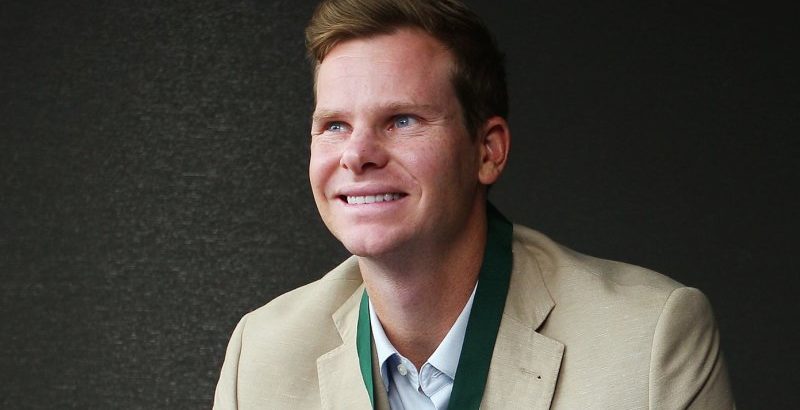 Tim Paine’s endorsement of Steve Smith to succeed him as Test captain at a dinner on Wednesday night should not come as a surprise. He was hardly going to speak ill of a teammate in public.

Though Paine’s opinion should carry some weight, it was the spontaneous rousing applause his comments received from sections of the audience that will have more bearing on Smith’s prospects of returning to the leadership. 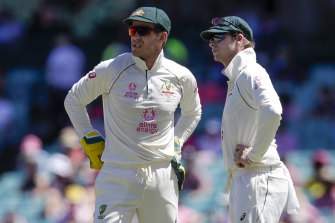 Tim Paine has thrown his support behind Steve Smith returning to the Test captaincy.Credit:AP

The demographic of the guest list at the minimum $295-a-head dinner to raise money for the Chappell Foundation is a long way removed from the rank and file but the reaction will not have gone unnoticed by Cricket Australia, who have said they will take into consideration the public’s view. Three directors were there, including chairman Earl Eddings.

The official process is for the selectors to recommend their choice as captain. Ultimately, though, it will be CA’s nine-person board who decide whether Smith gets the chance to fully redeem himself in a second stint as skipper.

The selection panel of Trevor Hohns, Justin Langer and George Bailey are aware of the damage that could be done if they were to nominate a player who was to be knocked back. It would be embarrassing for all, not just to Smith and Pat Cummins, the man widely tipped to take over from Paine.

Unnervingly for those who believe in succession plans, the board is yet to formally discuss the captaincy issue, according to a source familiar with the matter.

There have been board members who believe Smith’s offence was so serious he should not lead again but that view has softened with time and new faces to the boardroom, though few who have spoken to directors about the matter believe the superstar batsman is their first choice.

Paine, 36, has long held the view he will assess his future series by series. That has not changed but with three tours to come next year in Asia, where Australian teams generally struggle, the Ashes present Paine with the best chance to bow out on his own terms.

“If I feel like the time is right and we’ve beaten the Poms 5-0, what better way to go out. But it might be a tight series and we might be chasing 300 on the last day and I might be 110 not out out and hit the winning runs — and then I might go again,” Paine said.

Thrust into the state captaincy when he was not ready, Paine can sympathise with Smith, who was appointed leader as a 26-year-old in 2016, a year after being given a taste of the job deputising for Michael Clarke.

“The time I played under Steve he was excellent. Tactically, he is as good as you get,” Paine said. “He’s probably a bit like me when I was at the start of my captaincy journey in Tasmania — he was thrown into a very big role at a very, very young age and he probably wasn’t quite ready for it.

“But by the time I came in he was growing into that role and getting better and better. Then obviously South Africa events happened and he’s not doing it anymore. But, yeah, I would support him getting that job again.”

That depends on whether CA believe Smith has come back a more worldly and well-rounded person who can see beyond the “gilded bubble” of international cricket.

Such a criticism could not be leveled at Cummins, whose credentials on and off the field are impeccable. Nor does he covet the role. Like Paine, he would be very much a reluctant leader.