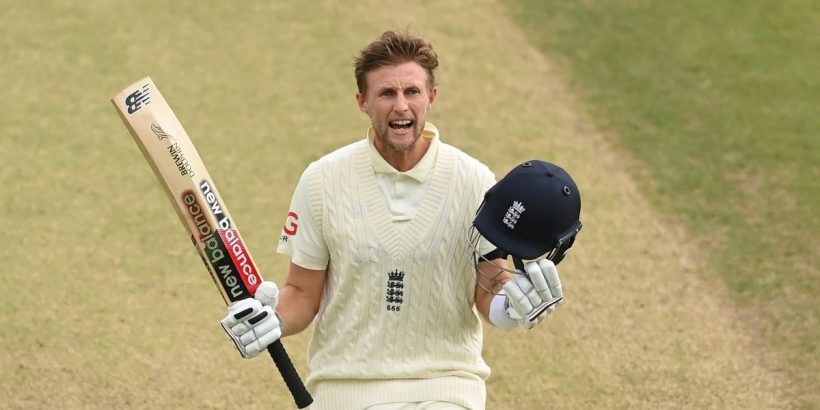 Joe Root has been called ' England 's greatest ever batsman' after he scored his 23rd Test century in the third Test against India at Headingley.

The England captain continued his remarkable 2021, notching his third hundred of the series and his sixth of the year – the joint most by an England batter in a calendar year.

Root has now scored 1,398 runs in 2021, breaking a record held by Sir Alastair Cook for the most runs in a calendar year by an England Test captain.

And former England batter Neil Fairbrother believes Root's exploits mean he is now the best that England have ever produced.

Taking to Twitter, Fairbrother wrote: "Simply Englands greatest ever batsman, end of!!!! Another masterclass from @root66 today, 100 no.23!!"

In response, England bowler Stuart Broad, who is currently out of action with a calf tear, wrote: "Can’t argue with that in the slightest…."

Australia legend Shane Warne has also lauded Root, telling Sky Sports: "That sets the tone for the rest of the players – it's rubbing off on them; the way he's going about it, including his running between the wickets, exudes pure confidence.

"At the minute he's at the peak of his powers. I'm not sure India have got a plan to Joe Root. I think they just want to bowl well to him and hope he makes a mistake.

"But he's got all the shots and you can see how much scoring a hundred means to him to. It's great to see."

Dawid Malan, who shared a 139-run partnership with Root on his return to Test team, labelled his captain "phenomenal".

Speaking to reporters, Malan said: "He is phenomenal. He just scores runs all the time and it is the speed at which he does it.

"You look up and suddenly he is 20 not out and you can’t really remember a shot that he has played.

"He is busy and to be able to bat with him is fantastic. He has led from the front again as he has done in the Test series so far and all credit needs to go to him."