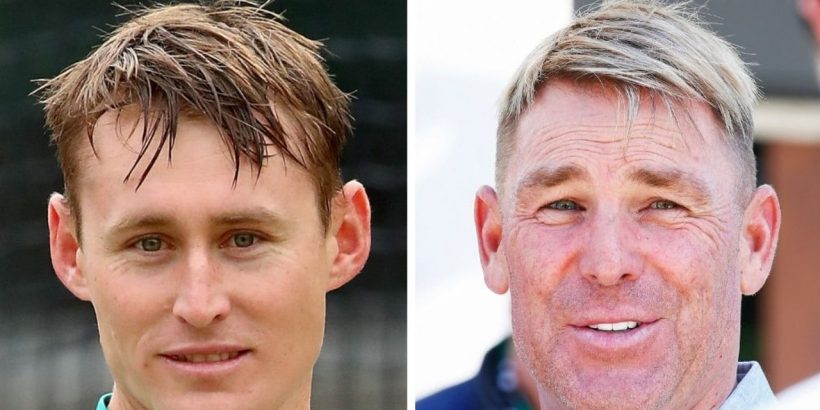 Shane Warne is standing by his comments about Marnus Labuschagne’s peculiar mannerisms – and says the Aussie batsman has no issue with what he said during a recent broadcast.

Warne and co-commentator Andrew Symonds were heard discussing Labuschagne’s quirky behaviour while they thought they were off-air.

But a live microphone broadcast their comments, prompting Warne to contact Labuschagne to clear up the issue.

“Marnus bats best when he forgets all the exaggeration stuff, like calling, ‘No’, ‘Yes’ and ‘Wait on’ really loudly and waving his bat around,” Warne wrote, in an exclusive column for News Corp Australia.

“I like it when he just bats – and that’s why I said to Andrew Symonds that he should ‘just bat properly’.

“I’ve communicated with Marnus about what unfortunately went to air last week and I’d like to apologise for swearing on TV.

“Marnus had no issue. He thought it was funny and had a laugh about it and so did his teammates. Andrew has also apologised to Marnus for what he said, too.”

Warne isn’t the only one to comment on the over-the-top antics Labuschagne and Steve Smith display at the crease.

But the Spin King is confident the 26-year-old can continue his march to the very top of the sport.

“Labuschagne can challenge The Big Three – Kane Williamson, Smith and Virat Kohli – as the best batsman in the world,” said Warne, of the ICC’s number four-ranked batsman. “He is an outstanding player.”