There have been times over the past 18 months when Australian selectors had great difficulty finding players to pick in the Test side. As they sit down over the next week to finalise their Ashes squad, their issue will be who they will have to leave out.

The returns of Steve Smith and David Warner from suspension and the revival in Australia's fortunes late last summer mean there is suddenly depth and hot competition for places. 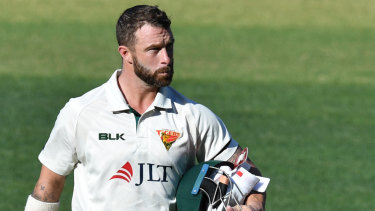 Will Matthew Wade be given the chance to resurrect his Test career at the Ashes?Credit:AAP

Wade, who has given away the keeping gloves, is mounting a compelling case to claim Kurtis Patterson's position in the middle order.

One of the best-performed batsmen in the Shield the past two seasons, Wade has plundered attacks in short- and long-form cricket. His century this week against the England Lions was, from all accounts, most impressive.

He had an injury scare after being hit on the elbow. Scans have cleared him of structural damage, but talk of a bruised nerve will draw comparisons to the injury Ricky Ponting suffered in 2009 that brought a downturn in form.

Patterson's habit of not converting his starts may cost him. The left-hander, who made a ton in his last Test, did himself few favours with knocks of 32 and 38 against the England Lions and will need a big score next week to re-establish his claims.

Marsh is back in the picture, having shaken off Marcus Stoinis as Australia's preferred all-rounder. The maligned West Australian is fitter than he's ever been after training with AFL club West Coast and it has shown in his bowling, with Paine saying his pace is up.

Due to the dominance of Australia A's top order, he has not needed to do much with the bat but has done enough to encourage selectors. If they want a seam-bowling option in the top six, Marsh will be picked. 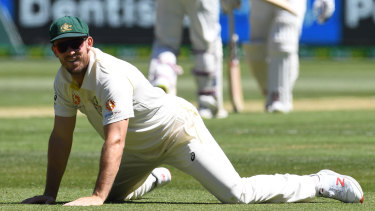 Mitchell Marsh is in contention for another Test recall.Credit:AAP

Labuschagne is making a late charge after starring for Glamorgan in county cricket, albeit in division two, with 1114 runs at 65, five hundreds, and 19 wickets at 38 with the ball. The Queenslander will give selectors the option of playing a second spinner without sacrificing a paceman.

As he has a county deal, selectors may leave him out knowing he won't be far away if needed.

If a spare opener is required, it will be between Joe Burns and Cameron Bancroft. Will Pucovksi and Peter Handscomb are considered outsiders to make the squad.

Khawaja is on track to play in the first Test after hurting his hamstring two weeks ago.

With Wade no longer keeping, Alex Carey will be Paine's understudy. The South Australian had an excellent World Cup with bat and gloves and is seen as a future leader, despite moderate numbers at first-class level. 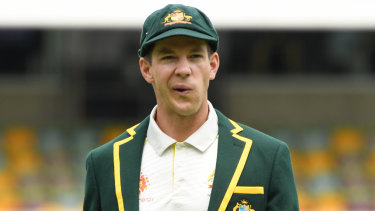 Test captain Tim Paine says he’s pretty clear on the side that will face England.Credit:AAP

Hohns has declared two frontline slow bowlers will tour, so expect Jon Holland to be the back-up to Nathan Lyon.

Mitchell Starc, Pat Cummins, Josh Hazlewood and James Pattinson pick themselves. The debate is over who will be the fifth quick.

It's accepted selectors are looking for a quick who will be suited specifically to English conditions.

Most see it as a duel between evergreen Victorian Peter Siddle and Queensland's Michael Neser. There are not many Australian players with as much experience in England as Siddle. 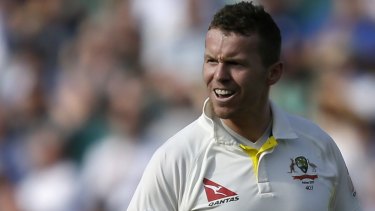 Peter Siddle is a veteran of three Ashes campaigns in England.Credit:AP

As Siddle has been keen to point out, bowling in England is much different to anywhere else in the world, with more reliance on skill than raw speed.

A veteran of three Ashes series in England, Siddle has 43 wickets at 28 from 11 matches. Hohns and his panel should remember his match haul of 6/67 in the final Test in 2015 after Australia belatedly picked him for a dead rubber.

Neser has been on the selectors' radar for some time having been picked for the one-day international series in England last year and the Test tour of the UAE. The Queenslander is also a useful with the bat at No.8.

Injured West Australian quick Jhye Richardson, on the comeback trail from a shoulder injury that wrecked his World Cup dream, is considered a chance to be fit for later in the series.