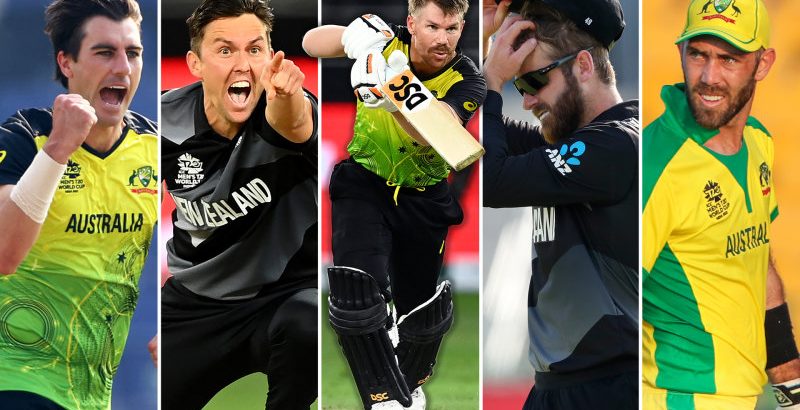 Pat Cummins is worth more than the entire New Zealand XI put together. That’s the assessment of the global Twenty20 economy, underscoring the gilt-edged opportunity Australia has to create history in Sunday night’s T20 World Cup final.

Cricket’s trans-Tasman rivalry has been characterised as a battle between little brother and big brother, when a clash between David and Goliath may be a more appropriate comparison.

The men’s final pits Australia’s $10.5 million guns for hire against a Black Caps side valued at just a fraction of that, $2.2 million, by the Indian Premier League free market.

The difference is also reflected in the revenues of the two nation’s governing bodies, with Cricket Australia’s $414.7 million revenue dwarfing the $60 million of the New Zealand board.

Despite the gulf in commercial clout, it is New Zealand who, if not for an umpiring error, could be shooting to complete cricket’s triple crown of the World Test Championship and the World Cup in the 50- and 20-over formats in the early hours of Monday morning (1am AEDT).

Nevertheless, with the game’s modern superpower India and white-ball juggernaut England out of the running, Australia will seldom get a better opportunity to claim the only major title to have eluded the country. 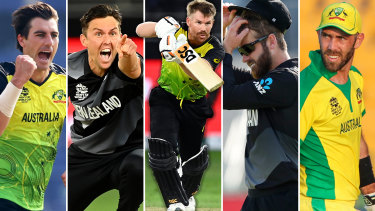 Sport is not played on a spreadsheet, but the vast sums paid to Australian players by IPL franchises, whose lists are managed by some of the game’s most astute minds, reflects how highly thought of they are as cricketers.

Cummins ($3.17 million), Glenn Maxwell ($2.63 million) and David Warner ($2.3 million) all have IPL deals worth more than the entire likely New Zealand team that will take to the field for the final.

So did Steve Smith before he was released by the Rajasthan Royals at the start of the year, while Mitchell Starc, bought for $1.8 million in 2018, would also fetch a high seven-figure price should he choose to return to the world’s richest T20 league having not played since 2015.

The Kiwis are not paupers compared to the average person on the street, but their qualification for the decider with a team not highly rated by IPL recruiters adds weight to the belief they punch well above their weight.

Of their likely XI, only three players – skipper Kane Williamson and quicks Trent Boult and Adam Milne – went at auction for more than $500,000, while all-rounder James Neesham and spinner Mitchell Santner (both $92,300) were bargain-basement acquisitions.

Symbolically, one of New Zealand’s greatest fast bowlers, Tim Southee, with a base of $138,000, was secured as an afterthought, called in as a replacement for Cummins after he withdrew from the second leg of this year’s IPL to be at the birth of his child.

Furthermore, leg-spinner Ish Sodhi is part of the Rajasthan Royals’ back-room staff as the team liaison officer after going unsold at the auction.

Through their achievements on the world stage, New Zealand have regularly shown they are more than the sum of their parts, but it’s Australia who prevail in the matches that count between the two neighbours.

The 2015 World Cup final was a rout. When they last met in the Test arena two seasons ago, what could go wrong did go wrong for the Kiwis, who were whitewashed in three one-sided games, ensuring the Trans-Tasman Trophy, which last changed hands in 1993, would remain in Australia.

“The way New Zealand cricket have gone about their business the last few years has been outstanding,” Australia coach Justin Langer said. “They’re a really good bunch of blokes, they get on with the job and get it done. We’re going to have to be at our best like we have been in this tournament to beat New Zealand.”