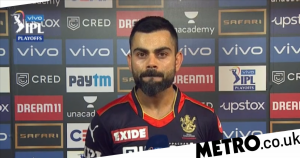 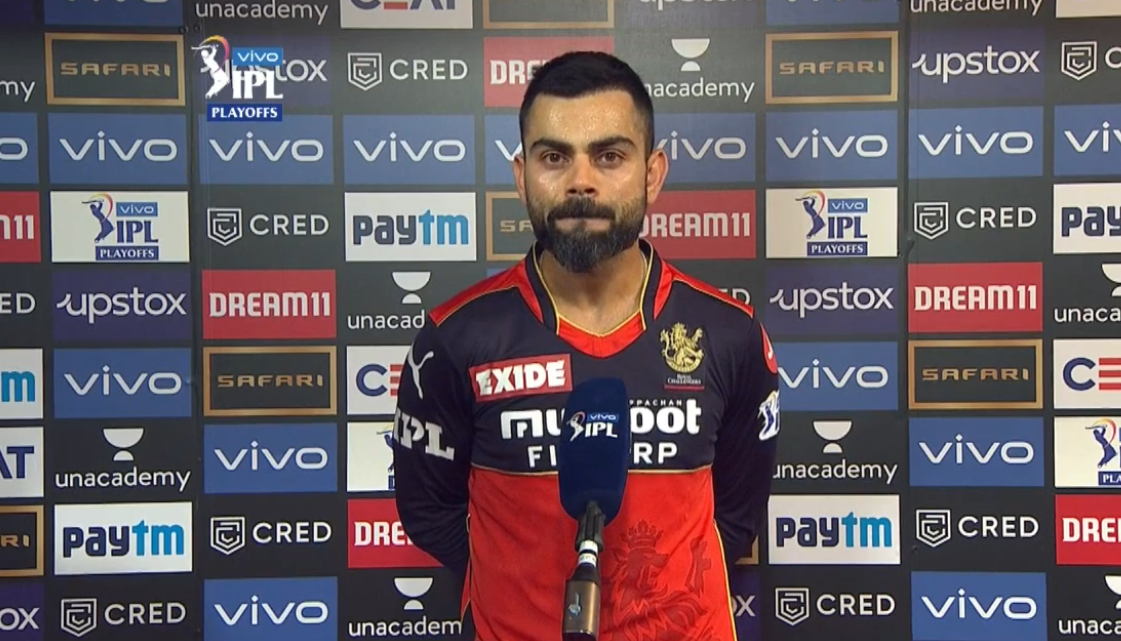 Virat Kohli insists he has given ‘120%’ to the Royal Challengers Bangalore captaincy after his side were knocked out of the Indian Premier League by Kolkata Knight Riders.

India captain Kohli scored 39 against Kolkata on Monday but his team-mates struggled, with only fellow opener Devdutt Padikkal passing 20 in their 138-7 in the Sharjah eliminator.

West Indies hero Sunil Narine was brilliant for the Knight Riders, taking 4-21 from his four overs, while New Zealand’s Lockie Ferguson chipped in with two wickets.

Kolkata chased the under-par total with two balls and four wickets to spare, with Shubman Gill hitting 29 off 18 and Narine smashing three sixes in his 15-ball 26.

Royal Challengers Bangalore’s defeat means the franchise failed to win the IPL under India legend Kohli, who captained the team for 11 seasons.

Kohli’s best result as RCB captain came in 2016, when he led them to the final. Bangalore finished third in 2015 and also lost in the eliminators last season.

‘I’ve tried my best to create a culture here where youngsters could come in and play expressive cricket, play with belief,’ Kohli said after Bangalore’s four-wicket defeat to Kolkata.

‘We are looking forward to it,’ England World Cup winning captain Morgan said.

‘I thought we had a chance of reaching the final, but the cricket we have played has surprised everybody. Everyone came with a drive to perform.’