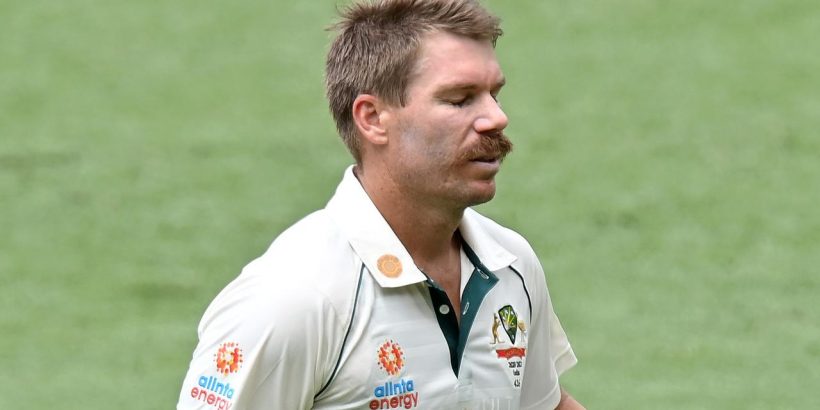 The Sunrisers Hyderabad have axed David Warner as their captain, announcing Kane Williamson will lead the Indian Premier League franchise for the remainder of the tournament.

The club released a statement on Saturday evening confirming the Australian batter would not longer captain the side, effective immediately.

The Sunrisers also hinted Warner could be replaced in the starting XI for Sunday’s match against the Rajasthan Royals, potentially by England opener Jason Roy.

Sunrisers Hyderabad have announced that Kane Williamson will replace David Warner as the franchise's captain with immediate effect.

They have also confirmed that their overseas combination will change from tomorrow's game against Rajasthan Royals.#IPL2021pic.twitter.com/gmtxklijnf

“Sunrisers Hyderabad would like to announce that Kane Williamson will be taking over the captaincy for tomorrow’s match and for the remainder of IPL 2021,” the statement read.

“The team management has also made the decision that they will be changing their overseas combination for tomorrow’s match against Rajasthan Royals.

“This decision has not come lightly as the management respects the enormous impact David Warner has had for the franchise over a number of years. As we face the remainder of the season we are sure David will continue to help us strive for success both on and off the field.”

Warner led the Sunrisers to their maiden IPL title in 2016, but lost the captaincy following the 2018 ball-tampering saga in South Africa.

Williamson took over the role during the 2018 and 2019 editions before Warner reclaimed the captaincy last year.

Hyderabad currently sits in bottom place of the IPL ladder after registering just one victory in six games.

Warner has scored 193 runs in six innings during the 2021 tournament, but his pitiful strike rate of 110.28 has come under scrutinty from cricket pundits.