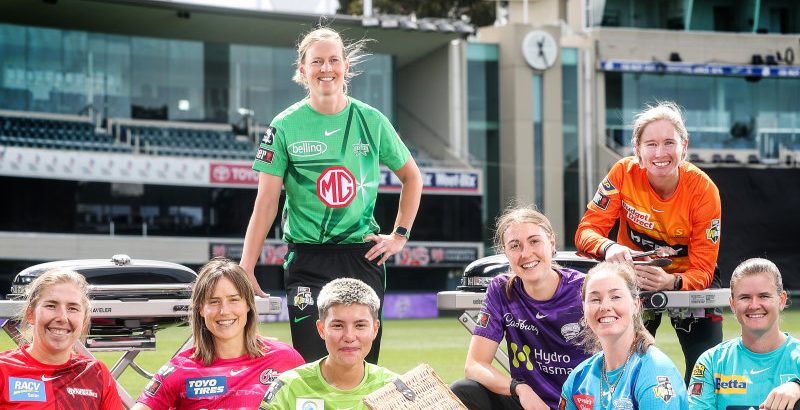 The Women’s Big Bash League has been thrown into chaos with Tasmania announcing a three-day lockdown in the state’s south after a COVID-positive traveller fled hotel quarantine and visited a supermarket.

The competition, which began on Thursday, relocated all Victoria and New South Wales-based players to Hobart last month in an effort to avoid lockdowns. All players and staff had to undergo two weeks of hotel quarantine.

Cricket Australia confirmed they are working with the state government on a number of options, such as playing without crowds and postponing games, and will announce a decision on Friday.

On Friday afternoon, Tasmanian Premier Peter Gutwein said the snap lockdown would run from October 15 6pm to October 18 6pm and could not risk a large COVID-19 outbreak during this “crucial” point in the vaccination roll-out.

He said if the WBBL season were to continue as scheduled, it would be with no crowds and players under strict protocols.

“If they [WBBL matches] do go ahead, they will go ahead with no crowd and with the players remaining in a bubble,” he said. 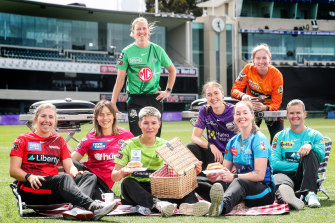 The competition was launched in Hobart on Wednesday but is now facing upheaval.Credit:Getty

Both the Adelaide Strikers and Perth Scorchers have now delayed travel plans to Hobart with two double-headers set to be affected.

The Melbourne Renegades were set to take on the Hobart Hurricanes on Saturday afternoon with last year’s champions Sydney Thunder playing the Adelaide Strikers in the evening. On Sunday, the Scorchers were to face the Brisbane Heat before the Sixers took on the Hurricanes.

The WBBL issued a statement on Friday afternoon.

“The health and safety of our players, staff, match officials and partners, along with that of the wider community, remains our top priority,” the statement read. “We are currently working with the Tasmanian Government on options for the upcoming matches at Blundstone Arena this weekend.

“The League will provide further updates in due course.”

The Scorchers were due to fly out on Friday but announced they would be delaying their travel due to lockdown announcement.

“Due to the unfolding COVID situation in Tasmania, the Scorchers have delayed their travel from Perth to Hobart by 24-hours. Further updates to come,” the Scorchers club statement read.

The Strikers flew out from Adelaide to Hobart on Monday ahead of the game and announced they would await further confirmation from Cricket Australia.

“Hobart will enter a snap three-day lockdown beginning from 6pm tonight to 6pm Monday EDT. It is unclear what this will mean for the matches being played this weekend. More details to come,” a club statement from the Adelaide Strikers read.

The season started on Thursday night with Alyssa Healy starring in the Sydney Sixers’ victory over the Melbourne Stars.

Friday’s Marsh One-Day Cup match in Western Australia was delayed until 1pm Perth time with all Tasmanian players required to be cleared to play by WA Police.

Before the clash, the visitors had to declare they had not attended any exposure sites during their time in their home state.