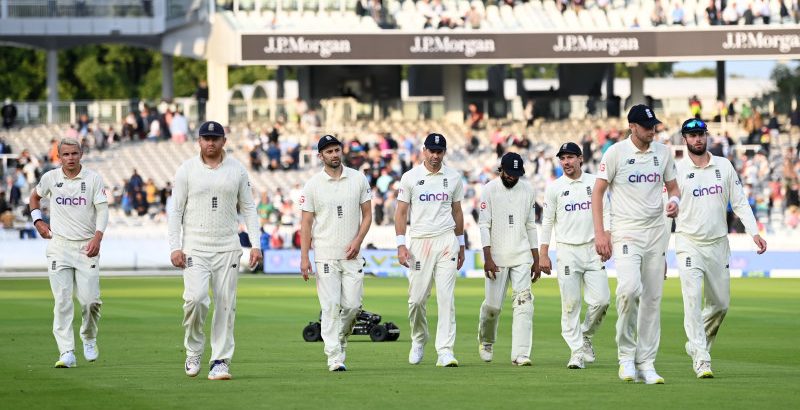 An Ashes series that starts at the MCG on Boxing Day and has the COVID-managed states of Victoria and New South Wales at its heart would be the dream scenario for England’s bedraggled cricketers.

But Cricket Australia has a pile of documents from its ongoing legal battle with the free-to-air broadcaster Seven as a reminder of why such a blueprint is next to impossible unless the governing body wants to retrace some extremely bitter ground. 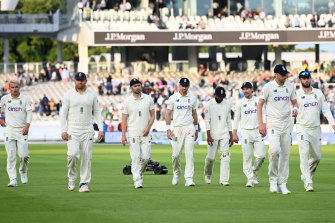 Australia’s COVID-19 quarantine measures have up to 10 of England’s players reconsidering the trip. Credit:Getty

No one in the England squad, from the captain Joe Root down, is currently guaranteed to turn up in Australia for the Ashes, until the tourists get a better idea of the sort of landscape they will face. Of particular alarm are the hard borders between states and the prospect of snap lockdowns trapping players or their partners.

England’s multi-format players are going to Pakistan for a Twenty20 series, then to the UAE for the World Cup, then to Australia for the Ashes, and finally to the Caribbean for a meeting with the West Indies.

Time at home and with family would be precious, and Root’s men would jump at the opportunity to spend even a week back in the UK after the World Cup and before the Ashes. This would only be possible if the Test series was delayed from its current December 8 start date at the Gabba in Brisbane.

Whenever they arrive, England’s cricketers will be seeking an array of freedoms distinct from the hard, bio-secure bubbles they have experienced far more often than their Australian counterparts over the past 18 months. Some of the touring players may only commit to playing two or three Tests of the series, rather than all five.

• Can leave the hotel for exercise, such as a run or walk

• Meeting friends and family outdoors allowed, including dining and coffee

• Other activity such as private barbecues allowed, with approval

• No pubs (including beer gardens)

• Avoid public gyms (use of hotel gym OK if quiet)

However, CA is determined to maintain broadcasting peace after its battle with Seven last year. The fight began with calls for a major broadcast rights fee reduction, and then evolved into a debate over changes to the summer schedule to better accommodate the requests of the touring Indian team.

Documents tendered in the Federal Court and obtained by The Age and the Sydney Morning Herald illustrate the high stakes of the battle between CA and Seven – a stoush that neither the network nor the governing body would ever wish to happen again.

Seven’s chief executive James Warburton kicked off the dispute on March 30 last year, with a letter to CA’s then CEO Kevin Roberts that sent shockwaves through the game’s custodians. Seven was in financial trouble and wanted a huge cut in their rights fee.

“Seven has lost approximately $30 million a year on cricket to date,” Warburton wrote. “If you look at it against incremental revenue, the opportunity is more like $60 million a year. This simply cannot continue.

“In light of the serious financial issues impacting Seven, we seek a 40 per cent reduction in the rights fee from this season forward.”

Roberts made his concern plain in reply, six days later.

“We are not in a position to consider a rights fee reduction,” he wrote. “We understand that Seven is facing a broader set of financial challenges. Following our discussion, we would be interested to understand the extent of these challenges and the likelihood that Seven will be able to meet its future commitments.”

On June 12, just four days before Roberts tendered his resignation to CA’s board, Warburton issued a pointed warning about how the dispute may play out.

“Put simply, Sports Rights are unsustainable at the current levels,” Warburton wrote. “A season with change, limited big-name players in the BBL or reduced crowds has a significantly reduced value to SWM and we need CA to seriously consider how we can work together to form a sustainable, long-term partnership. We have a chance to do that right now, versus a more confrontational and public fight as your season seeks to come back.”

By August, the dispute had moved on to issues around the forthcoming summer and India’s tour plans. Originally, the Indian team had been scheduled to play a Test series first, followed by white ball games. Seven’s deal with CA, which doesn’t include men’s ODIs or T20Is, leaves the network very much in need of international content in November and December, the better to sell advertising that will make the cricket deal cost-effective.

Warburton’s letter to Roberts’ successor Nick Hockley, on August 12, went through a line-by-line breakdown of all the potential costs Seven saw in the revised schedule. “Nick, as you can see, both individually, and in the collective ($51-$62 million),” Warburton wrote, “the financial impact to Seven is significant and simply cannot be brushed aside.”

When CA invoked force majeure clauses in its rights agreement with Seven on August 19, to reshuffle the India series to begin with white ball matches before the Tests commenced on December 10, the network responded brutally. The “public fight” Warburton had warned Roberts about began on August 25, and extended even to partial non-payment of Seven’s contracted instalment for two tense weeks in September.

Ultimately, it will be wariness of another round of fisticuffs with its FTA broadcaster that will mean CA attempts to have the Ashes played as close to its current schedule as possible.

Industry sources contacted by The Age and the Sydney Morning Herald made it plain that England’s wishlist will be secondary to the need for the Ashes to start in early December and be played through to mid-January, even if it means significant numbers of players pulling out of the assignment.

As one said: “Virat Kohli went home after one Test last summer, and that turned out OK.”