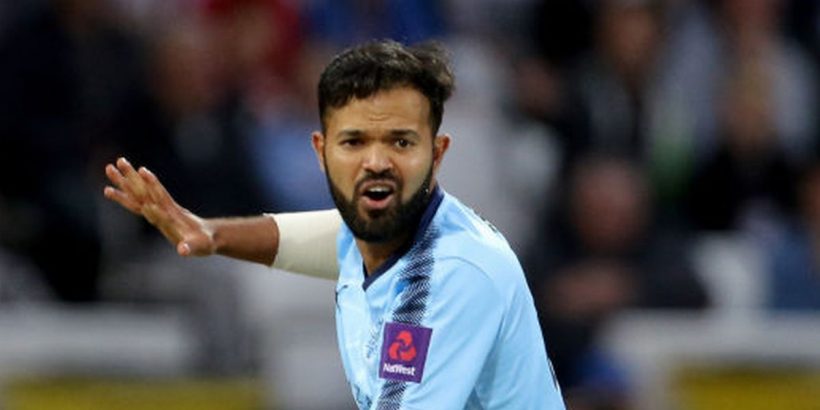 Yorkshire have published a summary of the report into institutional racism at the club – admitting that former spinner Azeem Rafiq was the victim of 'racial harassment and bullying' during his playing career at Headingley.

Of those, seven have been upheld by an independent panel. The rest were not upheld, although some of those were due to insufficient evidence.

Yorkshire have been under pressure to publish the full report after receiving it last month, but say, legally, they cannot.

Instead, they have published a summary, and say the panel could not conclude one way or the other whether the club is indeed institutionally racist.

Yorkshire chairman Roger Hutton admitted: "There is no question that Azeem Rafiq, during his first spell as a player at YCCC, was the victim of racial harassment.

"He was also subsequently the victim of bullying. On behalf of all at YCCC, I wish to extend my sincere, profound and unreserved apologies to Azeem and to his family."

Among the allegations upheld were the discovery that players used racist terms on three separate occasions that constituted harassment.

It was also found that a former coach "regularly" used racist language prior to 2012.

The seven upheld allegations in the report were:

1. When Azeem Rafiq was playing junior cricket for Yorkshire, he was not provided with halal food at matches. This has now been rectified.

2. Prior to 2010 the Panel found that there were three separate incidents of racist language being used by former players which were found to be harassment on the grounds of race.

4. During his second spell at Yorkshire between 2016 and 2018 there were jokes made around religion which made individuals uncomfortable about their religious practices.

5. During his second spell at the Club, a former player made references to Azeem Rafiq’s weight and fitness that amounted to bullying.

6. In August 2018, when Azeem Rafiq raised concerns of racism there was a failure by the Club to follow its own policy or investigate these allegations.

7. Finally, that on a number of occasions prior to 2018 the Club could have done more to make Muslims more welcome within their stadiums and should have dealt better with complaints of racist or anti-social behaviour within those stadiums.

The report found that his release from the club – on both occasions – was not for "anything other than cricketing reasons".

Hutton added: "There were a great many people at the Club who cared deeply for Azeem and who worked extremely hard over a long period to develop and assist him, both personally and professionally, and who celebrated his successes and championed him at the Club.

"And there were others that worked exceptionally hard with him on his cricket, particularly when he struggled for form.

"Both the current and previous management have worked hard over many years to improve engagement within the diverse communities within Yorkshire.

"It is a matter of sincere regret that the good work of so many people at the Club – both with Azeem and in our efforts to build an inclusive and welcoming cricket club representing the best of all of Yorkshire – is at risk of being overshadowed by the behaviour and remarks of a few people."