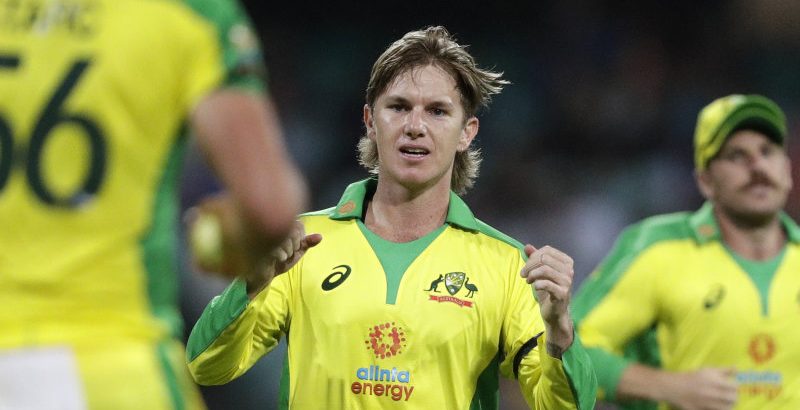 Adam Zampa hopes his success in one-day and Twenty20 internationals will earn him a spot in Australia’s Test squad.

One of the world’s leading leg-spinners in short-form cricket, Zampa was a key player in Australia breaking their T20 drought on the West Indies tour, claiming 2-20 from four overs in a tense victory. It came after Australia lost the first three matches and the series.

Australia prepare to play their fifth and final T20 match against the West Indies in St Lucia on Saturday before relocating to Barbados for three one-day matches beginning Wednesday.

The ever-confident Zampa, 29, believes he can convert his white-ball mysteries to the red ball despite a modest first-class bowling average of 48.

“[Those are] conversations I’ll be having with selectors once Tests, particularly to the subcontinent, start up again. I’m bowling well and I’m keen to be on those tours,” Zampa said on Friday.

There will be no shortage of potential opportunities next year, with Australia scheduled for Test tours of Pakistan, Sri Lanka and India, depending on security and the pandemic. 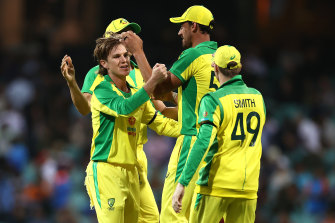 “I’ll play any cricket that’s available. It’s just worked out that in recent years white ball has been the highlight of that. We’ve had so many white-ball tours where I just haven’t had the opportunity to play red ball.

“Every time I’ve been available, I’ve tried to play.”

Zampa began his first-class career for NSW almost a decade ago but moved to South Australia for more opportunities.

‘If I’m bowling well at the time those tours get selected, hopefully I’ll be on them.’

He returned home last season looking to swap in and out of the NSW side with Nathan Lyon, Australia’s leading Test spinner. It seemed an easy fit, with Zampa on international white-ball duties and then playing for the Blues when Lyon was in the Test side.

However, the topsy-turvy nature of a schedule complicated by COVID-19 meant Zampa did not play a single Sheffield Shield game last season while Lyon played nine and was the competition’s leading bowler, with 42 wickets at 26.

Zampa’s last first-class match was for South Australia in early December 2019. Since then he has played 13 ODIs, claiming 27 wickets, and 18 international T20s for 17 wickets.

He is eighth on the International Cricket Council’s T20 bowler rankings and 15th in ODIs.

“I don’t think playing Shield cricket is the be all and end all of getting in the Test squad,” he said. “I think if I’m bowling well at the time those tours get selected, hopefully I’ll be on them.

“It’s disappointing I haven’t had a lot of opportunities in recent years to play first-class cricket because, at the end of the day, people do look at your career stats but it probably doesn’t really reflect the bowler you are at the moment.

“I played a lot of my first-class cricket when I was 21, 22, 23, which was six years ago now and I was inexperienced.

“I did have the odd good game but I wasn’t consistent enough, whereas I think if I played first-class cricket now, I know my game well enough to perform at that level.

“There’s a lot of things to take into consideration when you’re talking about that.”

Australia’s next Test leg-spinner in waiting is widely considered to be Queensland’s Mitchell Swepson, 27, an occasional tourist with the Australia squad who has played four T20Is.

Strongly supported by Shane Warne, Swepson was the third most successful Shield bowler last season with 32 wickets at 23 in five matches, for overall first-class figures of 149 wickets at 34 in 48 games.

However, he suffered a reality check playing for Australia A against India A last season, conceding almost a run a ball with figures of 1-148 from 29 overs.