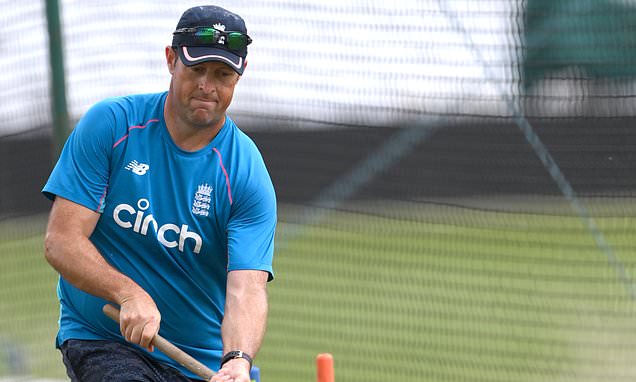 England’s batsmen made a shambolic start to their Test series against India when they were dismissed for just 183 on the first day in Nottingham.

Captain Joe Root fought a lone hand with 64 after winning the toss but no one else passed 29.

With four of the top nine making ducks, the last seven wickets fell for 45. Indian fast bowler Jasprit Bumrah claimed four for 46 and Mohammed Shami three for 38, before openers Rohit Sharma and KL Rahul calmly helped the tourists to 21 without loss by stumps to complete a triumphant day for Virat Kohli’s team. 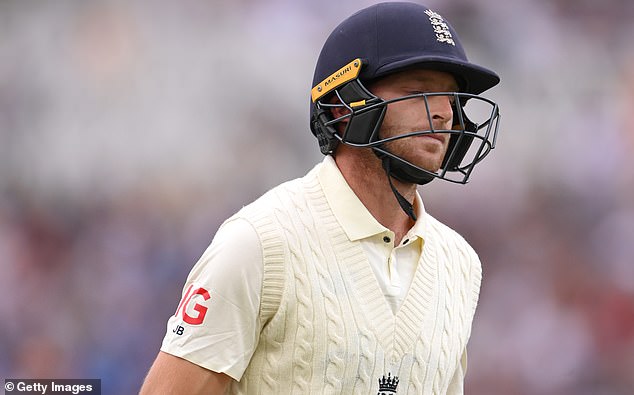 The extent of England’s collapse fulfilled the worst pre-match fears about a batting line-up with next to no red-ball cricket under their belts since the end of the two-match series against New Zealand in July.

And batting coach Marcus Trescothick was left to concede that the team’s preparation had not been ideal ahead of a five-match series against an Indian side who recently reached the final of the World Test Championship.

‘It’s probably not ideal,’ he said. ‘Scheduling is always an issue and, of course, you would want the batter to play a certain amount of red-ball cricket going into the Test series.

‘We all appreciate that trying to get all the cricket in for what you need for players across the whole summer — county teams, the Hundred, all these competitions going on — there’s no easy solution and something always has to give. 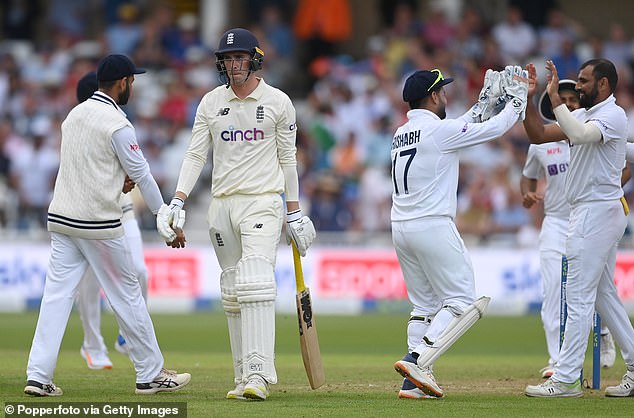 ‘Of course, we don’t want to use it as an excuse but we’d love to get more time into them at the crease — bowling with the red ball, facing the red ball and slightly better preparation.

‘But it’s not the way things are, so you have to find a way and get into it in a different fashion.’

Four members of England’s top seven — Root, Jonny Bairstow, Jos Buttler and Sam Curran — had not faced a single delivery in red-ball cricket since the New Zealand series, while Zak Crawley had faced only six.

Trescothick said: ‘The more attention we draw to this will just make it harder. As coaches we’ll try and absorb that and give them everything they need to get better. It will come right, it’s just a case of sticking with it.

‘Quite often you go into a Test series knowing that you’re coming in off the back of a white-ball competition — that’s just the way international cricket is.

‘You have to find your way as an international player to make that work.’ 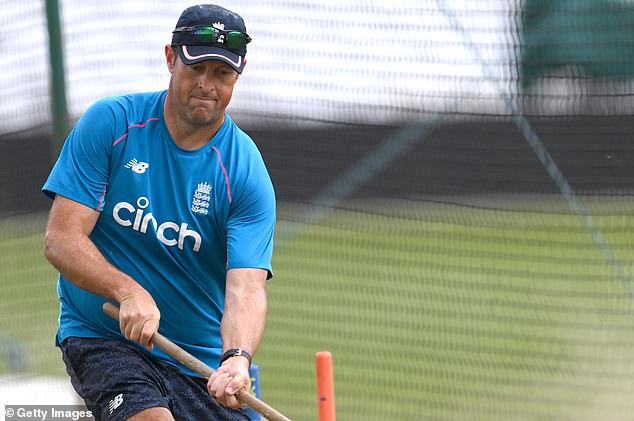