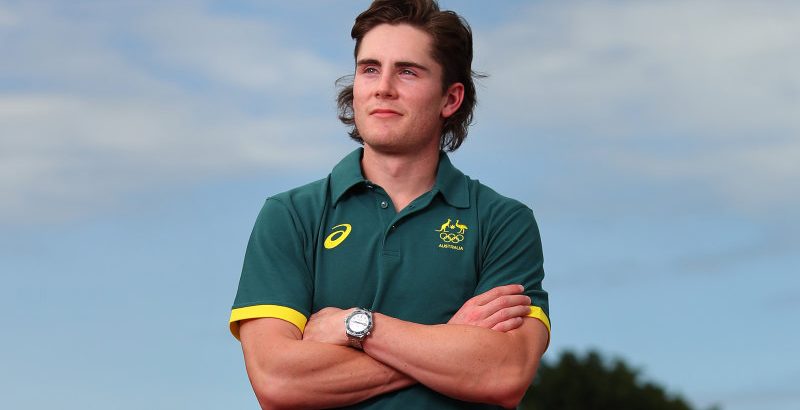 The Olympics’ biggest, most watched, sport has started, with the athletics launching into 10 days of track and field in Tokyo. 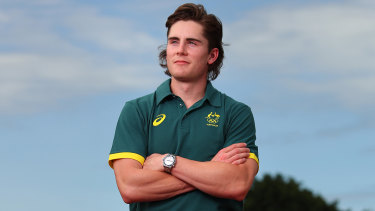 What isn’t different this year? No crowds, no Sally Pearson, no Usain Bolt.

The athletics program has flipped and on the first day of the program we have the women’s 100 metre heats. That’s new.

Shelley-Ann Fraser-Pryce is aiming for a third Olympic gold medal in the 100m after winning in Beijing and London. No woman has ever done that in any track event.

She is 34 now, so the years are against her, but so too is her Jamaican compatriot Elaine Thompson, who was the woman to deny her Olympic gold in Rio in the 100m when Thompson did the double and won the 100 metres and 200 metres.
So the question is equally asked not if Fraser-Pryce can win a third gold, but can Thompson back up Rio and win a second successive 100m gold? And can she make it a 100m-200m double again In Tokyo?
Look out for Brit Dina Asher-Smith. She’s 25 and a serious talent. She is the top-ranked 200m runner in the world this year and is the second best in the 100. She is the reigning 200m world champion and was on the podium in the 100m. She will be there.

These are the first AB games – After Bolt.
With no Usain Bolt, who comes next? Well, it was to be Christian Coleman but a doping violation has kept him away.
Logically it is American Trayvon Bromell because he has routinely run the quickest times of the year and was the best-performed at the US track and field trials. He is the fastest man in the past 12 months with his 9.77 in Florida a fortnight ago.

There are a couple of South Africans to keep an eye on, Akani Simbine and Gift Leotlela, but if Japanese talent Ryota Yamagata does something special you can forget about the COVID state of emergency and Tokyo-wide ban on selling alcohol. Tokyo will party.

Who are the Australians to watch? 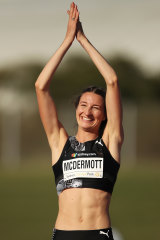 These aren’t a Games where we have a Sally, a Steve, or a Cathy to guarantee one gold. We don’t even have a cheeky star of whispering loudly (otherwise known as race walking) in Jared Tallent or Dane Bird-Smith now to hang our hats on for a bankable medal, and in Tallent’s case a gold if he isn’t dudded for it by a Russan drug cheat.

It is not that kind of Olympics for us. We have not Tallent, but we do have talent.

Nicola McDermott is probably Australia’s best chance of a medal at the games. It could easily be gold. She became the first Australian woman to clear two metres when she jumped exactly that height earlier this year. Then, to prove it was not a rogue effort, she followed it up and went higher, clearing 2.01m in europe three weeks ago. Presently she’ be considered third favourite but she is peaking at the right time and continues to keep jumping higher.

A devout Christian, she puts her performances down to her faith lifting her higher. Praise be, she could win gold for Australia.

Stewart McSewyn is a prodigious talent. He is in the best handful of 1500m runners in the world over the past year. You must have read about him, please say you have. He is from King Island and is a bona fide world talent. He qualified in the 1500, 5000 and 10,000m for Tokyo but is only competing in the 1500m.

Australia has had one male qualify for the 1500m final in 40 years and now find themselves with a serious chance of having three runners qualify – McSweyn, Ollie Hoare and Jye Edwards.

McSweyn ran the fourth-best time in the world this year when he ran a personal best in the last Diamond League meet in Monaco. The three times faster than his this year were all run in that same race by the three men who finished ahead of him. He was a quarter of a second off third place that night and could easily be on the podium in Tokyo.

It will be hard for McSweyn to get past Timothy Cheruiyot, the Kenyan who has finished second and first in the past two world championships.

This has been an event dominated by African runners, and not just any African runners but Kenyans – five of the seven fastest men ever at the distance are Kenyans – but also working in McSewyn’s favour is this…for all of Kenya’s dominance, a Kenyan has not won gold in the event since 2008.

McSweyn and the man with the third best time this year, Norway’s Jakob Ingebrigtsen, are challenging the African dominance. One of them, if not both, will be on the podium.

Rohan Browning is the emerging superstar of Australian track, competing in the biggest event at the Olympic Games- the men’s 100m. It is the most watched event on TV and the most captivating.
Browning won’t win gold, don’t be silly. But getting into a semi-final or, heaven forbid, the final and breaking 10 seconds in doing so would be simply extraordinary.

Browning is just 23 years old and has been on a constant trajectory of improvement. He has flirted with officially breaking 10 seconds – he did it with an illegal wind – and is now consistently running 10 seconds flat. Anyone running those times is a serious talent and with luck, heat and serious competition could be pushed to new ground.

For degree of difficulty, forget medals, if Browning breaks ten and makes a final that is gold.

Eleanor Patterson. Remember her? The shy girl who won gold in Glasgow at the Commonwealth Games in 2014 as an 18 year old. She has had some injuries and other issues but has sneakily come back into her best form. She is only a whisker behind McDermott with a best jump of 1.98m and is a serious medal contender adn a proven performer on the big stage.

Kelsey-Lee Barber is the reigning world champion javelin thrower so must be considered on that basis but she had battled for form after injury. There is a suspicion she is again carrying something after withdrawing from a recent competition. It would be a surprise if she was able to pull it out from here, but she is a world champion so you cannot discount her.

Discus thrower Dani Stevens is a world gold and silver medallist and two time Commonwealth gold medallist so she has the credentials. She has not throw at her best after returning from injury but she is an athlete to watch.

I like Ash Moloney in the decathlon. He is still young but he won the under-20 world championship as an 18 year old in 2018 and has improved rapidly since then. He has run the third-fastest time ever for a 400m by a decathlete of any age. That gives him serious cred. 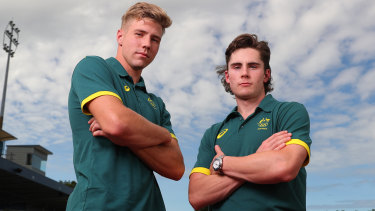 It might still be premature for him in a punishing sport that favours mature athletes, but when he won the national title earlier this year he scored just under 8500 points and anything in that vicinity or above will have you in medal contention.