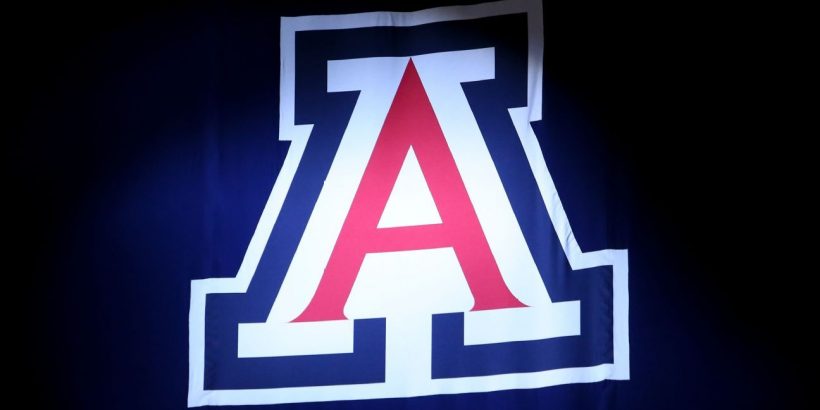 “I believe in [coach] Tommy Lloyd’s philosophy and how he coaches,” Veesaar said. “I’ve had my eyes on playing college basketball for some time now, and I believe that Arizona is a great fit to make a jump between youth and professional sport.”

The 7-foot 18-year-old from Estonia is considered arguably the most promising European prospect committing to the college route in the class of 2022. He was identified as a 15-year-old at the FIBA U16 European Championship, where he had a strong performance playing up a year on the competition, helping him land a contract with European powerhouse Real Madrid, the gold standard of junior programs on the continent.

Veesaar has steadily progressed over the past three years, winning the prestigious adidas Next Generation Tournament in 2021 and earning a call-up to represent the Estonian senior national team as a 17-year-old, making him the youngest Estonian player ever to see minutes in a FIBA qualifier.

Again playing up a year on the competition, Veesaar had an outstanding showing at last summer’s FIBA U18 European Challengers, averaging 16.2 points, 11.6 rebounds, 3.8 blocks and 2.6 assists, while hitting one 3-pointer per game.

Veesaar has an intriguing skill set for a modern big man, with a 7-2 wingspan, excellent size, mobility and perimeter shooting ability that could allow him to emerge as a legit NBA prospect as his lanky frame fills out in time. He’s quick off his feet for lobs or putback dunks, but he shows promising ballhandling, passing ability and shooting range, as well as the ability to protect the rim and clean the defensive glass.

Weighing 207 pounds, and being the same age as most rising high school seniors, Veesaar’s ability to add bulk will play a major role in how quickly he’s able to emerge as a significant contributor at Arizona. But he doesn’t shy away from contact and will change the geometry of games by virtue of his ability to stretch the floor — making 28 3-pointers in the 35 games he played this season.

Arizona is coming off a promising first season under head coach Lloyd, a longtime assistant at Gonzaga who took the reigns in Tucson a year ago and led the Wildcats to a No. 1 seed in the NCAA tournament and a Pac-12 championship. With Arizona likely to lose three underclassman starters to the NBA draft in sophomores Bennedict Mathurin, Dalen Terry and Christian Koloko, Veesaar will look to slide into playing time behind incumbent big men Oumar Ballo and Azuolas Tubelis.

Veesaar will be one of eight international players on Arizona’s roster next season, joining Lithuanian twins Azuolas and Tautvilas Tubelis, fellow Estonian Kerr Kriisa, Adama Bal from France, Pelle Larsson from Sweden, Ballo from Mali and Serbia’s Filip Borovicanin. The Wildcats are also recruiting Canadian combo forward Leonard Miller, who is testing the NBA draft waters. Veesaar said that Arizona’s success with internationals was a key selling point in his recruitment.

“It helps to fit on the team not being the only foreigner and the play style is different because they are used to having different players from different continents,” he said. “The basketball background varies a lot depending on where you grow up, so I think they have a nice mixture from different cultures.”

Veesaar said he will arrive on campus in Tucson in August, after spending the summer with the Estonian senior national team as part of the club’s FIBA qualifying campaign.

Jonathan Givony is an NBA Draft expert and the founder and co-owner of DraftExpress.com, a private scouting and analytics service utilized by NBA, NCAA and International teams.