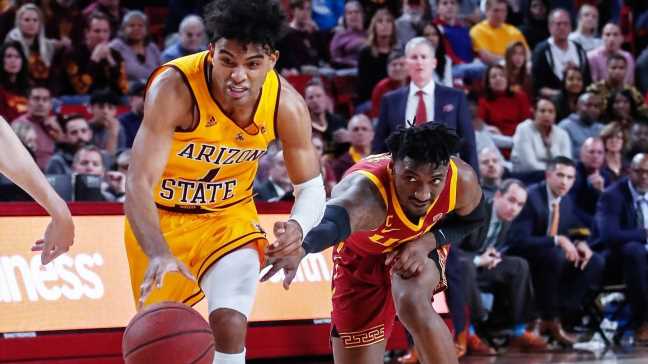 Martin, one of the most productive guards in college basketball over the past two seasons, will graduate before spending his final season elsewhere.

Martin announced last week he was not returning to Arizona State next season, saying he was “going to be pursuing my NBA dreams.” While he still could decide to turn pro, he also now has the option to transfer to another school.

A 6-foot guard from California, Martin averaged 19.1 points and 3.7 assists last season after putting up 19.1 points and 4.1 assists in the 2019-20 season. He earned first-team All-Pac-12 honors in each campaign. Martin entered last season as a preseason All-American and the favorite for preseason Pac-12 Player of the Year honors, but Arizona State endured a disappointing season, finishing 11-14 after expectations of a Pac-12 title entering the season.

Martin becomes arguably the best available transfer in the portal.