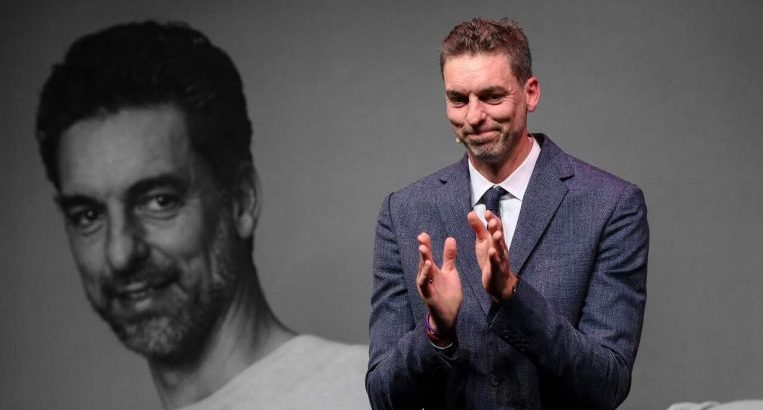 BARCELONA (AFP) – Double NBA winner and Europe’s most successful basketballer Pau Gasol said on Tuesday (Oct 5) he had made the “difficult decision” to retire, but at 41 was at ease with his choice.

Gasol, the older brother of recently-released Memphis Grizzlies centre Marc Gasol, won the competition in 2009 and 2010 during his time at the Los Angeles Lakers.

Two years ago, he suffered a foot injury which threatened to end his career earlier than planned.

“It is a difficult decision. As you can imagine, it is difficult, after so many years, but it is a considered decision, you have to change gear a little, and know how to enjoy it,” ex-centre Gasol told reporters at a press conference in Barcelona.

“I wanted to end up playing and enjoying myself, not on crutches and with operations,” he added.

He was a six-time National Basketball Association (NBA) All-Star after being named the league’s Rookie of the Year in 2002 and won his two NBA crowns alongside the late Kobe Bryant.

“One last word for my friend Kobe Bryant. I would have really liked for him to be here, but it’s not possible,” Gasol said with tears in his eyes.

“Life isn’t fair some times. He taught me how to be a better player, a better leader, I always considered him as a big brother,” he added.

For Spain, Gasol, who also had spells with the Grizzlies, the Chicago Bulls, the San Antonio Spurs and the Milwaukee Bucks, claimed two Olympic silver medals and a bronze as well as three EuroBasket crowns.

He was the leader of his country’s generation nicknamed “The Golden Kids” as he led a side including his sibling as well as former Grizzlies shooting guard Juan Carlos Navarro and ex-Portland TrailBlazers small forward Rudy Fernandez to the 2006 Fiba World Cup.

The Catalan, standing at 2.16m, is among the continent’s greatest players in the NBA along with German Dirk Nowitzki, Croatian Drazen Petrovic, the “Greek Freak” Giannis Antetokounmpo and Frenchman Tony Parker, who he passed as EuroBasket’s leading scorer in 2017.

His last international appearance came at the Olympics in Tokyo during the quarter-final defeat to the USA.

He finished his club career with a Liga ACB title in Spain in June while with hometown club Barcelona but failed to clinch the EuroLeague.

“I am thankful to all. Having won one more league with Barca,” he said.

Gasol said he did not want to become a coach but indicated that his future still lay within the game he has graced for over 20 years.

“Consultant or director… We’ll see. I’ve already started to speak with many NBA teams,” he said.