Damien Cotter has come a long way from Ferntree Gully.

The Chicago Bulls assistant coach often looks around whichever NBA stadium he is in and almost has to pinch himself when he considers how he has gone from the coach of the Knox Raiders men in the old South East Australian Basketball League in the early 2000s, to now working alongside the best players and coaches in the world. 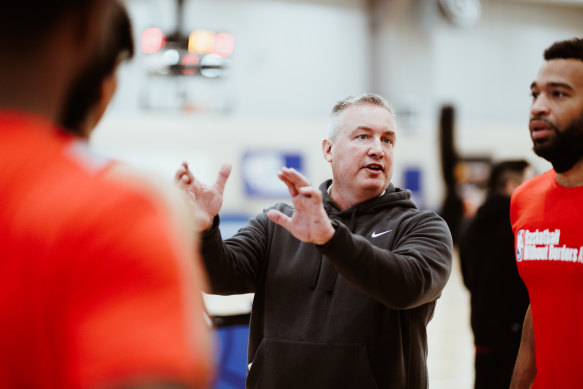 Cotter was back in Australia last week as one of the coaches at the NBA’s Basketball Without Borders Asia camp in Canberra, where he was working alongside Bulls guard Coby White and several other NBA players to train the best 16-year-olds in the region.

“I like playing a role, I like being an assistant coach as it’s beyond my wildest dreams that I’m in the NBA,” Cotter said.

“If you had said that to me 10 years ago, I would not have believed you.”

Six years ago, Cotter left Australia looking for a “positive” basketball experience in the US after the disappointment of becoming coach of the Sydney Kings only to be let go 12 games into an injury-hit season in 2015-2016.

That positive experience was as an assistant coach with the Long Island Nets in the NBA G-League and Cotter’s work ethic and skill were noticed by the Capital City Go-Go, Washington’s G-League team, where was lead assistant the next season before Chicago recruited him to lead its Windy City Bulls team in 2020.

Despite that season being ruined by the COVID-19 pandemic, Cotter’s work was recognised by the Bulls’ front office who moved him to the NBA team where he remains as one of coach Billy Donovan’s assistants heading into the new campaign.

“I went over there for six months and now I have a green card and have bought a house,” Cotter said.

“I wanted a positive experience in the game. In coaching, as a profession, you go through ups and downs. What has been lucky for me is that I’ve had five promotions in five years, and I love working there.

“You just do your job – there are so many smart people and it has been very good for me. I’m grateful and privileged to be there.”

Cotter set his sights on coaching early in life and he enjoyed many of his best experiences in the caper so far at the Australian Institute of Sport (AIS), where he spent time in the coaching pathway. He also had stints coaching junior national teams, along with spending several years as an assistant coach for the Australian Opals.

“I went over there for six months and now I have a green card and have bought a house.”

The NBA lifestyle is an exhausting one but the work and the ability to work in the background suits Cotter, who admits he tries to keep a low profile and focus on his job.

“It’s the pinnacle – probably the NBA and also the Premier League are the truly global leagues with the support and the make-up of the teams,” Cotter said.

“There are a lot of games and everyone has their role, and you have to perform every night.

“The thing I love about it is that a lot of us come from humble beginnings. Most of the blokes we coach have got pretty cool backstories about dealing with adversity and overcoming that.”

Being back at the AIS Training Hall in the past week brought back plenty of memories for Cotter, and he hopes to continue setting an example for other coaches to follow in the future.

“I spent so much of my development in this building as part of the development pathway,” Cotter said. 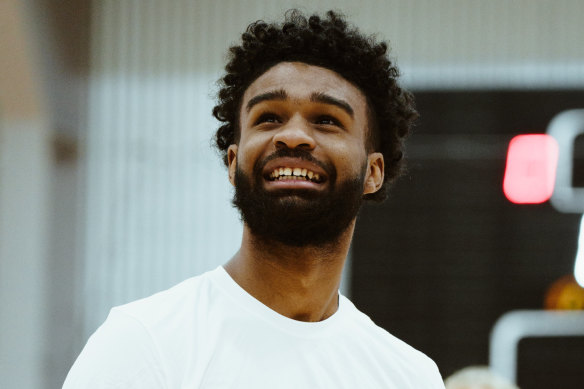 “I do pinch myself a lot and I don’t let myself have bad days.

“Today you are an accumulation of all your experiences so I call on my Knox days, my institute days, my national team days and even my Sydney Kings experience.

“I’ve you take your opportunities, you work hard and deal with your adversity then good things can happen and, for me, that is what the NBA is all about.”

‘We have championship standards’: Coby White

White revealed a number of the Bulls’ players had been working out together in Los Angeles before he headed to Australia for the BWB camp in Canberra.

Despite bringing in a number of new players last season, including DeMar DeRozan and Lonzo Ball, the Bulls were atop the Eastern conference at the All-Star break before COVID-19 and injuries ruined their campaign.

White said team chemistry had grown and the Bulls wanted to win over their city and rise up the standings this season.

“Before I came out here we were all together in LA so, with a full summer, anything is possible for us – the ceiling is limitless,” White said.

“We want to make the playoffs, definitely, but we have championships standards over here – we are trying to win.

“A lot of people don’t realise that a lot of those [contending] teams like Milwaukee, Phoenix, Golden State, and Boston have been together for years. Their core has been together.

“That was our first year, we had a whole new team, so it takes time to get better.”

Roy Ward travelled to the NBA Basketball Without Borders Asia camp courtesy of the NBA.