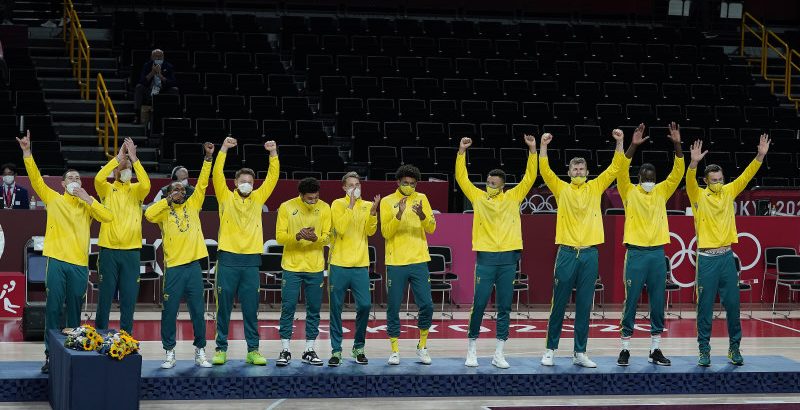 When it comes to thriving in a make-do situation, stand-in Boomers coach Rob Beveridge ranks among the best in the world.

Beveridge has been appointed by Basketball Australia to lead the Boomers for their three-game 2023 FIBA World Cup qualifying window in Japan from February 25-28. 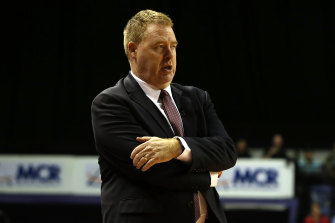 While the NBA Boomers finished fourth at the FIBA World Cup in 2019 and claimed the bronze medal at the Tokyo Olympics last year, it was their NBL brothers who made sure the team was in that position by winning the bulk of their World Cup qualifiers against Asian teams in the previous two years.

That first round of qualifying has been repeatedly pushed back by COVID-19, with the Boomers yet to play any games due to the closing of Australia’s borders last year, whereas China, Japan and the Middle East countries have played two games each.

This squad will be a throw-together of available NBL players, overseas players and younger Australian talents and preparation time will be limited but this is where Beveridge’s experience stands out.

He coached Australia’s university games side to a bronze medal in 2019, with the group of local and US-based players only meeting up in the lead-up to the tournament, while Beveridge led the Scotland men, the nation of his father’s birth, to the semi-finals at the 2018 Commonwealth Games, again only meeting in the lead-up yet shocking England and several other sides to make the final four.

Brian Goorjian was not able to leave his Illawarra Hawks side to lead the team, which opened the door for Beveridge to take up the role for this window.

“It’s going to be a tough challenge but I have experience in preparing teams with very, very limited time,” Beveridge told Hoops Heaven on Thursday.

“The World Uni Games team met for the first time at our hotel in Naples and had two days to get going, yet we won a bronze medal. It’s about implementing a system the players feel comfortable with.

“I’ve worked with the Nike Hoops Summit [world team] for six or so years as well, where you only have a few days to prepare before the game.”

Olympic qualification is now based on how well a team performs at the World Cup. The Boomers secured their spot in Tokyo when they made the quarter-finals at the 2019 World Cup and New Zealand didn’t, so making the World Cup is essential for the national team. 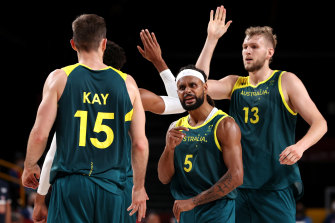 The Boomers in action in TokyoCredit:Getty Images

Beveridge’s Boomers won’t feature the NBA stars we saw in Tokyo and he isn’t expecting NBL-based stars like Matthew Dellavedova, Chris Goulding or Nathan Sobey to be released by their clubs, with the NBL to play on during the window after losing games to COVID-19 postponements.

BA is currently putting together its roster and NBL clubs are assisting where they can with the hope that some of the younger players could be released for the window.

Selectors have also reached out to players around the world to see who is available. Hoops Heaven understands NBA G-League player and potential NBA draftee Dyson Daniels was among those approached but wasn’t able to make the trip, while Japan-based big man Nick Kay is another hopeful with his league pausing for qualifying.

“BA and the NBL have a really good relationship and BA understands where the league is at with COVID [ravaging] all the teams, they can’t stop if they want to finish the season on time,” Beveridge said.

“In reality, we are not getting the Dellavedovas, Gouldings and Sobeys – the top-notch players who have been part of the Boomers program. We will assemble a group of players with some [NBL] DPs [development players], guys in Europe and Japan.

“I think the bulk of them will have been in the national pathway before so they know the pressure defence we want to play and those sort of things, which will help.”

Among the players Beveridge coached at the World Uni Games in 2019 were current NBL players Dejan Vasiljevic, Jack White, Will Magnay, Kyle Zunic, Tanner Krebs and Kyrin Galloway – if some of them are made available they could help make a good core for the three games.

The Boomers play Chinese Taipei on February 25 and 28, along with facing Japan on February 27. Venues and game times are yet to be announced but Beveridge intends to make the most of the experience.

“We want to send a team over to win all three games,” Beveridge said. “But we are not thinking that if we lose it will be catastrophic or anything like that, it’s an opportunity to blood some players that will be future Boomers. We are taking the best players available but we are also looking to create depth for the next four to eight years down the track.”

‘It’s not cricket’: Tough going to get COVID players

With COVID-19 forcing postponements around the NBL in recent weeks, fans were quickly asking why teams weren’t bringing in replacement players from lower leagues like the NBA or even the local Big Bash cricket tournament. 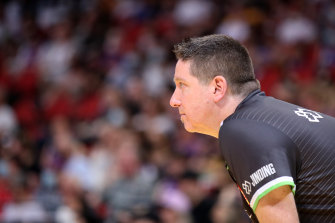 But South East Melbourne Phoenix coach Simon Mitchell gave a good explanation why that is much harder to do for NBL sides, although teams can bring in short-term replacements on a game-by-game basis.

“We are bound by NBL protocols, you can’t just bring guys in,” Mitchell said.

“If you are bringing [local] players in, they are generally out of season. In cricket, everyone is in season, so everyone is playing and in game shape so it’s a different situation.

“We don’t have access to those second tier of players to come in. We do have our five training guys who have been fantastic, although we have a couple of them go down at times [with COVID or close contacts] so it’s tough.”

The Phoenix have made a boom signing to fill their vacant import slot, with former New Zealand Breakers big man Brandon Ashley joining for the rest of the season.

Ashley impressed with the Breakers in 2019-2020 as a power forward or smaller centre who was athletic, could block shots and could score from inside and out. He’s also in good shape after playing in Italy and the NBA G-League Ignite team in recent months.

He looks a good fit for what the Phoenix need to complement Zhou Qi and Mitch Creek.

The NBL hopes it will complete all seven games scheduled for this weekend after COVID issues in recent weeks, while the Sydney Kings expect to have imports Jaylen Adams and RJ Hunter back fit for this round which will be a big boost to their hopes.

The WNBL has begun its run of games in Victoria during January, with the Perth Lynx beating Southside Flyers 83-79 in Ballarat on Wednesday night.

The league was due to play 15 games around the state during the coming weeks, with the Lynx playing in many of the games as they are unable to host teams in Western Australia at present.

The Lynx look a serious contender despite being away from home, with WNBA forward Marina Mabrey starring with 23 points, nine rebounds and six assists in the win.

Melbourne Boomers take on the Lynx in Ballarat on Monday in what should be another stern test of both sides’ title hopes.